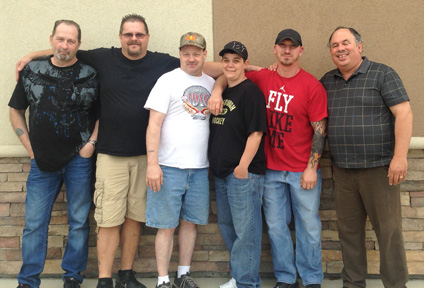 For the second consecutive contract, UE Local 329 members employed at Kennedy Valve have made substantial gains in wages, benefits and working conditions. On June 7 members overwhelmingly ratified a new four-year agreement which was the result of careful work by the local leadership and UE staff. Kennedy Valve, a foundry, is a leading producer of fire hydrants and water valves.

The agreement raises hourly wages by $1 immediately and 50 cents in each of the last three years of the contract. The first year wage increase alone is more than 5 per cent.

In the months leading to negotiations and during bargaining, union officers conducted surveys and membership meetings to involve all members in the process. “Keeping the members informed about what was going on at the bargaining table was key to winning a good contract,” says Local President Kevin Elmquist.

In addition to improved wages, Local 329 members reduced their monthly health insurance contributions from $120 to $70 without loss of any healthcare benefits.  Healthcare was improved with the addition of audiology examinations and with annual vision care benefits.  Previously eye doctor visits and eyeglasses were covered once every other year.

The local bargained in coalition with the International Association of Machinists (IAM) Local Lodge 1379, which represents workers in the machine shop.  UE and IAM committees bargained separately on issues of seniority, health and safety, grievance procedure, and vacation scheduling, but jointly bargained with management on wages, healthcare, holidays, and pensions.  During the last week of bargaining the IAM and UE negotiators functioned like a single bargaining committee and hammered out a fair contract with management.

For the first time in more than 25 years, UE and IAM bargainers added a new holiday, Christmas Eve, which becomes the 13th holiday for all Kennedy Valve employees.  Life insurance benefits were improved by $2,500, and weekly Sickness and Accident payments were improved by $40.

In a major win for Local 329 members, UE also negotiated language which stops management from scheduling a vacation shutdown during the final week of December.  Under the old language, members were required to save a week of vacation for a winter shutdown.  A new contract provision restricts the one-week vacation shutdown to June, July, or August.  This year’s announced December shutdown is now voluntary and UE members are free to use their vacations this summer.

“Kennedy Valve has turned itself into a progressive employer which values its employees and their labor,” UE International Rep. Gene Elk commented.  “Ten years ago Kennedy Valve was featured in a negative New York Times article entitled ‘A Dangerous Business’ which blasted the company’s safety record.  Since then, local management has worked hard with us to improve safety, wages and benefits, as well as its relationship with the unionized workforce.”