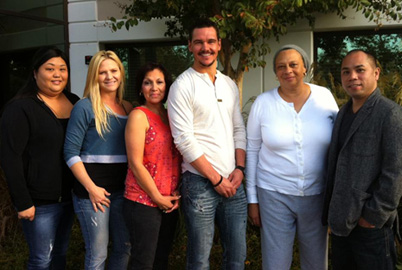 Members were pleased to learn about a new performance evaluation system negotiated as part of the new contract. The local hopes that the new system will be less open to manipulation by supervisors than the old system. Members’ raises are based on their annual evaluations, and under the new contract, a “meets expectations" (or satisfactory) level will garner a 2.75 percent increase in base hourly pay, and an "exceeds expectations" level will earn a 3.25 percent increase.

The increases in shift differentials vary between evening and midnight shifts and among job grades, but all workers on the late shifts will receive increases of 25 or 50 cents in their hourly shift differentials. There are also increases in on-call and standby pay ranging from $1.50 to $2 an hour. New language also entitles workers to no less than four hours overtime pay for call backs. Another language change will make it easier for members to cash out unused hours of paid time off (PTO).

The union bargaining committee was able to fend off attempts by the hospital to include reopener language that would allow management to take back the gains just won by the union if any state or federal legislation is enacted which might impact that hospital's budget. With a variety of changes coming to the healthcare industry, such legislation is likely, and the committee insisted that the hospital should not be able to balance its books on the backs of the workers. The union prevailed on this argument.

"This agreement is far better than the last one," said Chief Steward Dee Nance. "I really think the committee did a good job, and the union won a lot of good things for the people."

UE Local 1004 represents over 600 members at the hospital in a variety of jobs, from certified nurse assistants and surgical techs, to pharmacy technicians and nuclear medicine technologists.