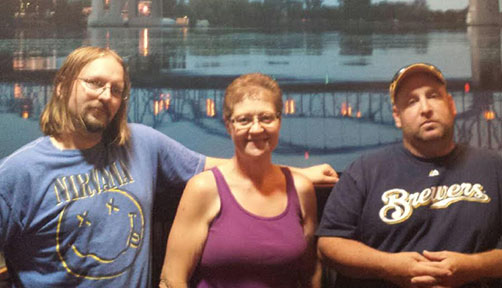 Local 1121 has negotiated and ratified a new three-year agreement with Aramark Industrial Laundry. The old contract expired at the end of April, but bargaining on a new agreement was not completed until July 11, and four days later the members ratified the new contract by 2 to 1.

The major issue was health insurance, where the company wanted to replace the existing 80/20 plan with a 70/30 plan, which would also impose higher employee contributions and a 25 percent co-pay on prescriptions. It also would have increased the out-of-pocket maximum from $4,000 to $8,000.

But workers resisted. “We had a lot of support from our members during negotiations,” says Charlene Winchell, local treasurer and a member of the UE General Executive Board. “Everyone wore T-shirts and stickers, and as we approached the end of negotiations we all made and put signs in our cars.”

In the final agreement the local maintained its current 80/20 health insurance. Premiums will go up between $5 and $10 a week in January 2015, and each January after that. Wages increase by 25 cents each year. The union also agreed to language that would allow a work schedule of four 10-hour days in part of the plant. “It could affect up to three-quarters of the plant, if the company ever does it,” says Winchell. “They wanted it in place if the work load significantly increases. The company would have to hire a lot more workers before changing to this work schedule to cover the rotation. We would be working five days a week in the plant with workers having there select day off by seniority.” Currently the plant operates on a five-day schedule with two eight-hour shifts.

“Many of those who voted no did not like the possibility of 10-hour shifts, which some were afraid could lead to 12-hour shifts,” says Winchell. “But the fact that we were able to keep our 80/20 health plan was a major accomplishment, because the company was very insistent that we had to give it up.”