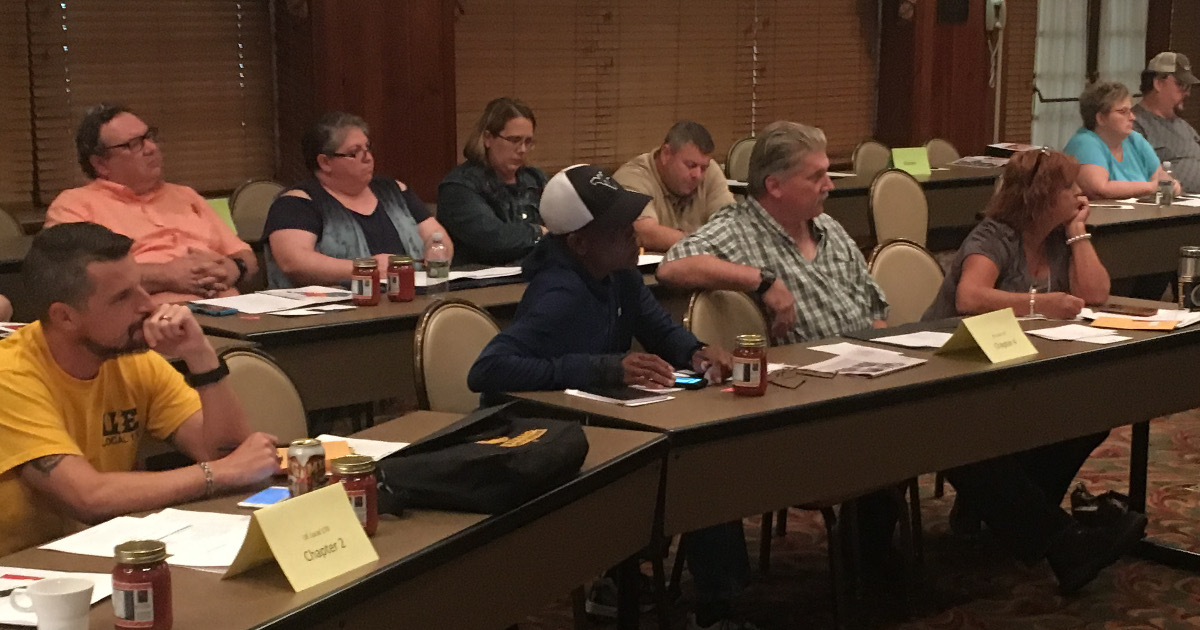 On September 29-30, delegates from across the Mountain State met here for the convention of UE Local 170, West Virginia Public Workers Union.

2018 has already proved to be a momentous year for public workers in West Virginia. Rank-and-file members of three public school unions staged a nine-day illegal strike during the regular legislative session, and UE Local 170 members frequently joined the picket lines throughout the state, as well as the massive rallies held in support of the strike at the state capitol. Unlike the smaller teachers’ strike of 1990, public school districts were shut down in every county, buoyed by participation of all school employees — bus drivers, janitors, and other support staff as well as teachers.

The strike was prompted by plans to increase workers’ costs for health insurance and by the low wages paid in the state’s public sector. Early on, the grassroots insurgents re-branded the struggle as a struggle for all public workers, as the state legislature controls health benefits and pay for school district and state employees alike.

The strikers were up against an anti-labor legislature, which had previously passed a right-to-work law and gutted prevailing wages, and a governor whose hostility to the working class was increasingly clear.

Defying pressure from politicians and even their own union leadership to end the walkout, the strikers remained firm until the political establishment caved in to demands to give all public school and state workers a five percent across-the-board raise. Although the demand to adequately fund public health insurance was assigned to a study commission, any increases in costs were deferred for the immediate future. The failure of the government to ensure enough funding to roll back future health cost increases has left open the possibility of further wildcat strikes.

In addition to celebrating this historic event of rank-and-file solidarity, Local 170 members renewed organizing among state workers, laying the groundwork to establish two additional chapters, one in the state’s northern panhandle and another in the eastern panhandle. The Local has also re-energized its dormant retirees chapter, important as retired public sector workers are also covered under the imperiled health plan. 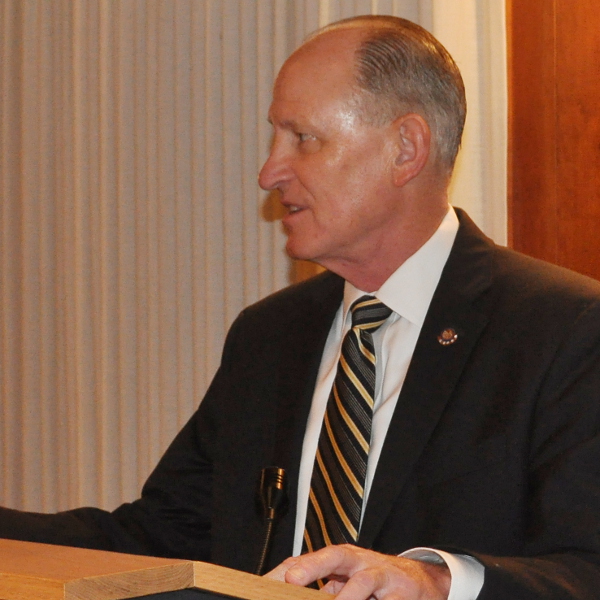 In the run-up to mid-term elections, Local 170 had conducted a standing-room-only candidates’ forum in its new union hall, which is located a block away from the state capitol in Charleston. Election-related activity continued at the convention with an address to union delegates by former state senate president Jeff Kessler. Kessler is now a candidate for one of the state supreme court seats left vacant by recent scandals over misuse of state vehicles and tax money. Kessler had led the fight in the state senate against the anti-labor measures that were taken when far-right candidates took over both the senate and house of delegates.

After Kessler’s presentation to the convention, delegates set about drafting the union’s political priorities for the coming election: preservation of health benefits, further pay increases and the struggle against privatization of essential state agencies.

Delegates then heard from UE Eastern Regional President Donna Morgan, a former activist and president of Local 170, as she detailed changes happening in the Regional and National Union and joint efforts involving other unions, including Canada’s Unifor. UE NEWS editor Jonathan Kissam addressed the delegates on the fight for good jobs and a democratic economy.

Delegates also unanimously ratified changes to the Local’s constitution, many of which were designed to facilitate the organization of the new chapters and to increase union density in state agencies.

During chapter reports to the convention, delegate after delegate recounted the participation of union members in solidarity with the public school strike and it was more than evident that the struggle has energized public workers to renew their efforts to bring in the union despite newly-created legal barriers to organizing.

Delegates then reelected Jamie Beaton as president, Leslie Riddle as vice-president, Tammie Posey as treasurer and LeeAnn Cole as recording secretary. Ervin Crim was elected as the local’s chief steward.

The 2018 Wheeling convention was held nearly twelve years to the day after a key moment in Local 170’s history. On September 19, 2006 three West Virginia state employees took a day of annual leave to drive to Pittsburgh for a meeting with John Hovis, Bruce Klipple and Bob Kingsley, UE’s national officers.

Since 1990, UE had increasingly become a home for public workers seeking a union run by the rank and file, with public-sector workers from Iowa to Connecticut, as well as the neighboring states of Virginia and North Carolina, organizing with UE.

On Presidents’ Day 2007 West Virginia state workers, including Local 170 members, rallied in the capitol rotunda to denounce the governor’s meager proposal of a one-time two and a half percent bonus. In less than 24 hours, the governor reversed his position with an offer to match the three and a half percent raise won by the highly organized public school teachers.

For its part, the national office of UE set organizing goals for West Virginia throughout the spring and summer of 2007. As each goal was met — and exceeded — the vision of a rank-and-file movement of public workers in West Virginia took shape and gained momentum.

One year after the initial trip to Pittsburgh, at the 70th national UE convention, a delegation from West Virginia was presented with an official charter for Local 170. A new chapter in West Virginia’s long struggle for the rights and freedom of working people had begun.

Much of UE Local 170's struggle has been to prevent continuous attempts to sell off public services to the private sector.

In 2007, Local 170 began public protests against the auctioning of state highway equipment. The alarm raised by the union about corrupt practices in the highway equipment division was finally vindicated in 2015 with a 96-count federal indictment, brought by US attorney William J. lhlenfeld, now a candidate for state senate.

In 2010, the union mobilized to thwart the wholesale privatization of the state’s technology office, which would have outsourced all computer and information technology.

Multiple attempts to liquidate six state hospitals in recent years, all undertaken at the behest of a cabinet secretary with ties to the private medical industry, have been turned back. The attempt is likely to be renewed when the legislature convenes in early 2019.

State workers, despite the current assault on their work and well-being, are finally positioned to tip the balance of power in West Virginia. With over 30,000 workers employed by state government, the prospect of those workers organizing and giving a new, united voice to the public service — on behalf of themselves and all citizens — represents an unprecedented opportunity to challenge the reign of corruption and cronyism.

“This is the task that lies ahead for UE Local 170,” says Gordon Simmons, one of the founders of Local 170 who is now a UE Field Organizer. “Realizing the vision of a union of the workers, for the workers, and by the workers, because a member-run union must also be, first of all, a member-built union.”

More photos of the Local 170 convention are available on the UE Facebook page.