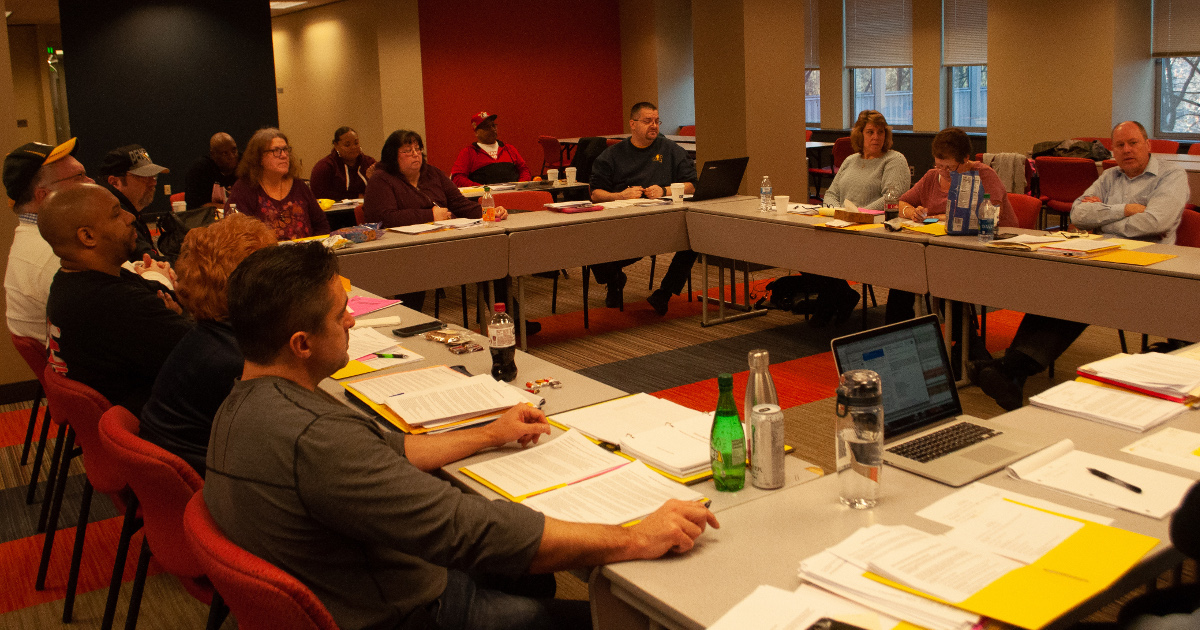 General Secretary-Treasurer Andrew Dinkelaker gave a report on the 2019 UE Convention, which will be held in Pittsburgh from August 29-29. He reported that the convention call will be going out to locals in April, and led a discussion of potential themes and speakers.

Director of Organizing Gene Elk gave the organizing report. He also introduced International Representative Mark Meinster who gave a powerpoint presentation on UE's organizing work over the past year, since the union established organizing teams based in Pittsburgh and Chicago. “With a larger team, we can do more than one thing at the same time,” said Meinster. The presentation included an analysis of data about organizing leads and which approaches to getting leads were most likely to lead to successful organizing campaigns. Meinster also reported on strategies being developed by organizers to generate more and better leads in the future. 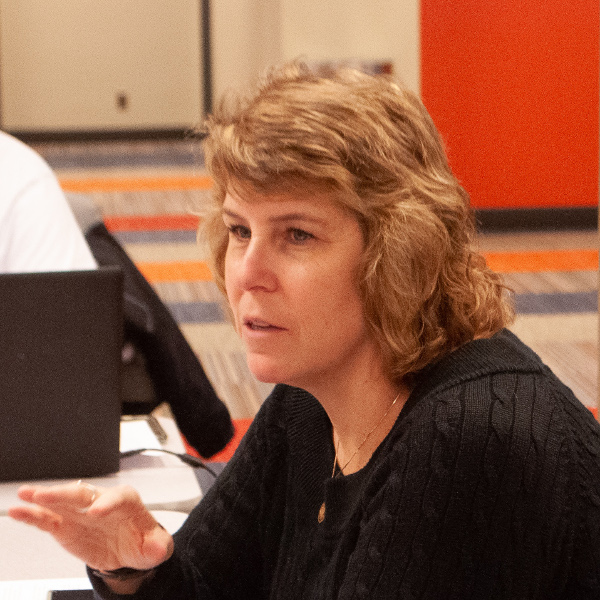 The GEB approved a set of proposed constitutional amendments, developed by a GEB task force on regional reorganization, to be considered by the 2019 UE Convention. The amendments, if approved by convention delegates and UE locals, will reorganize the union’s three existing regions into two new regions and provide safeguards for regional autonomy as the regions’ administrative work is transferred to national union staff.

GEB members and trustees reviewed their experiences at the North American Solidarity Project conference held in Port Elgin, Ontario in November. Local 610 President Antwon Gibson spoke to the importance of sharing experiences with other unions. “That's what sparked me to get more involved in the union back in the day,” he said, “because other unions that we talked to have the same issues that we have, they have similar struggles to the ones we have.” 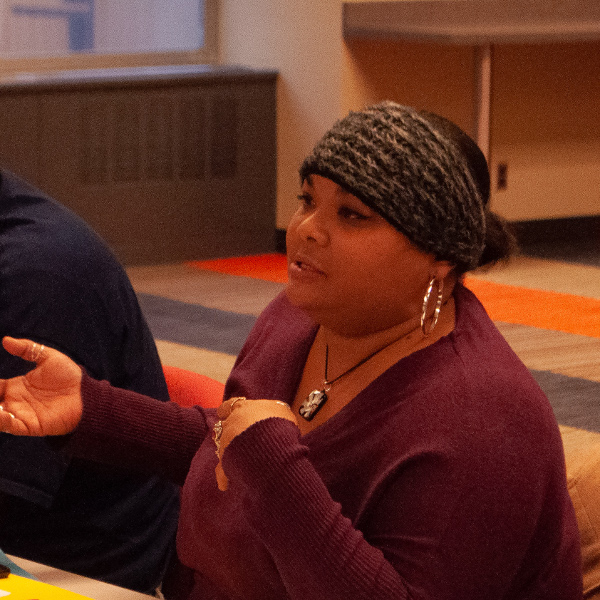 They also offered suggestions to strengthen the rank-and-file character of the North American Solidarity Project. National Trustee and Local 255 President Autumn Martinez suggested that the unions involved in the project should be addressing the question, “What are we doing as a working class so that our power is felt?”

General President Peter Knowlton reported that Unifor’s National Executive Board was “ecstatic” about the progress of the North American Solidarity Project, and that officers and senior staff from UE, Unifor, National Nurses United, the Utility Workers Union of America and the International Longshore and Warehouse Union will be meeting in Oakland in early February to discuss next steps in developing the project and joint work.

Knowlton also reported on the union’s progress in following the mandate from the 2017 convention to “[d]evelop a harassment policy to be presented at regional councils and national conventions, and develop an ombudsperson training and program to have point people available at regional councils and national conventions.” After long discussion, the GEB adopted a statement on “Anti-Harassment Principles, Responsibilities, and Procedures” in August, which was then discussed and adopted at each of the regional council meetings this past fall. The statement declares that

Building rank-and-file democracy and solidarity demands that we prioritize respect for each other so that all may fully participate in meetings, union activities, and the broader struggle.

All members, officers, and staff have the right to participate in the affairs of the union free of harassment and discrimination regardless of sex, gender identity, race, disability, age, religious views and any other status protected by state or federal law. Harassment within our union demoralizes and weakens the solidarity necessary among members and workers to collectively protect and defend ourselves against the organized forces of the system and employers that are against us. We all have an obligation to challenge and overcome behaviors that divide us as a working class. UE will not tolerate any forms of harassment, bullying, discrimination, or violence in any level of the union, and violations may result in actions being taken against members, officers, or staff.

It is all of our responsibility to create and preserve an environment of dignity and respect at all levels, and not to passively observe, nor encourage or participate in behavior which is unwelcome, unwanted, uninvited, inappropriate, or illegal. It is all of our responsibility not to partake in words or actions which humiliate, insult, or degrade any person. This may include, but is not limited to, unwanted comments, slurs, racist, sexist, transphobic, or homophobic jokes, offensive pictures or posters, bullying or intimidation, graffiti, non-consensual physical contact of any kind, inappropriate remarks about a person’s appearance or personal life, unwelcome sexual advances or demands, suggestive looks or gestures, mockery of religious practices or customs or desecration of religious imagery.

Knowlton reported that the union is developing a training for ombuds and that the officers will make recommendations to the May GEB meeting of individuals to serve as ombuds for the 2019 national convention. Selection and training of ombuds for regional council meetings will be in place for the fall 2020 meetings.

The board also carefully reviewed the union's finances and held in-depth discussions about how to keep UE financially sustainable into the future. They heard reports on the union’s education, political action and international work, and issued a statement condemning the federal government shutdown, calling for a “Green New Deal” and Medicare for All single-payer healthcare, and urging greater militancy and political independence on the part of the labor movement. 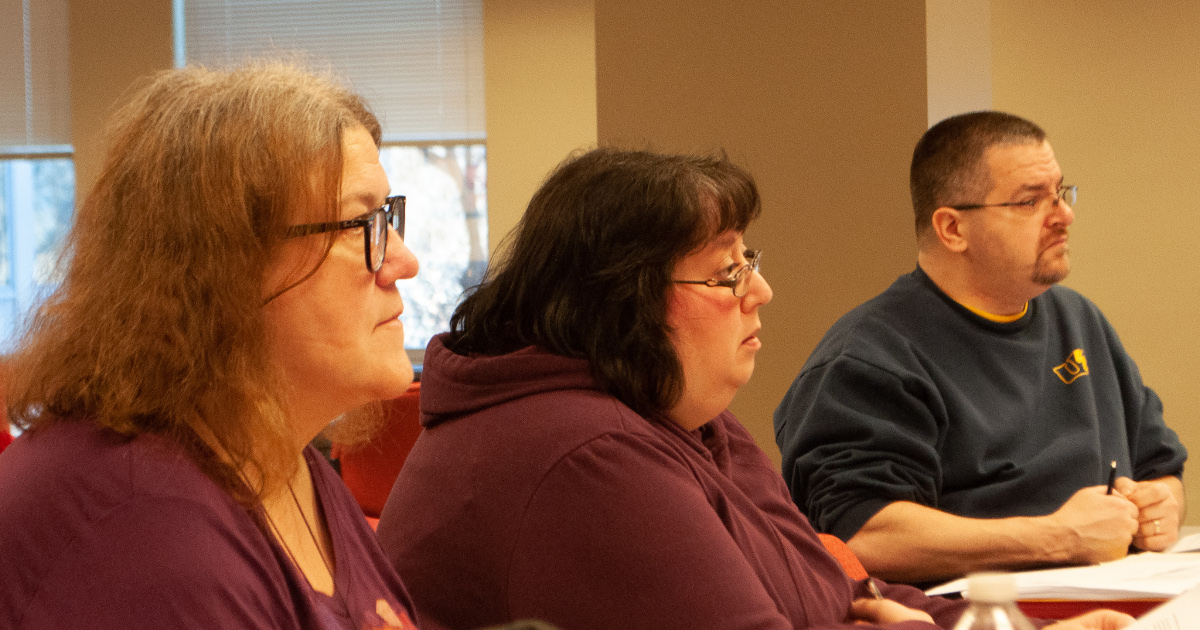