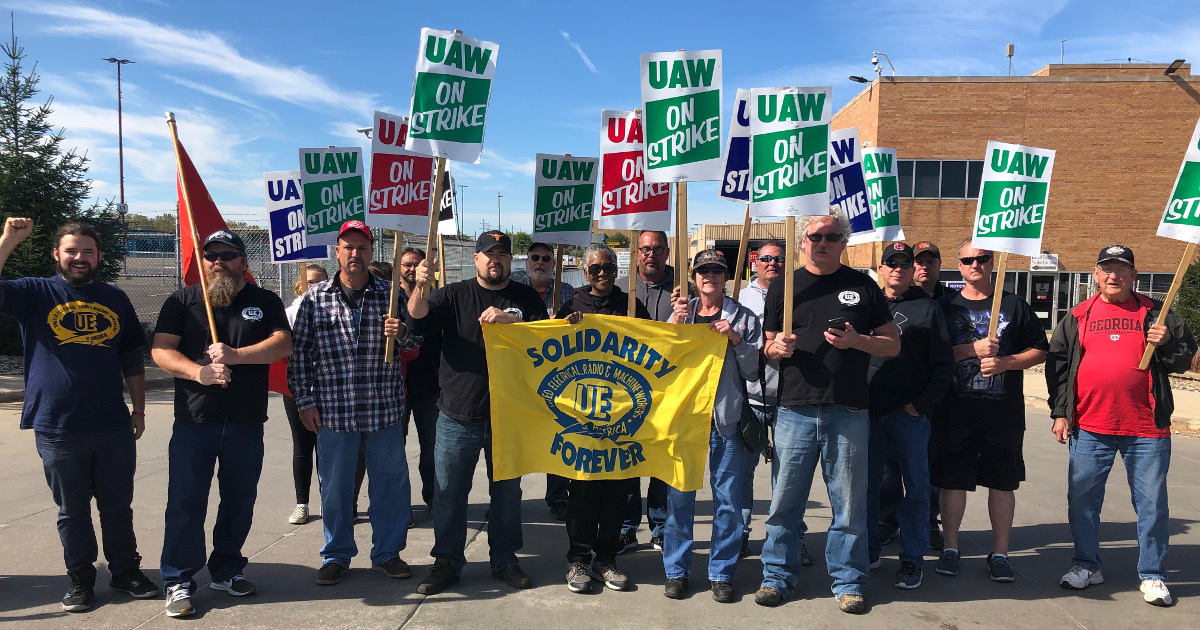 As the strike by almost 50,000 General Motors workers heads into its fourth week — with UAW officials reporting that talks have “taken a turn for the worse” — a UE delegation visited the UAW Local 1005 picket lines in Parma, Ohio on Saturday. Local 625 Recording Secretary Pat Pelar, Local 610 Vice President Jeff Kohler, UE General Counsel Irene Thomas and Field Organizer Ben Wilson brought with them a letter from Eastern Region President Donna Morgan pledging a $500 contribution from the region to the UAW strike fund. “We stand in full solidarity with the rank-and-file UAW members on strike against General Motors,” wrote Morgan, “who have set an example for the rest of the working class in the struggle for a more democratic and humane world.” 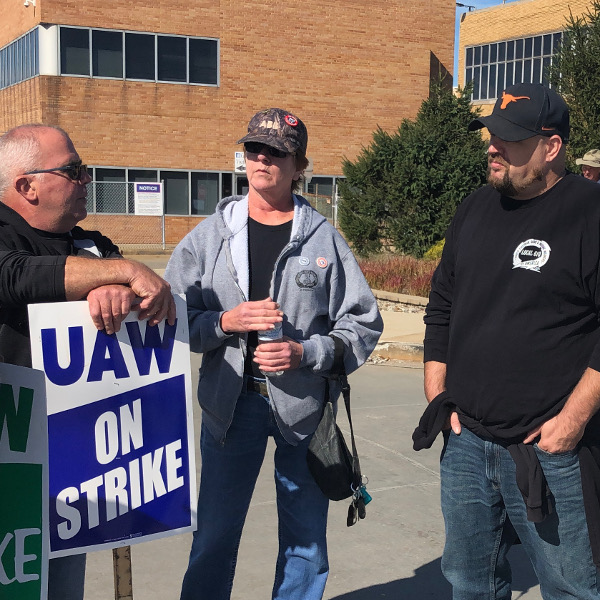 “I was happy to see how the community supported the UAW strikers. Our Eastern Region also donated $500 to their strike fund. As a group, we were proud to present the letter to them. We will continue to support these strikers in their fight against corporate greed. All UAW members we met on the picket line welcomed us, thanked us for joining them, and fed us lunch!” said Pelar.

Shortly after walking the line with the workers at the main gate, the UE group from the Pittsburgh area ran into Matt McCracken and Craig Krol from Local 506.

“Everyone we spoke to was pleased to see support from another union,” said McCracken, “and surprised that we would travel a couple hours to show that support. They talked about the reaction of the local community and how much help they were getting from Ford UAW. We urged them to stand strong, how happy we are to see them fighting back against a corporation they had saved from bankruptcy.”

“All they want is to get back what they had given up to save GM,” McCracken continued. “Record profits should be shared with the people whose labor is responsible for those profits.”

“What a great feeling to support the struggles of our brothers and sisters,” added Krol. 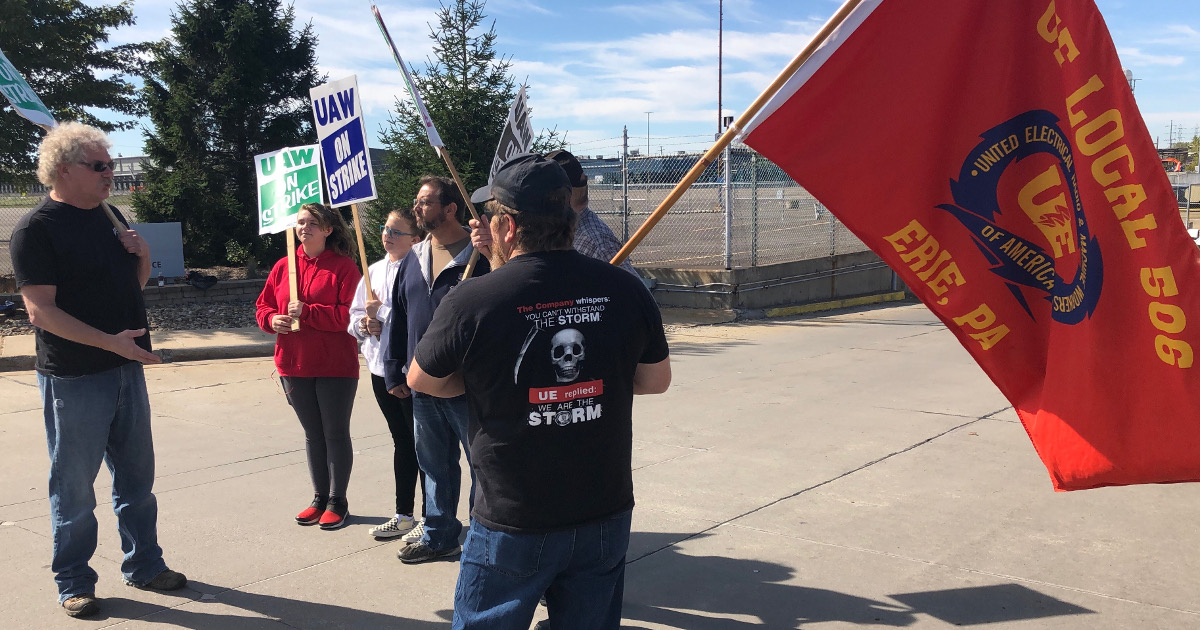 “I was proud to be a part of this strike,” said Kohler. “It was great to see the solidarity of the community and all of the unions who supported UAW Local 1005. Perhaps the most inspiring thing that happened was unexpectedly running into UE Local 506. That's what rank-and-file solidarity is all about.”

After joining lines at several of the gates in Parma, the Pittsburgh group went to the Lordstown plant, where workers were still picketing the mostly empty assembly plant, and demanding that jobs be restored to the community.

"It was eerie,” commented Kohler. “Coming here puts it into perspective- the devastation on the community which the closing of this plant has caused.”

Pelar added, “I felt a sense of desolation seeing such a large plant sit idle when people need and want to work.” 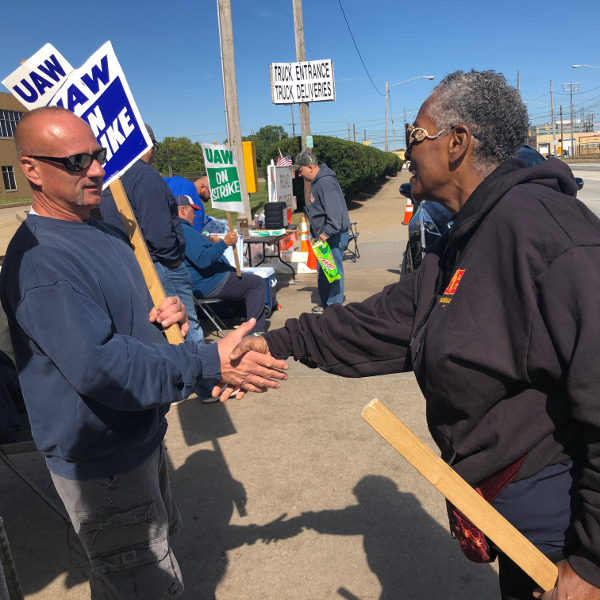 Reflecting on their visit to the picket lines, Thomas commented that she was “humbled at the effect of the workers' power on the company. Production stood still and the company’s profits, attained by those very workers, came to a screeching halt. Their fighting spirit should send a signal to big corporations that labor will continue to fight for their rightful share of the profits they made possible.”