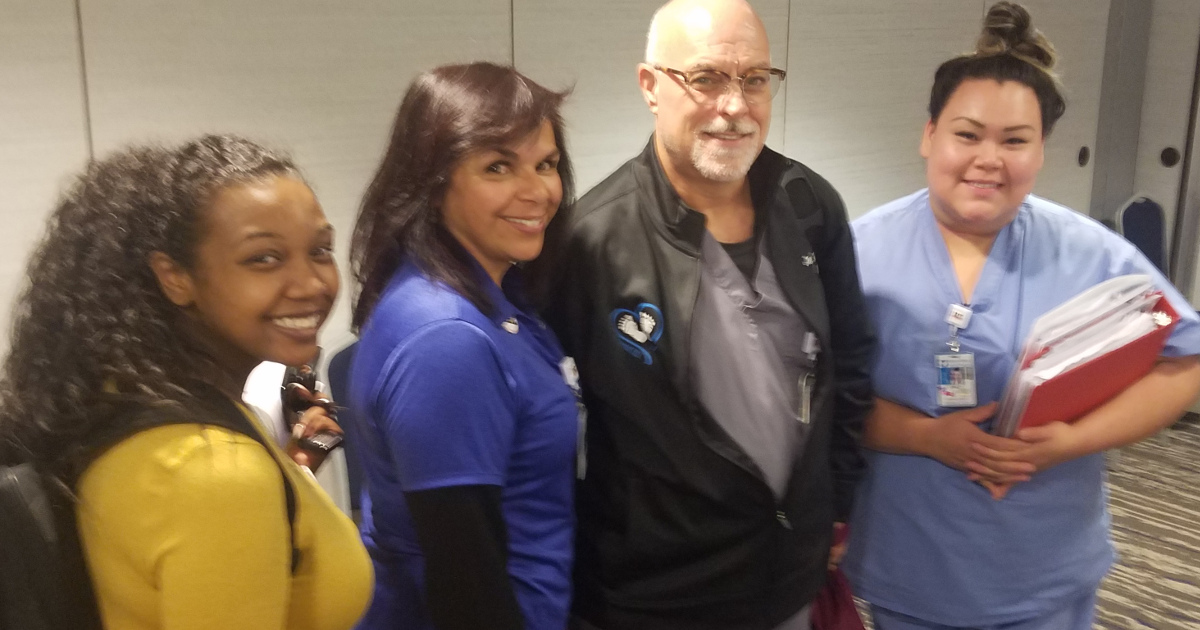 Members of UE Local 1004 ratified a new three-year agreement with Henry Mayo Newhall Hospital on February 6. The new contract includes wage increases, improvements to differentials and bereavement leave, and significant improvements to the ability of union officers and stewards to carry out their duties so that the local can better represent its members and build the strength needed to win more gains in the future.

Under the new contract, local officers and stewards will have more access to the workplace. Union officers and up to five pre-designated stewards who are off the clock will now have unescorted access to the hospital in order to enforce the contract as well as talk to members and distribute union literature, and language which had been interpreted to bar union representatives from the hospital was deleted from the contract.

In addition, union stewards can now be released from working to cover grievance or representation meetings as needed, and there will be additional options for meeting space for regular union meetings. Designated bulletin board space for Local 1004 will be provided in every employee-only break room, and newly hired employees will be notified at least one day ahead of the time for the union to provide a 30-minute orientation. Union leave to attend trainings and represent the local at national and regional union meetings will be also increased to a total of 25 days per years.

The wage scale was improved from the previous contract; most workers will receive between 3 and 3.75 percent wage increases each year of the contract. In addition, the contract establishes a new minimum wage ensuring that no worker will be paid less than 130 percent of the state minimum wage. This new floor will bring all current workers to $16.90 per hour immediately, and will rise to $18.20 in 2021 and $19.50 per hour in 2022 as the state minimum wage rises to $15.

Local 1004 also won increases to shift differentials, preceptor (training) differentials, and longevity differentials for workers with 20 or more years of service. Bereavement leave will now cover up to 36 hours of pay over three consecutive days — the previous cap of 24 hours being discriminatory against workers who work 10- or 12-hour shifts.

In the final week of bargaining, union members attended negotiations to demonstrate support for the negotiating committee. As part of the settlement, the union also agreed to withdraw unfair labor practices which had been set to go to a hearing in April.