Hundreds of Concessions? Local 269 Says No 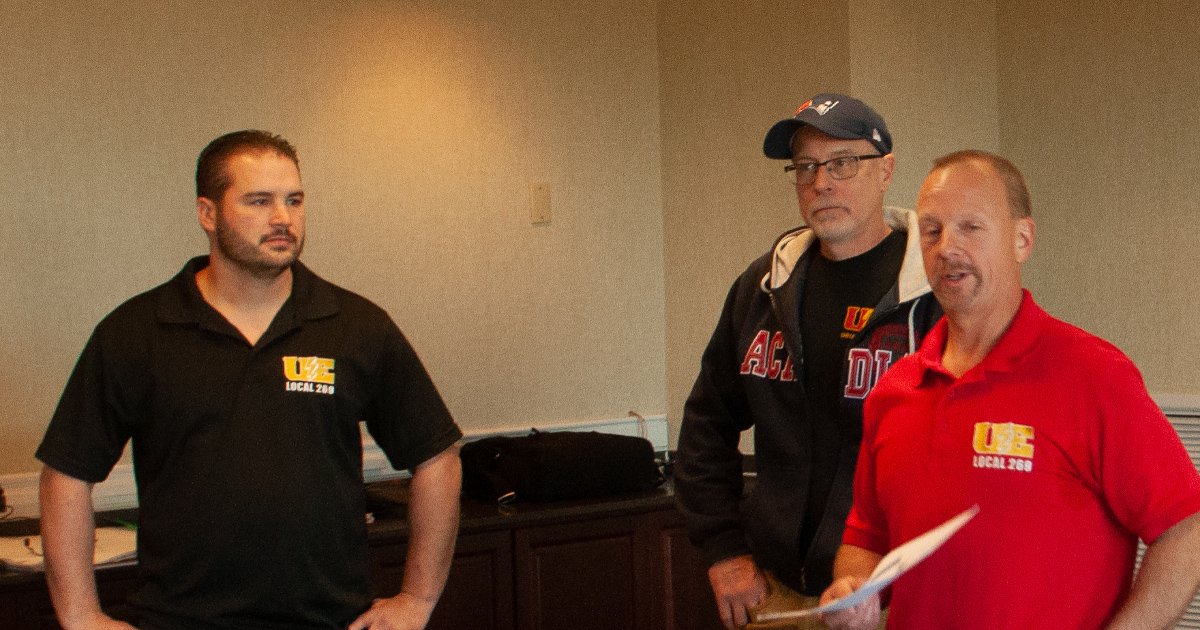 On the day before their contract expired on May 1, Local 269 and their employer, Erving Industries, were still “miles apart” on contract proposals. Management had come into negotiations with hundreds of proposals to change virtually everything in the contract. They demanded concessions on health insurance, cost-sharing, and retiree benefits, and proposed eliminating holidays, freezing wages, and cutting overtime, report and call-in pay.

After negotiating a 30-day extension, and making it clear to management that UE members would not accept the gutting of their decades-old contract, the local ratified a new three-year agreement on May 31 that contained virtually none of the proposed concessions.

The local did accept a drug and alcohol testing policy, but as Local 269 President Chris Carey reported at the Northeast Region council meeting in November, the union insisted that management “just couldn’t randomly test anyone” — they need to show cause, which is now written into the contract.

The new contract is “the first time we had no increase in our health insurance and actually have some raises,” Carey told the council meeting. The new contract provides for a lump-sum payment of $3,000 in the first year, with two-percent raises in the second and third years.