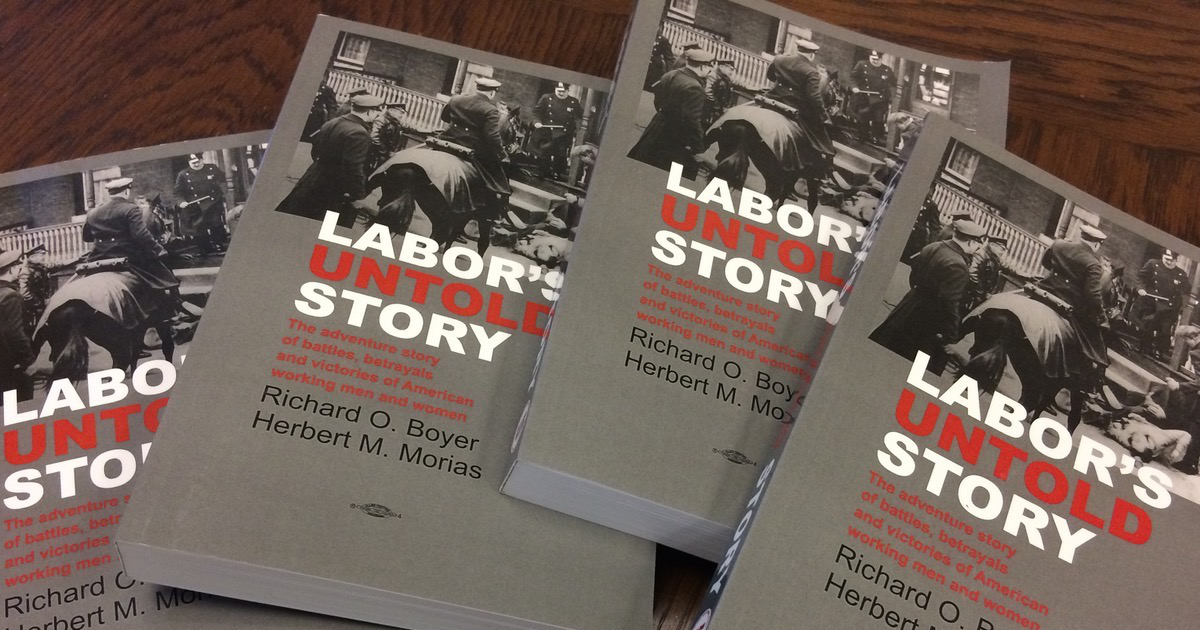 UE is pleased to announce that Labor’s Untold Story, the adventure story of the battles, betrayals and victories of American working men and women, is now back in print (its 29th printing), and can be purchased from UE’s online store.

Extensively researched, yet highly readable, Labor’s Untold Story is a history of the U.S. labor movement from the Civil War through the Eisenhower Administration. Widely regarded as a classic study since it was first published in 1955, the book documents labor-management conflict from the workers’ perspective. Topics range from William Sylvis’s attempts to admit women and blacks into the labor movement to the first nationwide strike; from the Justice Department’s use of “red scare” tactics to break the great steel strike of 1919 to the “eclipse” of anti-Communist witch-hunter Senator Joseph McCarthy.

The Story Behind Labor’s Untold Story

UE’s involvement with the book came right out of the union’s struggles.

A second printing in 1965 by Marzani and Munsell sold quickly. Then came the 1969 national General Electric strike. Labor’s Untold Story helped supply younger members on the picket line with answers to their questions about labor struggles. As UE General Secretary James Matles told the 1970 UE Convention, “The few dog-eared copies available were at a premium as the workers and students involved in the strike gobbled them up. Little wonder! The book reads like an adventure as it tells the real history of the union movement in America.”

The UE-produced third printing in 1970 was an instant success. But even then, it’s doubtful that anyone would have predicted the enduring popularity — and constant demand for — this labor history. Yet, more than 50 years later, Labor’s Untold Story is still being told in a new issue hot off the presses, with an attractive new cover designed by retired UE cartoonist Gary Huck.