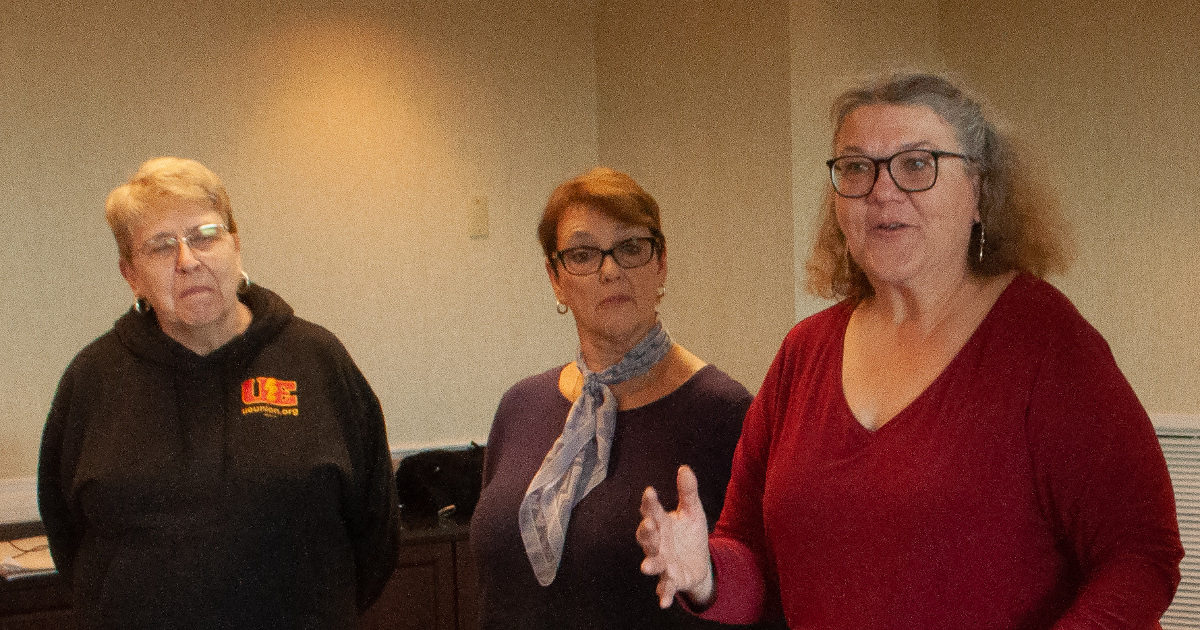 UE Local 222-Sublocal 25, New Britain 911 Dispatchers, settled our contract after almost 10 months of, at times, very contentious negotiations. The city proposed to essentially gut our contract but with the help of UE Field Organizer Sherry Bryant, we were able to stave off their more reprehensible demands.

We now have a five-year contract with wages increases two percent in the second and third years, 2.25 percent in the fourth year and 2.5 percent in the fifth (no wage increase in the first year is standard for our sublocal). In addition, we got much-needed and overdue salary increases for our mid-level shift leaders, bringing them up to a more equitable level.

We also adopted the city's proposed schedule change making it more fair across the board for all members. Though the gains were not as much as we had hoped for, we were at least able to keep what we had fought so hard for over the years and with the knowledge that the fight continues on to improve working conditions for our members.