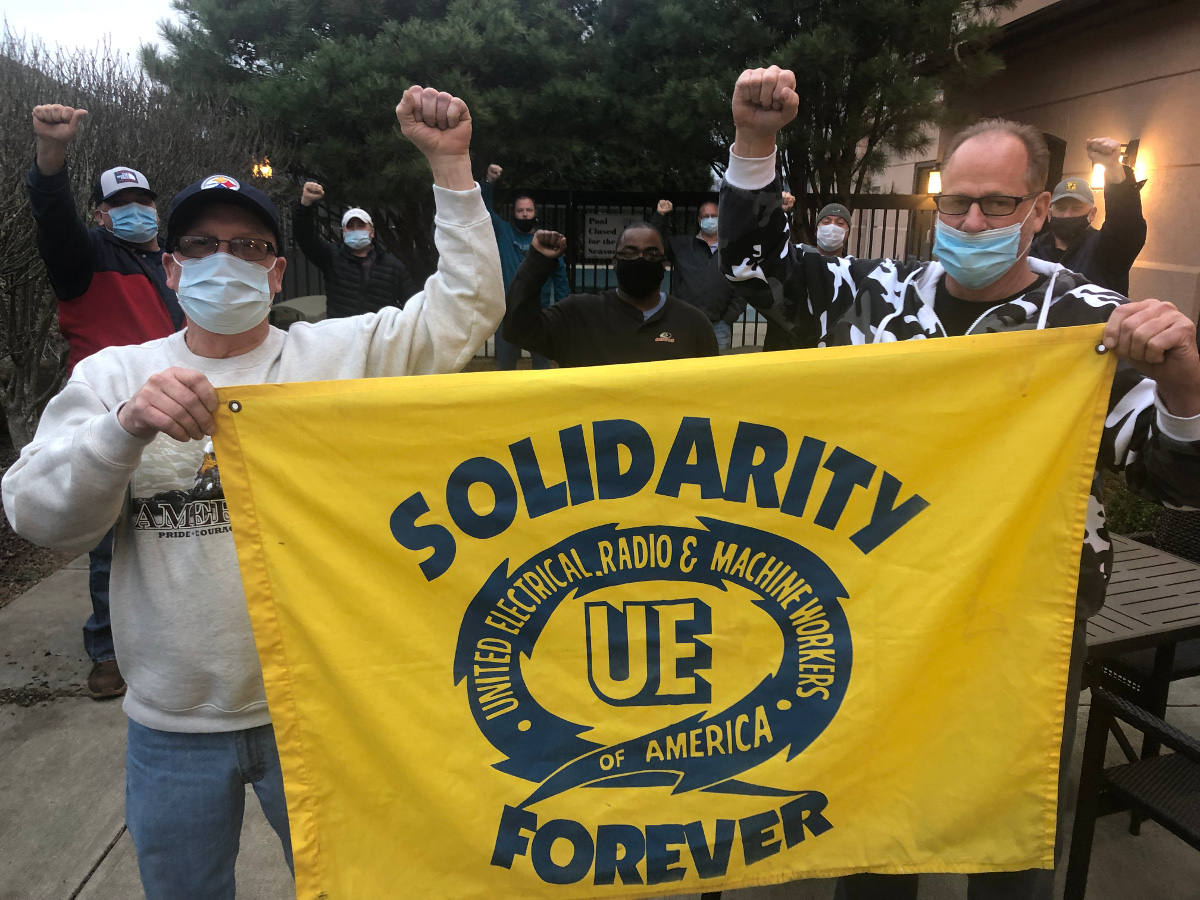 UE Locals 625 and 626 ratified an agreement on December 11 that will require their employer, Hitachi ABB, to increase the company’s contributions to workers’ health reimbursement and health savings accounts amid new insurance plans being offered in 2021. Added costs of the proposed plans triggered a re-opener in both locals’ contracts which gave them the right to negotiate over the increases and strike if necessary. The workers, who build high-quality circuit breakers and high-voltage equipment at two locations outside of Pittsburgh, had been in negotiations over the insurance since the middle of October.

The right to negotiate the effects of changes to the company’s insurance plans — and strike if a settlement is not reached — was a major gain in the three-year contract the locals reached last year, after running a militant campaign which culminated in a one-day strike. One year into the new contract, the locals utilized their new right.

The most popular medical plan, the Health Reimbursement Plan (HRP), will now have co-payments for a variety of services such as urgent care and specialist visits rather than coinsurance costs (which require the entire deductible to be paid before coverage begins). However, other areas will become more expensive. The HRP will see deductibles increase by $200 for individual plans and $400 for family plans. With “out-of-pocket maximums” split between medical and pharmaceutical costs, expenses could be higher than before depending on usage.

Additionally, Hitachi ABB will no longer be offering the wellness plan that awarded participating workers hundreds of dollars each year towards insurance.

To help offset these potential increases, the new settlement will raise employer contributions to employee health reimbursement accounts annually by $500, from $800 to $1,300 per year. Health savings accounts will see increased contributions from the company by $600 annually, from $1,200 to $1,800 per year. The members will also get a bonus of $200 net after tax.

Locals 625 and 626 will remain the only group in the country employed by Hitachi ABB with an HRA account. The locals will also maintain a freeze to their employee premium rates for the next two years.

In support of their bargaining committee, the rank and file signed a petition which was handed to the company in the middle of negotiations, and held a strike authorization vote in November granting the committee the right to declare a strike if necessary.

“I think the company really had to take us seriously after the fight we gave them last year” during negotiations, commented Local 625 President Gary Williams. “We got a fair deal,” added Local 626 President John Nemetz, while noting the added obstacles posed by negotiating during the pandemic.

“This was a perfect example of how what we did last year created a foundation for a stronger union moving forward. We continued to show our collective strength in the ongoing struggle for decent healthcare,” summarized Local 625 Eastern Regional Delegate Pat Pelar.