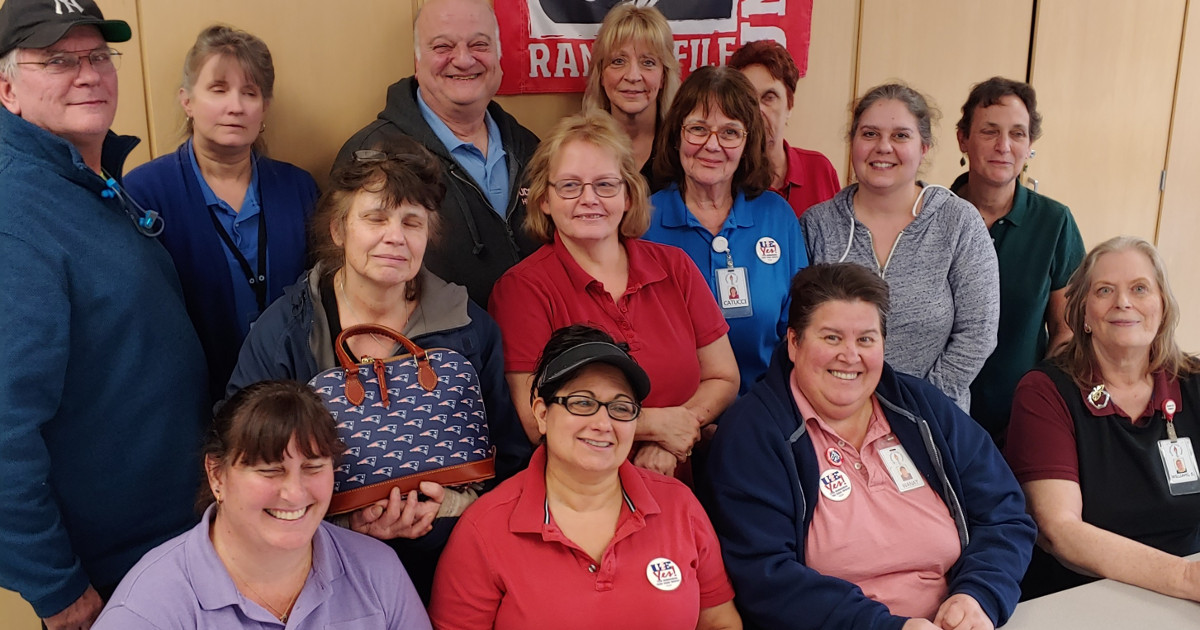 Food service workers at the Wallingford school district were holding their first membership meeting as new Sublocal 92 of amalgamated UE Local 222 on March 12, 2020, when they learned that the schools they worked in were being closed for an indefinitely amount of time due to the COVID-19 pandemic.

They had left their old do-nothing union in a February 2020 election and joined UE because of Local 222 Sublocal 75’s strong record of representing hundreds of paraprofessionals working in the same schools. Rich Russo, a driver in the Food Service Department said: “I’m voting for  UE because they have demonstrated they care about  us even before this election came about.”  During the election campaign, full-time Cook Theresa Wanat commented: “We never heard from [the old union] until now when they want our vote. Even when our jobs were on the line with a threat of outsourcing, they remained silent while UE spoke up.”

Going into negotiations, workers were concerned that the mayor of the town would oppose significant wage increases. They also had some concerns about their health insurance increasing drastically. After mediation, and after UE members rejected a proposal to increase their wages only 0.5 percent each year, the town was convinced to give the Board of Education permission to provide acceptable wage increases.

Their first UE contract, ratified in June of this year, contains wage increases of 1.5 percent each year of the two-year contract, and part-time employees making below $13 per hour were raised to $13 per hour for the 2020-21 school year. The workers were able to fight off a management demand to cut the payout of unused sick days upon retirement, retaining the existing 100 percent payout. The contract also maintains their existing health insurance.

Meanwhile, in New Fairfield, Local 222 Sublocal 9 went into negotiations determined to win sizable wage increases for custodians working for the Board of Education. During their previous round of negotiations, the Board had given good wage increases to maintenance workers but promised other workers that money would be spent on them during this contract.

On health insurance, the Board did convince the union to move to a 2500/5000 deductible plan to keep premium rates down. The premium cost share will be 13 percent this year, and will increase by an additional 1.5 percent each year of the contract. In the 2022 school year, any member who completes the testing for the wellness program will see a two percent reduction in their premium cost share.