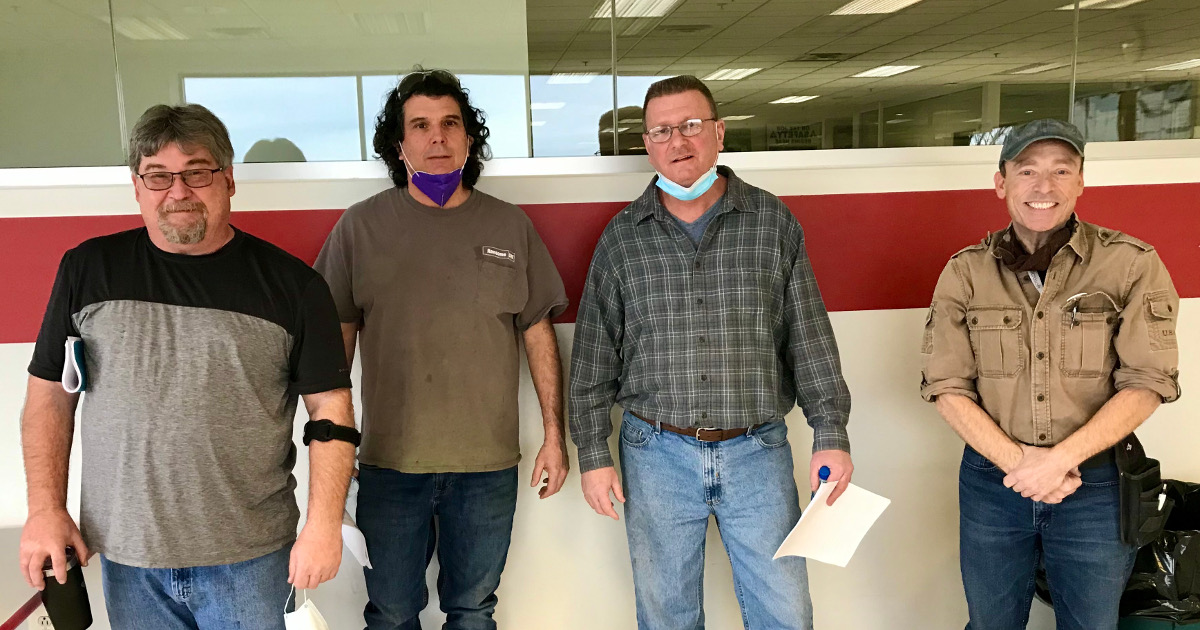 UE members at Tinius Olsen make materials testing machines, sales of which have been slow due to the pandemic-related slowdown in the construction industry. Despite this, the union was able to prevail upon management to preserve their $1.25 hazard pay through August. Workers will then receive a one-time bonus of $650, and a two percent wage increase in each of the second and third years of the contract.

Tinius Olsen workers will also see major savings in their healthcare costs, after switching from a Steelworkers Health and Welfare plan to the company plan. Although providing excellent healthcare, the Steelworkers plan had become unaffordable, with those on the family plan paying up to $400 per week. The new plan options will be much more affordable, with most members saving hundreds of dollars per month.

Local 155, an amalgamated local, had recently ordered new t-shirts, and the Local 155 members at Tinius Olsen wore them during bargaining. The UE negotiating committee was composed of Chief Steward Jack Boyle, Dave Burns, Larry Limbert and Jerry Steilen. They were assisted by International Representative Tara McCauley.