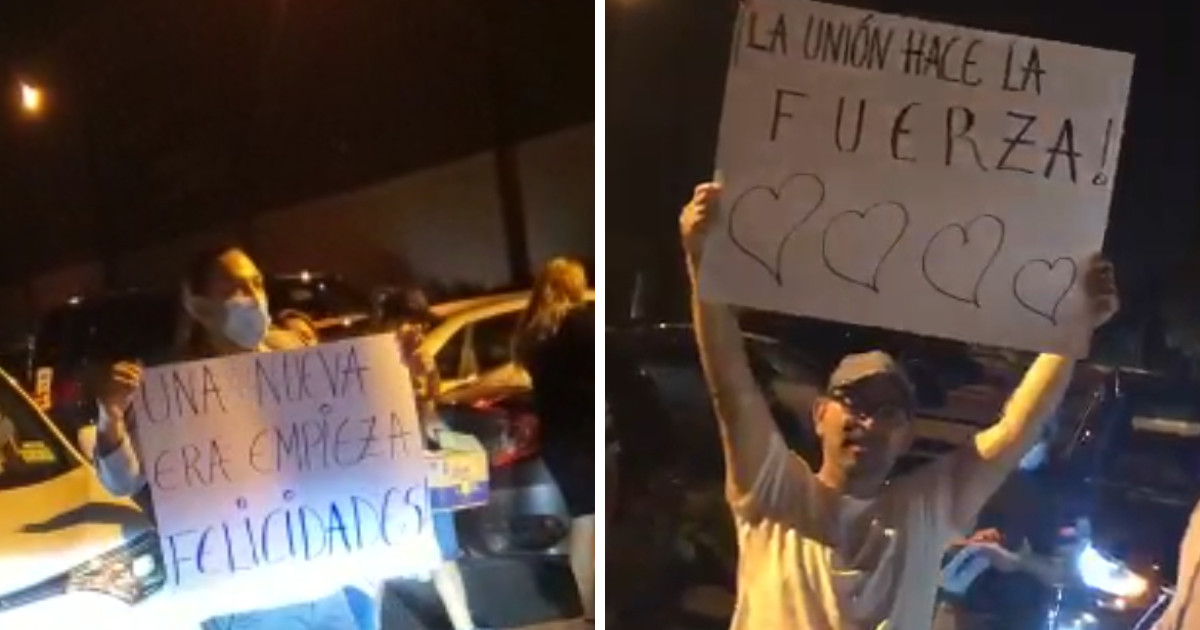 “I’ve worked here for 22 years and have the scars to prove it,” said Licinia Ochoa, a machine operator, explaining why she “jumped into” the UE organizing campaign at the Refresco bottling plant. “I don’t want anyone else to have to go through what I did all these years.”

Almost 250 Refresco workers, mostly Latin American immigrants, voted on June 24 and 25 to join UE. Their victory was the largest National Labor Relations Board (NLRB) win in the U.S. by a group of blue-collar workers in the first half of 2021, and came over a year after workers at the plant staged a walkout to protest the utter disregard for their safety shown by management during the pandemic.

“We do the work that makes this company rich. But they only see us as dollar signs, not people. This was our time. It was now or never. With our union we will finally win the better pay and respect that we deserve,” said Cesar Moreira, a batching technician in the blend room.

Workers began organizing with UE in February 2020 after years of abusive treatment by supervisors, low wages, paltry benefits, sexual harassment, an unforgiving attendance system that penalizes workers for getting sick, and constant schedule changes. They held their first meeting in early March, shortly before the COVID-19 pandemic arrived in the U.S.

The pandemic prevented UE organizers from travelling to New Jersey to meet with workers, but they kept in touch using Zoom and phone calls, and the organizing committee launched a card drive on April 1, using online authorization cards.

Meanwhile, workers were fighting for their safety. Management was not telling workers anything or providing any sort of personal protective equipment (PPE). One boss told workers that “experts” recommend that people sick with the virus should just “drink some Gatorade” and “break a sweat” at work. And the company refused to suspend its attendance points program during the pandemic: workers who got sick, or self-quarantined, would still receive points and risk discipline for doing the right thing and staying home.

At a pre-shift meeting in March, workers asked for more information about possible infections in the plant. One of the leaders of the organizing campaign, who was translating for other workers, was asked to leave the meeting by the shift supervisor. In response, the whole second shift walked out with him, refusing to work until the shift supervisor was sent home.

Workers also organized an open letter and a march on the boss demanding that the plant shut down. Management’s response was to insinuate that the federal government had deemed the plant “essential” and they were therefore prohibited from shutting down — a complete fabrication.

Nonetheless, the organizing campaign had to be temporarily suspended as dozens of workers — including, at one point, the entire organizing committee on first shift — fell ill with COVID-19 or had to quarantine. Many others simply left Refresco for good, disgusted at the disregard management had shown for their safety and health.

Winning a Majority — Despite the Union-Busters

Key leaders remained in touch with UE, and resumed building the union earlier this year. The company's careless handling of the pandemic last year turned out to be one of the main reasons the organizing committee succeeded in winning over a majority for the union this year. In addition, management had used the pandemic as an excuse to institute 12-hour shifts, claiming that it was a safety measure to keep workers from being exposed to as many people.

The organizing committee was very intentional about building their union without alerting their bosses. All the organizing was conducted through one-on-one conversations and small meetings, until the union had built a super-majority of support in late April. On May 3, workers simultaneously filed for an NLRB election and told their plant manager that they had just filed for a union election.

As soon as the campaign went public, workers were subjected to an aggressive anti-union campaign. They had to withstand six weeks of mandatory brainwashing sessions, illegal interrogations by supervisors, and mandatory anti-union meetings organized by supervisors in work areas during work hours. The anti-union campaign was conducted by Cruz & Associates, the same union-busting firm used by Donald Trump at his properties. Refresco also employed a team of highly-paid lawyers from the firm Seyfarth Shaw, including the former executive secretary of the NLRB, Jack Toner.

The brainwashing sessions were supposedly being conducted by “neutral experts,” to help workers make an “informed decision” about whether to support the union. In these sessions, the union-busters repeatedly told workers that UE’s small size would make UE ineffective in winning improvements in their workplace. Workers asked, if that were the case, why was Refresco spending so much time and money trying to crush the union? Why were bosses spying on the sessions? (Workers caught bosses with their ears to the door, trying to listen in.) However, workers who challenged the union-busters in this way were then kicked out of the meetings.

Another challenge for the Refresco workers was the longer time between filing and election imposed by the Trump labor board. Not only did they have to endure six, rather than three, weeks of intimidation and union-busting, they also lost more supporters to attrition and turnover.

“The fact that this large corporation felt they could break the law with impunity demonstrates that Congress must act now to pass the Protecting the Right to Organize (PRO) Act,” said UE Director of Organization Gene Elk. “While this brave group of workers was able to prevail over Refresco’s union-busting campaign, this kind of corporate intimidation prevents far too many workers in the U.S. from exercising their right to bargain collectively with their employer.” (See this UE Political Action alert for ways to take action to demand Congress pass the PRO Act.)

As the vote approached, members from several UE locals throughout the Eastern Region provided support to Refresco workers, including sending videos encouraging the workers to vote UE.

When the votes were counted on June 25, UE had prevailed over the company and the union-busters. Workers celebrated in the parking lot with signs reading “Una nueva era empieza felicidades” (“A new era begins, congratulations”) and “La unión hace la fuerza” (“The union makes us strong”).

Refresco is a Dutch-based transnational corporation that has production facilities in Europe, the United States, Canada, and Mexico. It is the world’s largest independent bottling corporation, with a combined production volume of more than three billion gallons per year. Workers at the Wharton plant produce beverages such as BodyArmor Sports Drink for Coca-Cola, Gatorade by Pepsi, Juice Bowl, Arizona Iced Tea, and Tropicana juices, and bottle them for shipment to retailers and public school systems in the New York City area and beyond.

Refresco workers are currently consolidating their union. They have elected a negotiating committee and departmental stewards, and are preparing to negotiate a first UE contract. “I know that generations of workers to come will enjoy better working and living conditions thanks to the union,” said Ochoa.