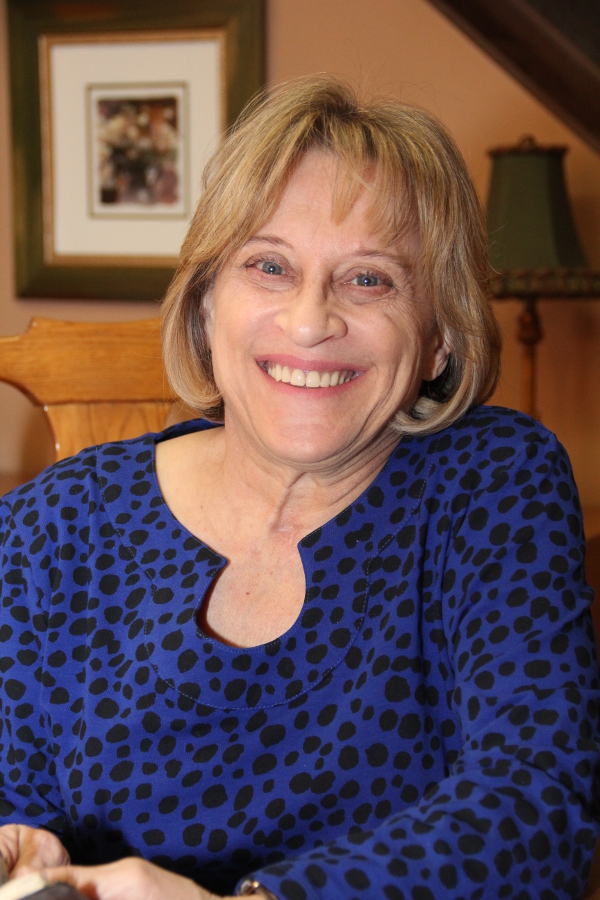 Debra Gornall, who retired as Eastern Region President in 2017 after four and a half decades as a UE member, local leader, field organizer and international representative, passed away on January 17.

“Deb was beyond generous in her commitment to social justice and UE,” said UE Secretary-Treasurer Andrew Dinkelaker, who worked with Gornall in Erie. “She was a true champion helping others to grow into strong leaders and challenging you to think through how to solve the problems you are facing, always with an eye to how to do that both personally and collectively.”

“She was an inspiration to me, and I think to everybody in her region,” said Eastern Region President Donna Morgan, who succeeded Gornall in that position. “And it really hit hard to lose her.”

Gornall began working at the GE plant in Erie as a timekeeper in 1972, at age 18. At the time, women were relegated to clerical and administrative work. In a 2015 feature article, “How Young Women Shook Up GE in the ’70s,” Gornall told the UE NEWS that

“Some of the interviews when I bid on jobs got me really pissed off.” She was turned down for a drill press job because she was “too small, too young, not strong enough – you name it. I needed the money – I had two brothers staying with me when they weren’t in college.” About a year later she bid on an expediter/dispatching job, and the foreman told her “I would be taking away a man’s job that has to support their family, and I said, ‘Well I support my family, I need the job.’ And he said no, it’s a man’s job. He said ‘I’ll train you, you’ll get married, get pregnant and quit after I’ve invested all this money in you.’” She filed a grievance, but the company replied that she wasn’t qualified. The experience of blatant discrimination “motivated me to get more involved in the local.”

In 1975 Gornall was a leader in the timekeeper’s strike, one of two important strikes launched by Local 618 members in the mid-70s to demand equal pay for equal work. Timekeepers manually calculated paychecks for the plant’s production workers — Local 506 members — who were at the time paid through a complex incentive pay system. Yet, as Gornall recalled in 2015, “The floor sweeper made more money than we did, and that was our biggest issue, that we were so underpaid.”

The timekeeper’s strike was part of a “reorganization” of Local 618 that took place in the 70s, influenced by the ideas of the feminist movement. At the beginning of the decade, the local’s membership stood at 35 percent (GE was an “open shop” until 1985), and although two thirds of the workers represented by the local were women, the leadership was almost entirely male. By actively taking up women’s issues and aggressively fighting the boss, activists were able to build the local membership to 85 percent by the end of the decade, with many women — including Gornall, who served as recording secretary for many years — holding leadership positions.

Ron Flowers, who became Local 618’s business agent in 1971, recalled that Gornall was “One of the better union stewards because she didn't rely on getting on the phone and getting help from me or the national. She got in and got things accomplished by herself, the way you're supposed to. She was that good.”

Despite the gains Local 618 was able to make for its members, GE decimated the local’s bargaining unit in the 1980s through outsourcing, moving work out of the bargaining unit to management, and computerization, and Gornall was laid off at the end of 1987. She then joined the UE staff as a field organizer, and later international representative. Over the next fourteen years, she worked on numerous organizing campaigns and assisted locals across Western Pennsylvania, Western New York and Ohio with contract bargaining and grievances.

Al Hart, a Local 506 member who also joined the UE field staff in the 1980s and later served as managing editor of the UE NEWS, called Gornall “one of the hardest-working union organizers I've ever met. She knew her stuff.” He recalled visiting her house and finding it packed with guides published by the Bureau of National Affairs, “the gold standard of how-to books” for labor, that she had paid for out of her own pocket.

In the summer of 1997, Gornall received a phone call from a worker at The Electric Materials Company (TEMCO) in the town of North East, Pennsylvania. Over the next six years, she helped TEMCO workers through a two-year organizing drive that established UE Local 684, and their gruelling, nearly four-year-long struggle for a first contract. 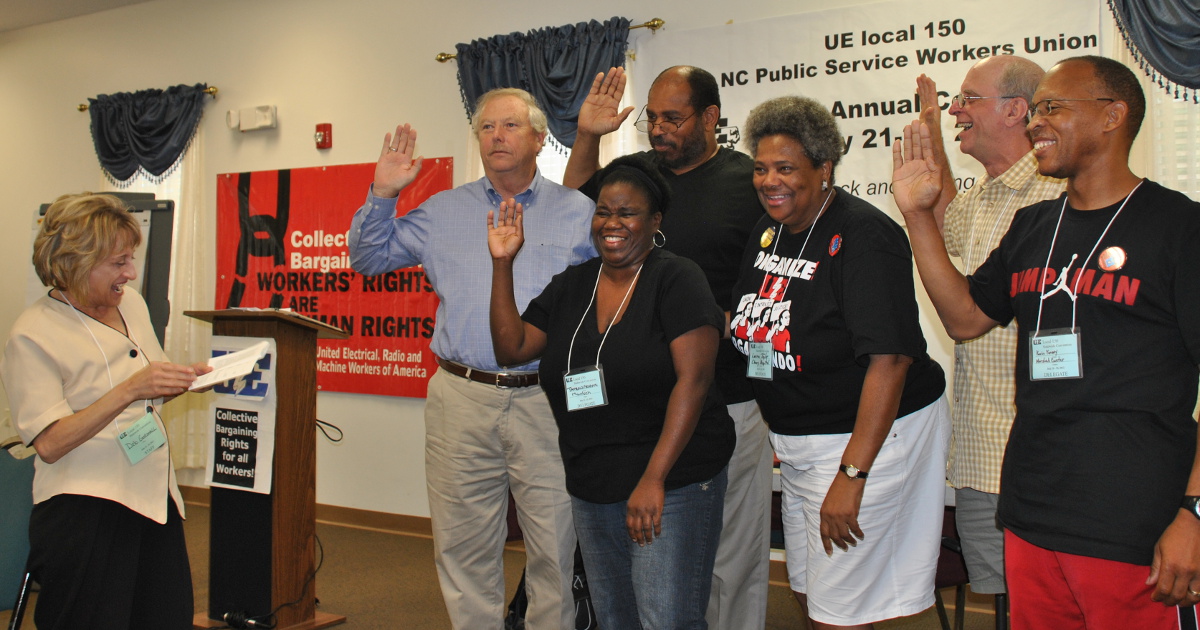 ​Gornall sharing a lighter moment with the newly elected officers of Local 150, just before swearing them in at the local’s 2012 state convention.

In 2011 Gornall was elected president of the Eastern Region, bringing the fighting spirit forged in her battles with GE as a rank-and-file UE member. She told a 2013 “Keep It Made In Erie” rally that nearly everyone in her family has worked at GE, “and I've been fighting GE for 38 years.” At the 2015 UE Convention, her last as regional president, she recounted that “UE Local 618 has a real proud history of fighting for women’s rights. In the early 80’s we filed EEOC charges against General Electric for discrimination against women in the workplace. We won a huge settlement, women were finally able to get on ‘men’s jobs,’ and we just made tremendous gains from that time.”

Looking back on her time at GE in the 1970s, Gornall told the UE NEWS in 2015 that “It was a lot of work but ... it was for the bigger picture, it was for the movement. I think we accomplished it. We still have room to grow, but now women openly can bid and get jobs and you don’t hear what I heard in that interview.”

Gornall will be remembered for both her principled determination and her personal warmth. Engel said, "It was her personality that got things done. It didn't matter who she was talking to, she could relate to anyone she talked to." Flowers added, “She loved to organize. She was the person to sit down with a group of people and talk to them about joining the union.”

"She might have been small in stature but she was large in life," said Morgan.

After Gornall retired, the UE Eastern Region established a scholarship in her honor. Donations to sustain the scholarship fund can be sent to 1311 Peacock Lane, Fairmont, WV 26554.