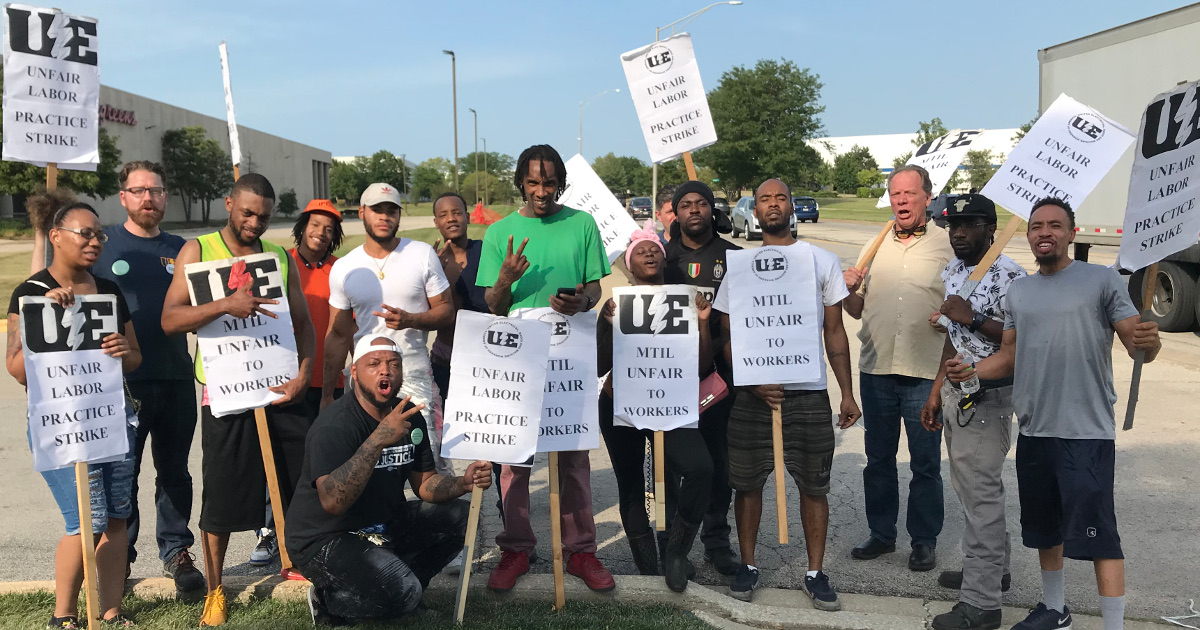 Workers at MTIL, who wash reusable plastic crates which are used to transport produce to major grocery retailers including Walmart and Target, ratified a first union contract in September.

The 70 workers, members of Local 1123, faced an intransigent employer who was determined not to sign a contract. Just days before a National Labor Relations Board (NLRB) election scheduled for December 19 of 2016, MTIL committed such massive labor law violations that a fair election would have been impossible. The violations were so egregious that the NLRB sought and won a 10J bargaining order and injunction requiring the company to recognize and bargain with the union.

The injunction brought the company to the table in January of this year, but did not end their wanton lawbreaking. MTIL continued to threaten retaliation against union leaders. They made unilateral changes and failed to provide information during bargaining, resulting in several additional board charges being filed during bargaining.

MTIL workers also responded by holding sticker days, signing petitions and conducting a walkout in July to convince the company to settle a fair contract.

The new three-year contract includes modest, but guaranteed, wage increases of 40 cents in each of its three years — which will be roughly a three and a half percent raise for most workers. This is a striking contrast to working without a contract, when the boss would regularly promise raises which never came.

The committee to had bargain long and hard for provisions most union members take for granted: a good grievance procedure, job posting procedures, job security protections, a health and safety committee, annual reimbursement for work boots, guaranteed annual pay increases, and work scheduling protections. The contract also includes restrictions on the use of temporary workers, a rampant problem in the shop.