General Executive Board and Trustees

The GEB meets three times a year to decide on issues that come up between conventions, with shorter conference calls or video conferences between meetings as necessary. Each year the GEB also approves a budget for the National Union, and oversees spending throughout the year.

Each region also elects two Trustees, and one Alternate Trustee, who are responsible for auditing the books and records of the regions and the national union three times a year, and safeguarding the property of the union.

In 2019, the UE national constitution was amended to create a financial task force, made up of the General Secretary-Treasurer, the Regional Presidents, and an additional GEB member and Trustee from each region. 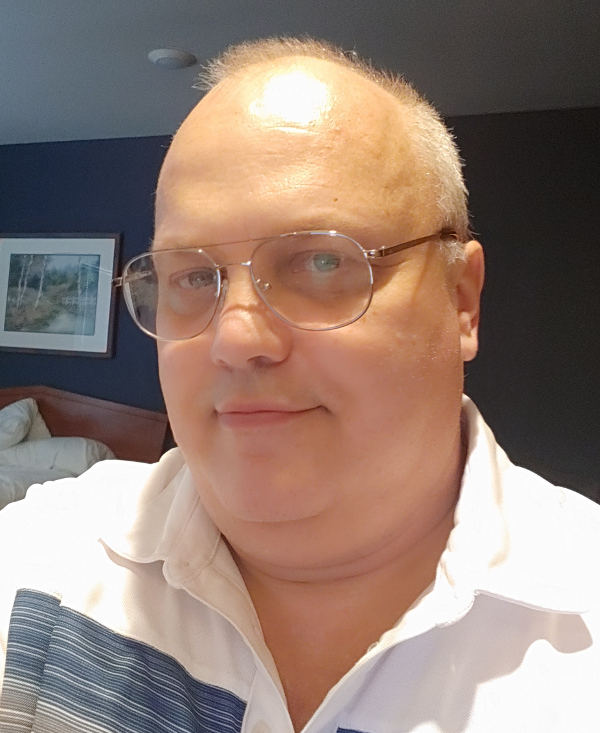 George Waksmunski served on the UE staff for nearly three decades before being elected president of the Eastern Region in April, 2021. As a Field Organizer, he organized workers and serviced UE locals in both the private and public sectors, bargaining contracts and also working with pre-majority locals to secure improvements for their members without the benefit of collective bargaining. He was born and raised in the Pittsburgh neighborhood of Polish Hill, the epicenter of the Great Railroad Strike of 1877, and he is named after a great grandfather who organized in the coal mines in the mountains of Central Pennsylvania. He was a steward, vice president and president of the Armstrong Store Fixtures Association, an independent union which affiliated with UE as Local 651 in 1989. He served as president of Local 651 prior to coming on staff in 1991. 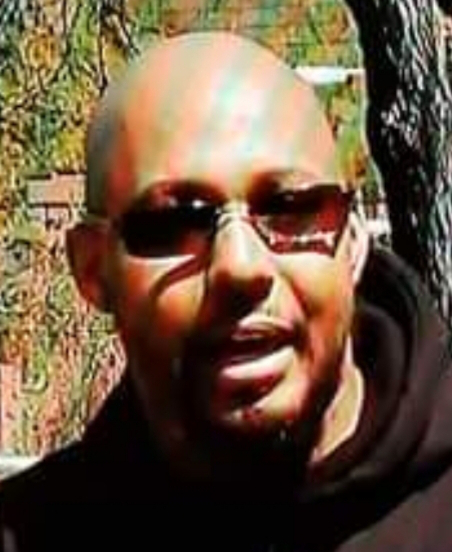 Antwon Gibson is a maintenance technician at Wabtec in Wilmerding, Pennsylvania, and president of UE Local 610 since 2011. Prior to being elected president, he served as divisional steward and vice president. He has been a member of UE for 16 years. He describes himself as “politically independent” and encourages all members to “truly hold any and all political figures accountable whichever way possible.” 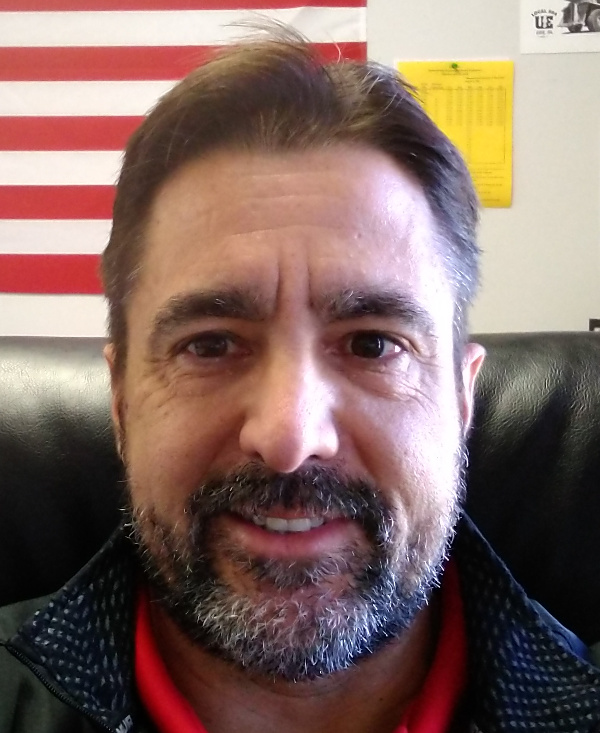 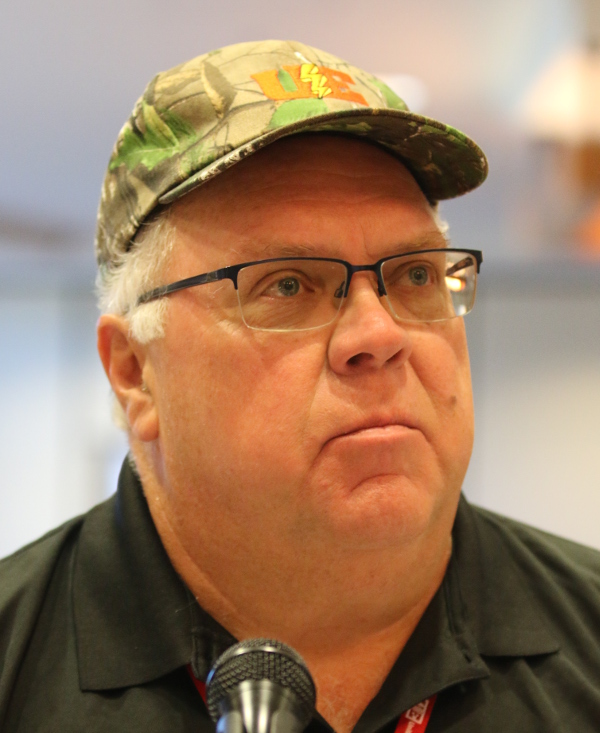 Jim Borowski is a head operator at the Buckeye Pipeline Corporation Port Reading, New Jersey, which operates two deep water ship docks, six barge berths, two tug boat fueling locations, two pipelines out of the facility and one pipeline into the facility. He has worked at the facility since 1984 and has been the president of UE Local 106 since 2008, two years after it was organized. He is a NJ State Certified EMT and currently serves as the captain of his local Volunteer First Aid Squad. He is also an engineer for the local Volunteer Fire Department, and will be beginning his 18th year serving as an elected official (Councilman) of his community. 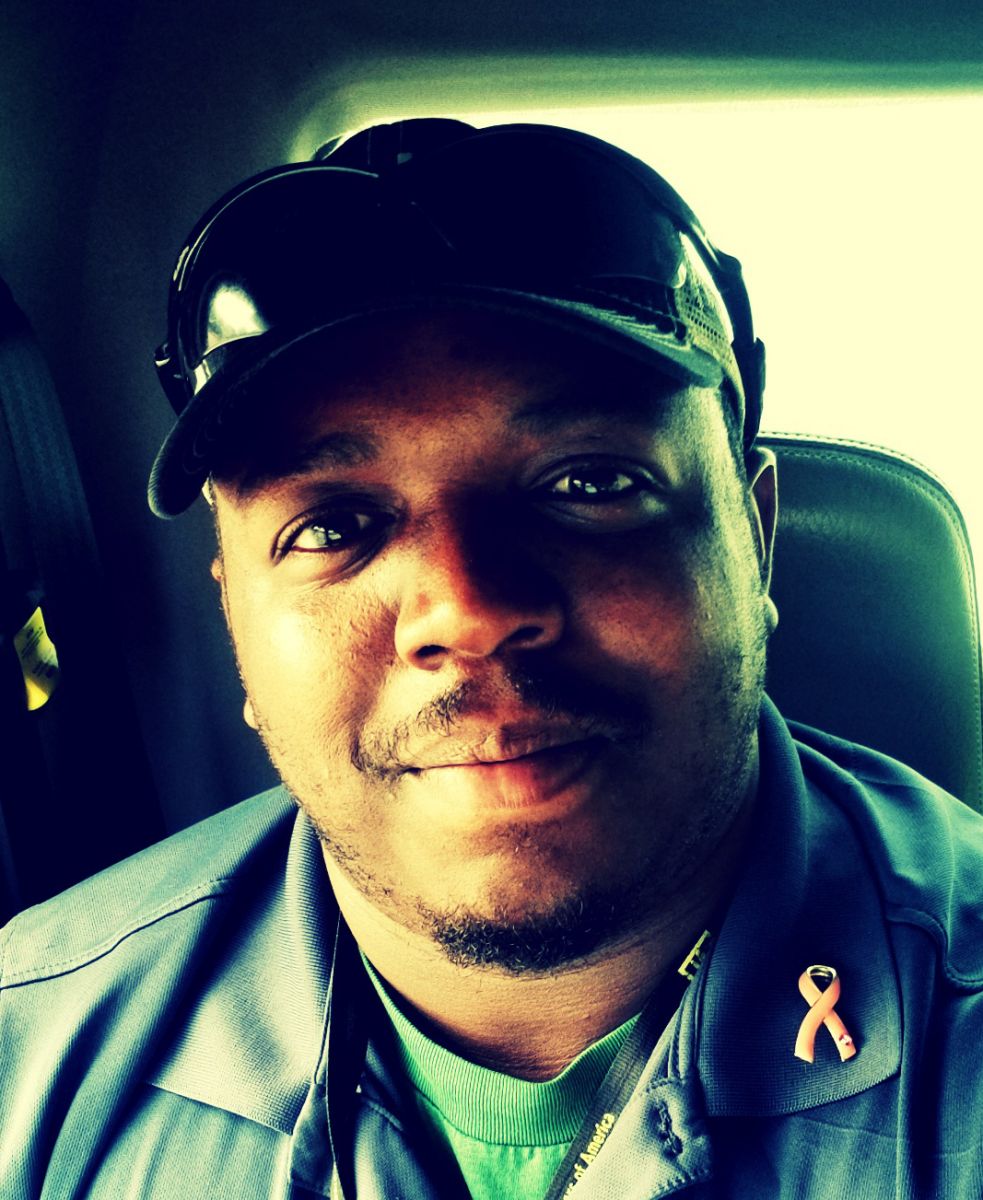 Bryce Carter is the Vice President of UE Local 150 in North Carolina and a shop steward for the Greensboro City Workers Union chapter. He joined UE in 2016, and has previously served as the President of Local 150. He works as a patch unit supervisor for the City of Greensboro, working in the Streets and Stormwater section of the Field Operations Department doing asphalt construction, repair and maintenance. 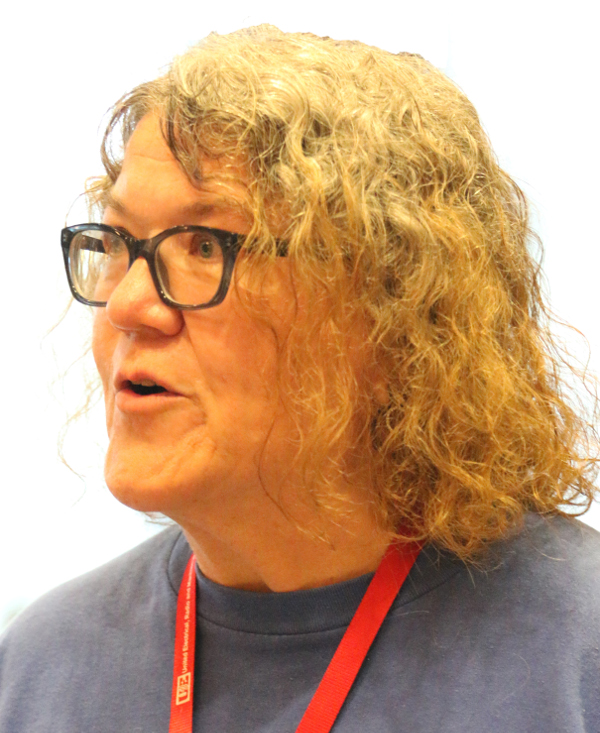 Margaret Dabrowski is a 911 dispatcher for the city of New Britain, Connecticut, and vice president of statewide UE Local 222, which represents a variety of municipal and board of education workers across the state. She has been a union member since 1998, and a UE member since the Connecticut Independent Labor Union affiliated with UE as Local 222 in the early 2000s. In addition to serving as local vice president, she has been the president of her sublocal “forever,” and has served as a Local 222 trustee and executive board member, and as a trustee of the Northeast Region. She has eight cats and one dog. 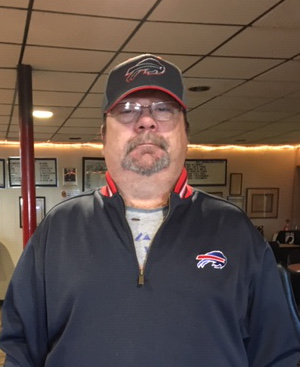 Bud Decker is a melt operator at Kennedy Valve in Elmira, New York — “I actually melt raw metal into liquid and we then pour it into molds to make things like fire hydrants and other valves for the water works industry.” He has been a member of UE Local 329 for 35 years and currently serves as a chief steward. He has also held the positions of vice president, recording secretary, and safety steward. 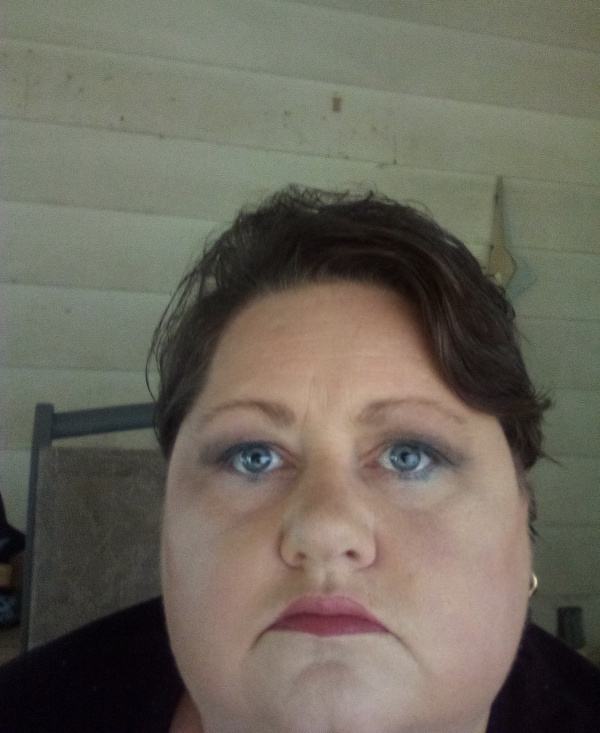 Leslie Riddle is the recording secretary of UE Local 170 in West Virginia, and has previously served as local vice president and chapter president. She has served on the Eastern Region executive board for several years, and is “very proud” of being the co-chair of the women’s caucus, UExtraordinary Women. She says that since her first Local 170 convention, in 2013, she “knew UE was for me ... I have been blessed to learn so many new things and meet so many great and dedicated people” in UE. She works as an economic service worker for the state of West Virginia.

Bryan Martindale has been a “proud member” of UE for more than 40 years, since he was hired by Stepan Company in Anaheim, California on August 26, 1980. He has held many leadership roles in the union, including serving as UE Local 1421 president since 2003. He was vice president of District 10 until the districts were combined into regions in 2006. Since then he has served as a member of the Western Region executive board and a member of the General Executive Board since 2007. He was elected President of the Western Region in March 2022. 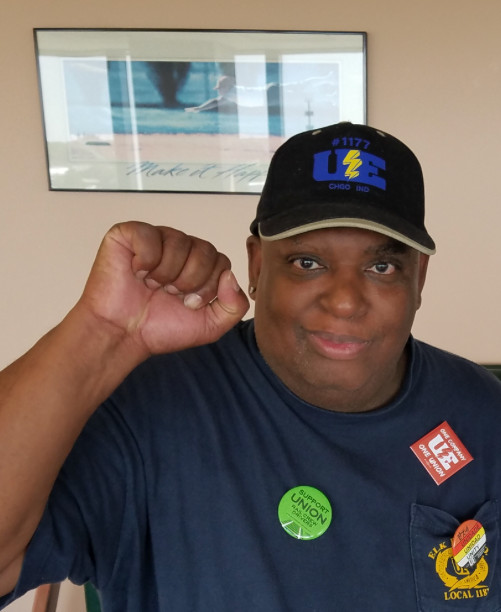 Larry Hopkins is a road driver for Hallcon rail crew transportation in Chicago, and president of UE Local 1177, which represents rail crew drivers in Chicago, Northwest and Southern Indiana, Southern and Western Illinois, Minnesota, and Wisconsin. He has also served as a steward and vice president for his local and as a trustee for the National Union. He describes himself as “easygoing” and says, “I want to see each and everyone of my fellow Brothers and Sisters succeed in whatever they do.” 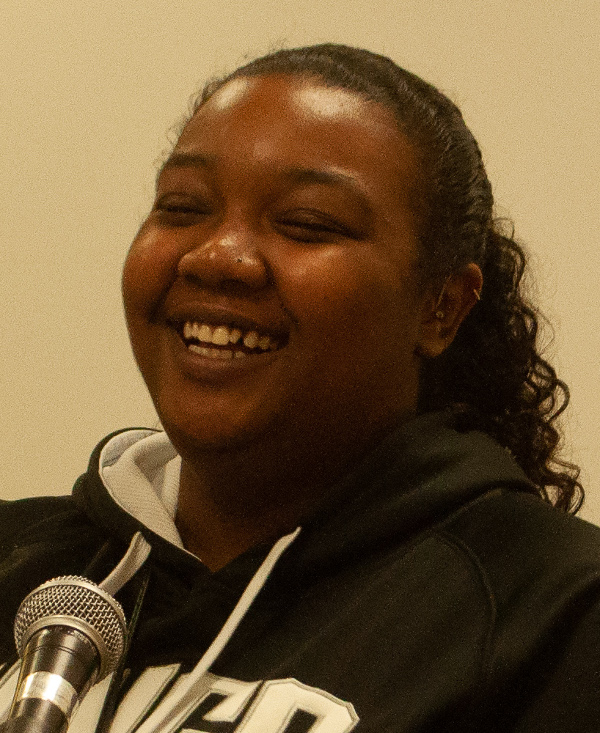 Ashley Clemons works as a cardiac monitor technician on the COVID-19 unit at Henry Mayo hospital in Santa Clarita, California. “I monitor and interpret patients’ heart rhythms watching for any arrhythmias or changes in the patient,” she explains. She first joined UE Local 1004 in 2015 and became an active member in 2016. She has held the position of recording secretary since 2016; prior to that she also served as a steward. “My first ~real~ UE experience was at Labor Notes a few years back and it really inspired me to be a voice in the labor movement,” she says. 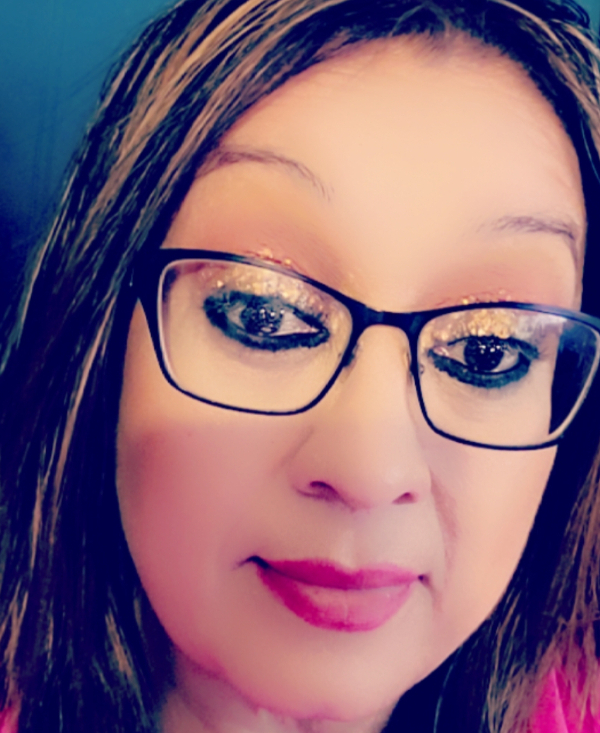 Diana Martinez has served as a chief steward for UE Local 1077 in California for three years. She has worked for Hallcon for 12 years, and has been a road driver for five. “There are many difficulties and demands involved in being a driver for the company,” she says. “I’m constantly working on getting people to work together. My biggest wish is that our members get recognized for the important work that we do and that we be treated with dignity.” 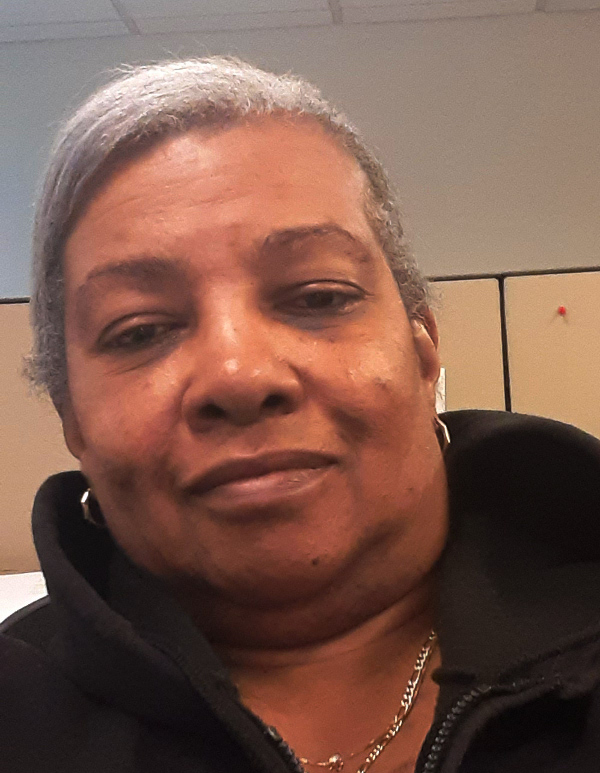 Delores Phillips is a data clerk for federal contractor Sciolex in Chicago, where she has worked for 21 years and is president of UE Local 1118. She has been a UE member for eight years, and has served as a trustee for the Western Region. “I am blessed and grateful to belong to this organization,” she says. 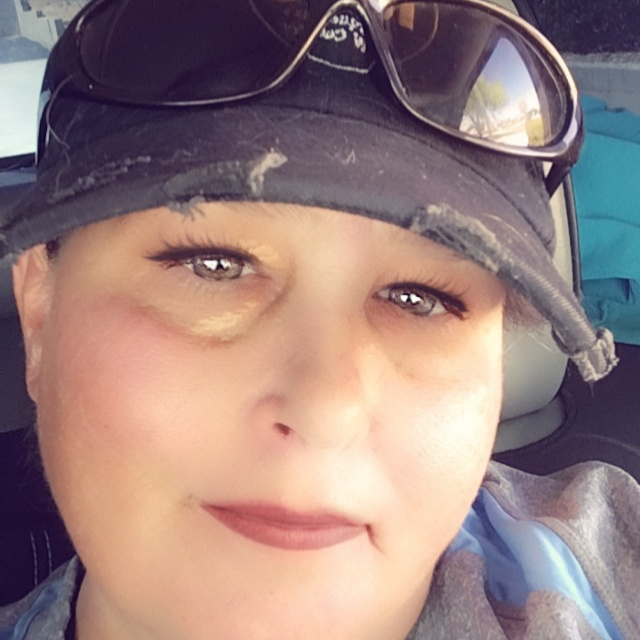 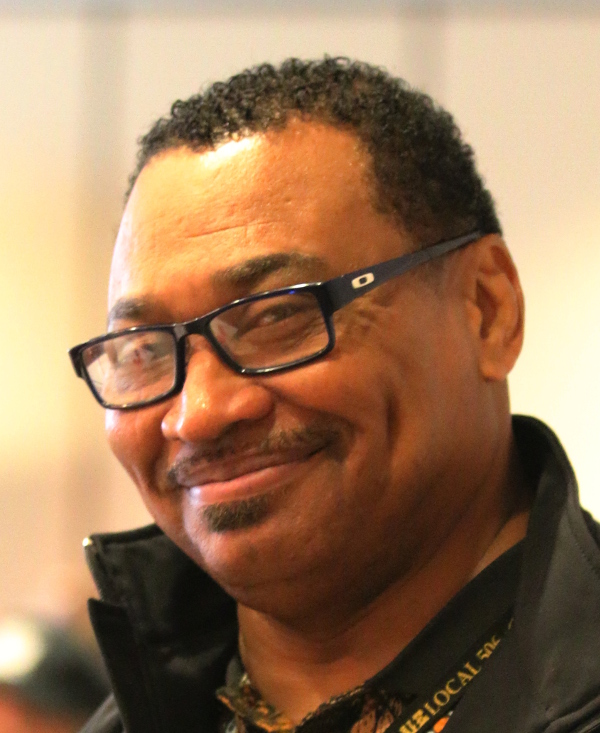 Don Brown is a safety coordinator at Wabtec in Erie, Pennsylvania and has been a member of UE Local 506 for 20 years. He has held the positions of steward, trustee, chair of elections and chair of the unity council in Local 506. He has been a trustee for the Eastern Region for 14 years and a national trustee for 13 years. He is very active in his church and community. 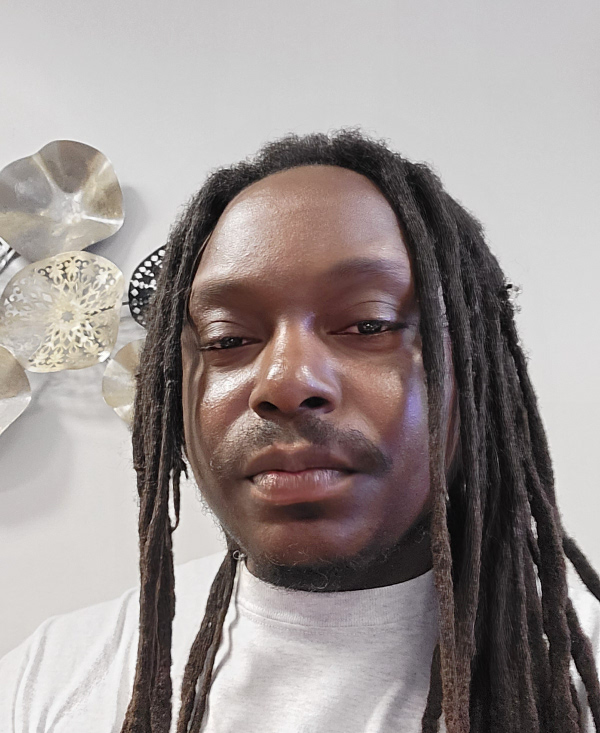 Dominic Harris is the treasurer of UE Local 150 in North Carolina, president of the Charlotte City Workers Union chapter, and has been a member of UE since 2018. He repairs, installs, and maintains water and sewer lines for all the cities and towns in Mecklenburg County. He says, “I am dedicated to restoring power to the working class of the United States of America. I also believe that international solidarity will restore dignity to all people of the world.” 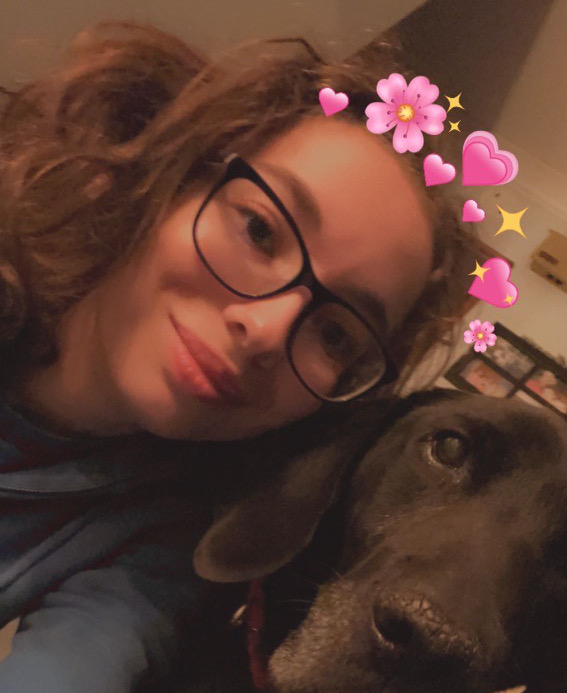 Megan Hedrick has been a factory worker at Daikin Applied for three years, and serves as the treasurer for UE Local 123. “I’ve been a member of the union since I’ve been off my probation,” she says (Local 123 is an open shop). “Currently I’m an insulator which is basically industrial arts and crafts.” 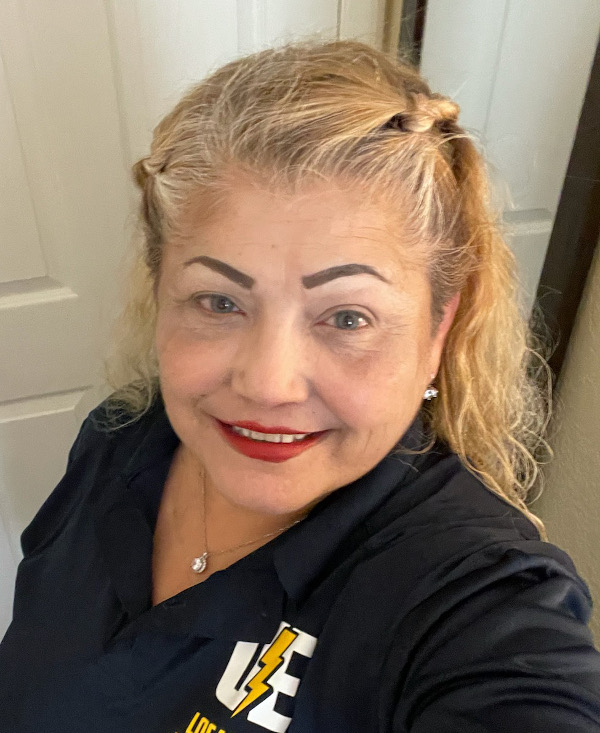 Virginia Miranda is the financial secretary of UE Local 1077 in California. She has been employed by Hallcon for five years, in both road and yard positions. She has previously served on the Western Region executive board. She met “the man of her dreams,” who is also a UE member, at the Colton UP Yard. She says “I enjoy helping others and I am a team player. I believe and have faith that we all should be treated and respected equally.”