You Have The Right To Fight For Safety And Fair Pay

Workers throughout the country are fighting for and winning personal protective equipment, additional sick leave, hazard pay and in some cases forcing their employers to temporarily shut down until it’s safe to return.

The leadership of UE Local 267, which represents service and maintenance workers at the University of Vermont, had spent months preparing for their next round of negotiations — and then the COVID-19 pandemic hit, leading to what Local 267 Vice President Charity Dugener called an “unprecedented bargaining experience.”

With the employer taking advantage of the uncertainty caused by the pandemic to demand concessions, the local pivoted to protecting, preserving and maintaining their contract.

April 30 marked the end of the first 100 days of the Biden administration. The phrase “first 100 days” was coined by President Franklin Delano Roosevelt in 1933, in a radio address in which he assessed his administration’s first actions to tackle the Great Depression and establish the New Deal. The purpose of this report card is not to congratulate or condemn the president, but to celebrate those areas in which aggressive struggle by the working class has won victories and highlight the areas in which we must redouble our efforts.

What Is a “Jobs Guarantee,” and Why Should Labor Fight for It?

“Imagine we have this Easter egg hunt for kids,” economist Fadhel Kaboub told participants in a recent webinar co-sponsored by UE. “Imagine we have 100 kids at the park where we’re organizing this party but we only have 90 eggs. We’re setting up those kids to fail.” Then he made it clear why he proposed such an absurd scenario:

“That’s what we do in the labor market.”

END_OF_DOCUMENT_TOKEN_TO_BE_REPLACED 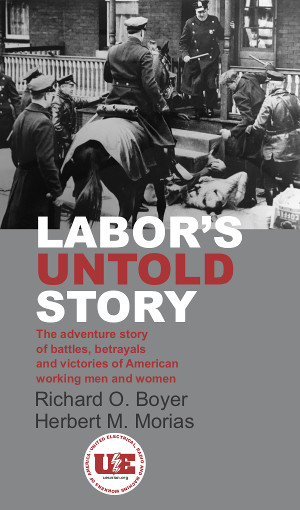 The adventure story of the battles, betrayals and victories of American working men and women. Extensively researched, yet highly readable, history of the U.S. labor movement from the Civil War through the Eisenhower Administration.

Them and Us Unionism 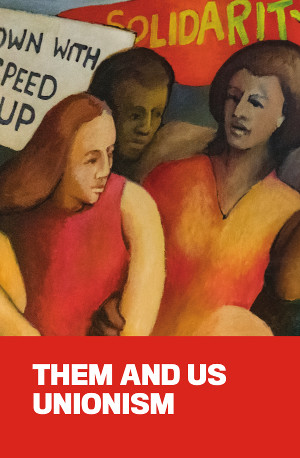 Published in 2020, “Them and Us Unionism” draws on UE history identify five core principles of UE’s approach: aggressive struggle, rank and file control, political independence, international solidarity, and uniting all workers. Available as a 24-page booklet, PDF or on the web

Them and Us: Struggles of a Rank-and-File Union 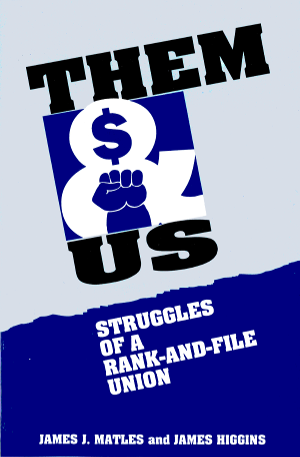 Written by UE’s first Director of Organization, James J. Matles, Them and Us: Struggles of a Rank-and-File Union has been the most exciting history of UE available since it was released in 1974.

More books and publications available at the UE Online Store »

John Miles, UE Local 506, on how the Green New Deal can preserve and create good jobs in Erie, PA
END_OF_DOCUMENT_TOKEN_TO_BE_REPLACED