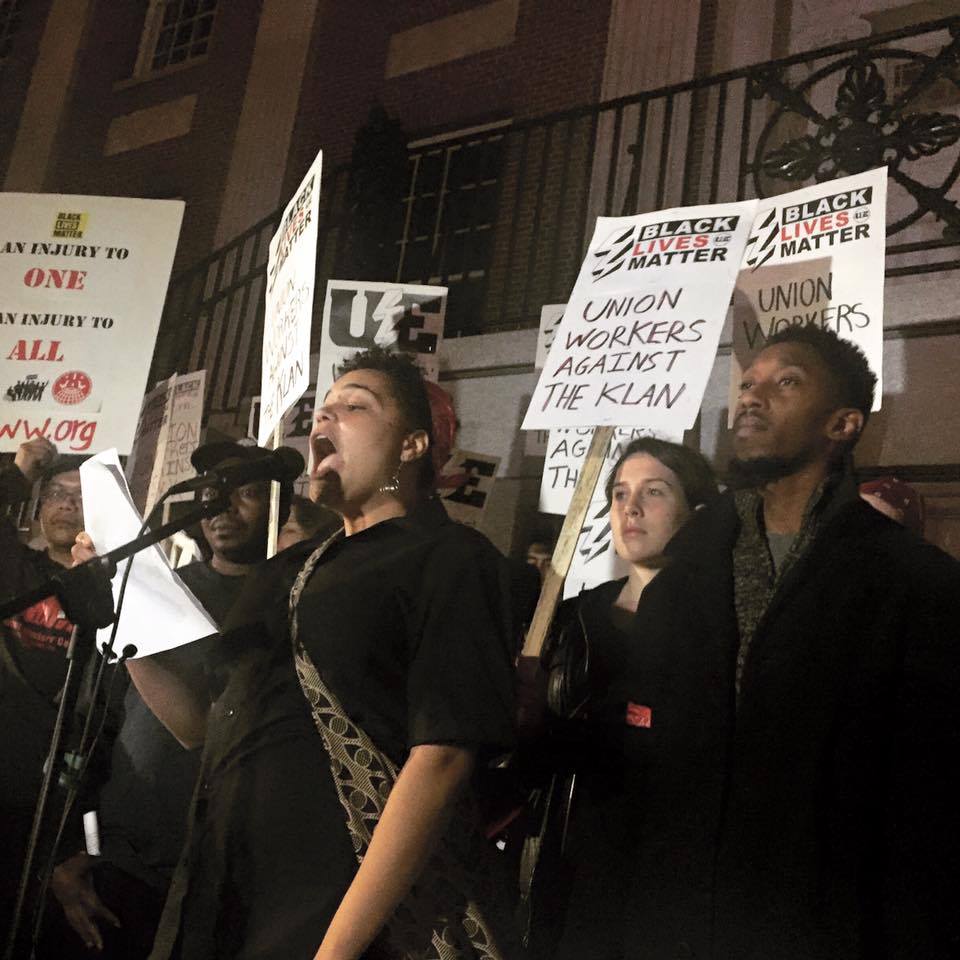 White supremacists and neo-Nazi organizers emboldened by Trump’s presidency see the Trump era as their time and Trump has done absolutely nothing to discourage them. UE condemns the attack on Charlottesville VA and promises to continue organizing in our workplaces and communities to fight racism, fascism and bigotry.

A young woman and two police officers were senselessly killed as a result of the torrent of hate that white supremacists unleashed on Charlottesville this past weekend. It was absolutely unconscionable that Trump refused to condemn the hate filled actions and rhetoric of those responsible and instead blamed “many sides” for the violence that caused death and destruction in Charlottesville.

Trump’s failure to call out neo-Nazi’s and other bigots is not surprising. Some of the supremacists even chanted “Heil Trump.” Trump’s campaign of hate against non-whites, threats to punch opponents in the face, and his plan to deport immigrants and build walls embolden the very forces which were unleashed on Charlottesville. Trump is simply unfit to be the President of the United States.

We should not lose sight of the reason why white supremacists unleashed their fury on the people of Charlottesville. They were protesting the city’s decision to remove the statue of a Confederate leader, a traitor, who believed African-American people should be enslaved.

UE stands with the people of Charlottesville and all of their allies who marched against the bigots and bravely stood up to hatred, racism, and violence. Our union was founded on the principles of equality for all -- regardless of who you are, where you came from, or what you believe. UE local leaders and members enforce these principles in our workplaces and communities every day. We reject Trump’s pandering to white supremacists and hatred which is contrary to the core principles of UE.

On behalf of our union, we send our sympathies to the family of the young woman who lost her life fighting for justice and to the two officers who died in the line of duty on August 12. We will mourn their deaths and fight like hell to stamp out the scourge of racism, bigotry, and hate.