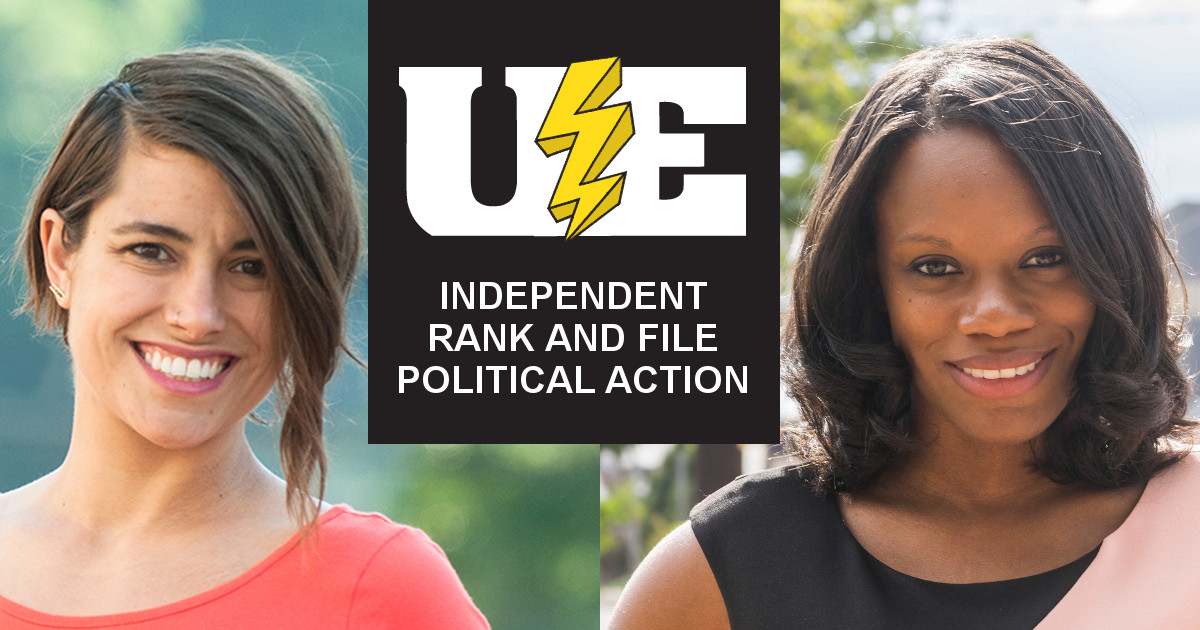 Two UE-backed candidates, both women in their 30s, made history and shook up Pittsburgh’s political establishment by winning primary elections on May 15th against incumbent state legislators. Both of the defeated incumbents are members of the Costa family which has, until recently, played an outsized role in Democratic Party politics in Pittsburgh. Speaking to the UE Eastern Region, Local 610 President Antwon Gibson described the Costas as “a family of politicians who don't do anything for working people.” No Republicans have filed to run in either district.

Summer Lee, an attorney and labor organizer, won the primary for District 34, which includes many of the towns east and south of Pittsburgh. It is an area that has been hard-hit by deindustrialization, and it includes some of the poorest communities in Allegheny County. If she wins the general election, which is likely to be uncontested, she will be the first African-American woman to represent Western Pennsylvania at either the state or federal levels.

Sara Innamorato, a former environmental and housing organizer, won the primary for District 21, which includes some of Pittsburgh’s urban neighborhoods as well as some of the city’s northern suburbs, where she grew up.

Both candidates were endorsed by UE’s Eastern Region at its April 21st meeting in Monroeville. Gibson spoke on behalf of Lee, praising her work fighting for education for all in her district. In May of 2017, Lee was part of a community campaign to address racial disparities at Woodland Hill High School — the high school she attended — spearheading a successful write-in campaign to change the Woodland Hills School Board after the board’s failure to address repeated instances of violence against students from police officers and schools administrators.

Speaking to the council meeting on behalf of Innamorato, retired UE News Editor Al Hart, who lives in Innamorato’s district, pointed out that both candidates stand for the things UE stands for: single-payer healthcare, a $15 minimum wage, encouraging unionization, opposing privatization, and supporting affordable housing. Noting that most of the rest of the labor movement had endorsed the Costas, Hart described UE as “the union that always sticks out like a sore thumb for doing the right thing.” (UE was the only union that backed either Lee or Innamorato).

Both Lee and Innamorato were also endorsed by Our Revolution, the political organization that grew out of Bernie Sanders’ 2016 presidential campaign, and the Democratic Socialists of America (DSA), of which they are both members.