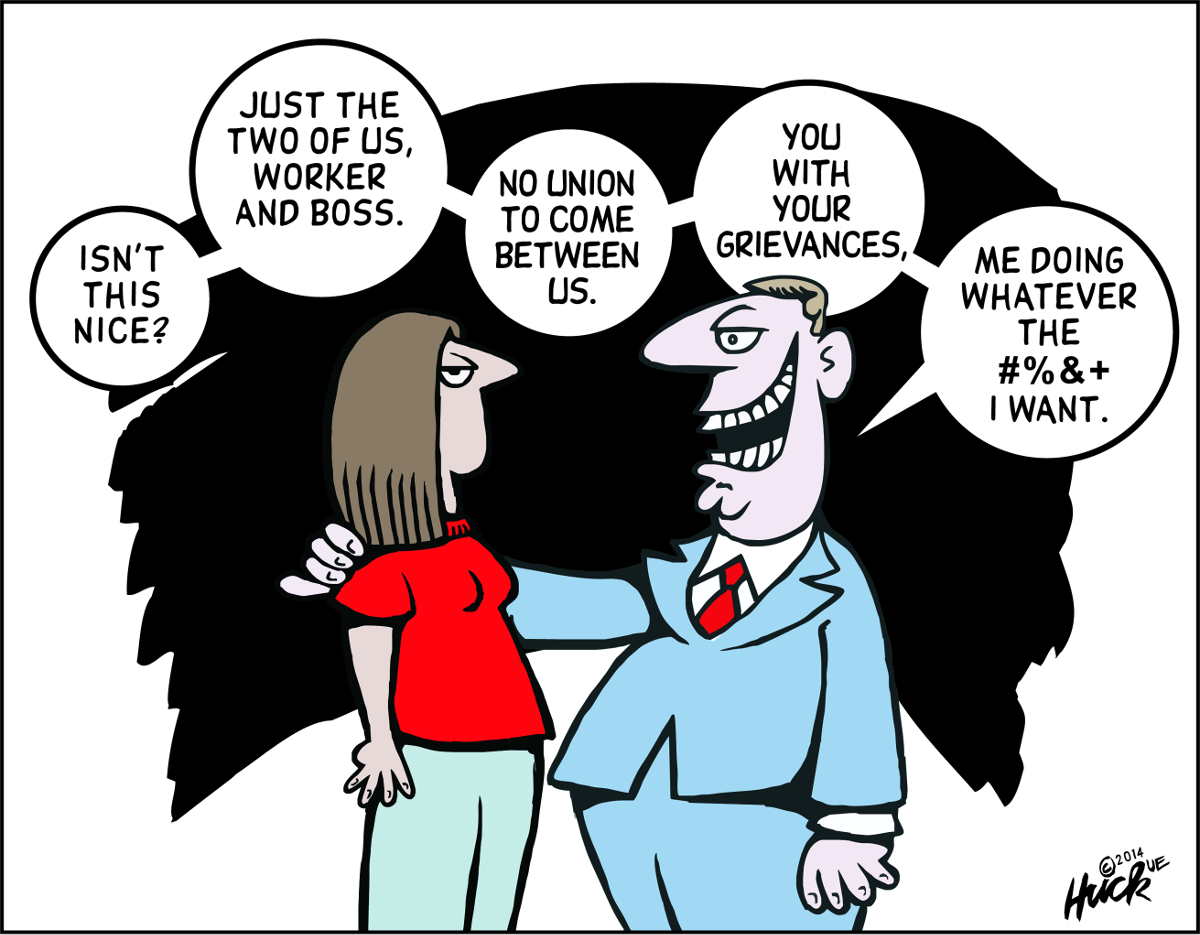 Weak labor laws, employers’ ability to break what laws there are with impunity, and anti-worker courts and labor boards have made it all but impossible for American workers to organize strong unions. As members of recently-organized UE shops know, it takes a heroic effort to withstand the barrage of company propaganda, captive audience meetings, one-on-one sessions and other techniques that bosses, advised by a whole industry of professional union-busters, use to convince, bully or bribe their workers into staying non-union (and exploited).

Two new bills in Congress would go a long way to redressing this unequal power balance between workers and bosses.

The PRO Act would also make it easier for workers to engage in collective action and solidarity — the only weapon we have against the employers’ deep pockets. The Act would prohibit employers from permanently replacing workers during an economic strike and and remove all limitations on secondary boycotts (a secondary boycott is an act of solidarity with other workers, as when workers in one plant refuse to handle materials produced by scab labor in another plant).

The Public Service Freedom to Negotiate Act, introduced in late June by a group of Democrats including Scott and newly-elected Congresswoman Abby Finkenauer (D-Iowa), would set minimum standards for collective bargaining rights for public sector workers nationwide, ensuring that states such as North Carolina create a legal framework for exercising those rights and restoring those rights in states such as Iowa where they have been curtailed.

These bills show a new willingness by some members of Congress to stand up for working people. However, they will face the same opposition from Republicans and corporate Democrats that killed labor law reform under Presidents Obama, Clinton and Carter — so union members need to get busy holding their representatives’ feet to the fire.

Call your Congressperson today at (202) 224-3121, ask them what they’ve done lately to support workers’ right to organize, and tell them to co-sponsor and push for hearings on these bills: