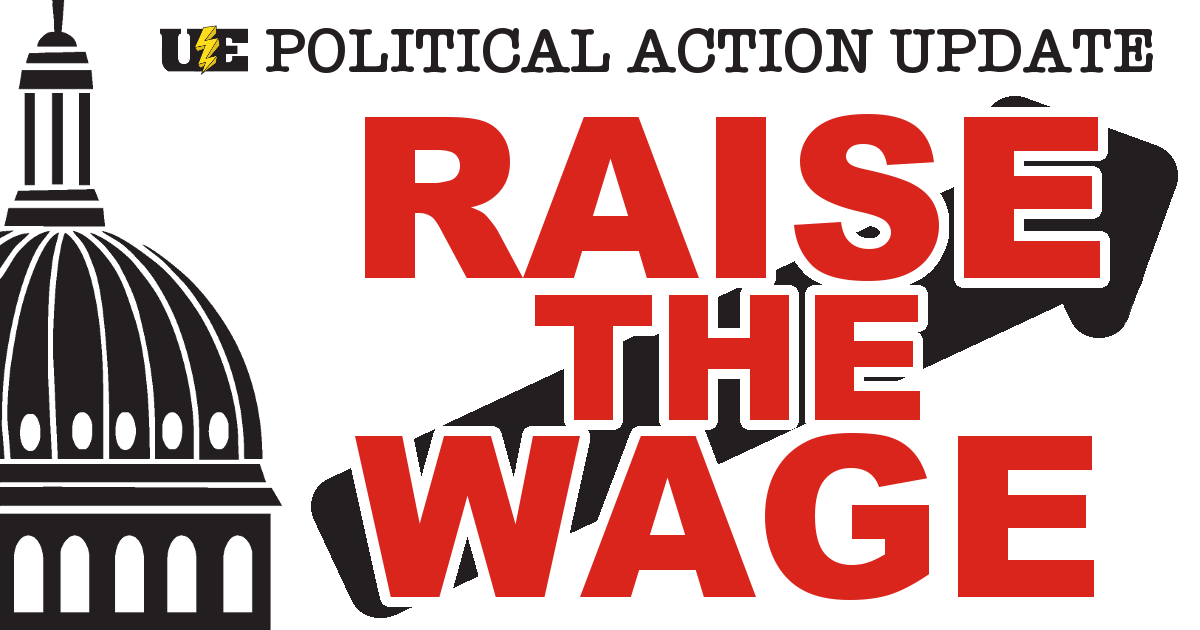 Last Thursday, the U.S. House of Representatives passed the Raise the Wage Act, which would raise the federal minimum wage to $15/hour over six years. It would also phase out the degrading “tipped minimum wage” of $2.13 for tipped workers, and ensure that the minimum wage would continue to keep pace with inflation by automatically increasing the minimum wage in line with the median wage increase of all workers.

In an unequivocal resolution, “Increase the Minimum Wage to $15,” delegates to UE’s 2017 convention declared that “While the cost of living in the U.S. has steadily risen, the minimum wage has not increased at the federal level since 2009 due to congressional indifference to the conditions of low-income workers.”

However, Senate Majority Leader Mitch McConnell (R-KY) has refused to bring the bill to a vote in the Senate. Longtime UE ally Bernie Sanders (I-VT) blasted McConnell’s refusal to let the Senate vote on the Raise the Wage Act, saying:

If Senator McConnell wants to vote against that bill and explain to the people of Kentucky why he believes a $7.25 minimum wage is acceptable to him that is his prerogative. But he should not deny the rest of the Senate the opportunity to vote for this bill and increase wages for 40 million Americans. No one who has a job in America should be living in poverty. Let the Senate vote.

Although McConnell claims that a higher minimum wage would hurt jobs and the economy, the most recent in-depth research on the topic, by economists Anna Godoey and Michael Reich, shows that “higher minimum wages do not have adverse effects on employment, or the weeks or hours worked among minimum wage workers.” They also found that raising the minimum wage has a positive effect on wages for all workers, and reduces household and child poverty. Increasing the minimum wage reduces employee turnover, increases worker productivity and raises consumer demand — all of which leads to a healthier economy.

The 2017 UE convention resolution noted that the success of the Fight for $15 Movement, spearheaded by fast-food workers and the labor movement, “is an astonishing step forward for a movement which is only five years old. When unions and working people join together to insist that people in our country need and deserve better wages, the seemingly impossible becomes possible.”

Take Action! Call the Capitol switchboard at (202) 224-3121, ask to speak to your senators, and demand that they ask Majority Leader McConnell to hold a vote on the Raise the Wage Act.