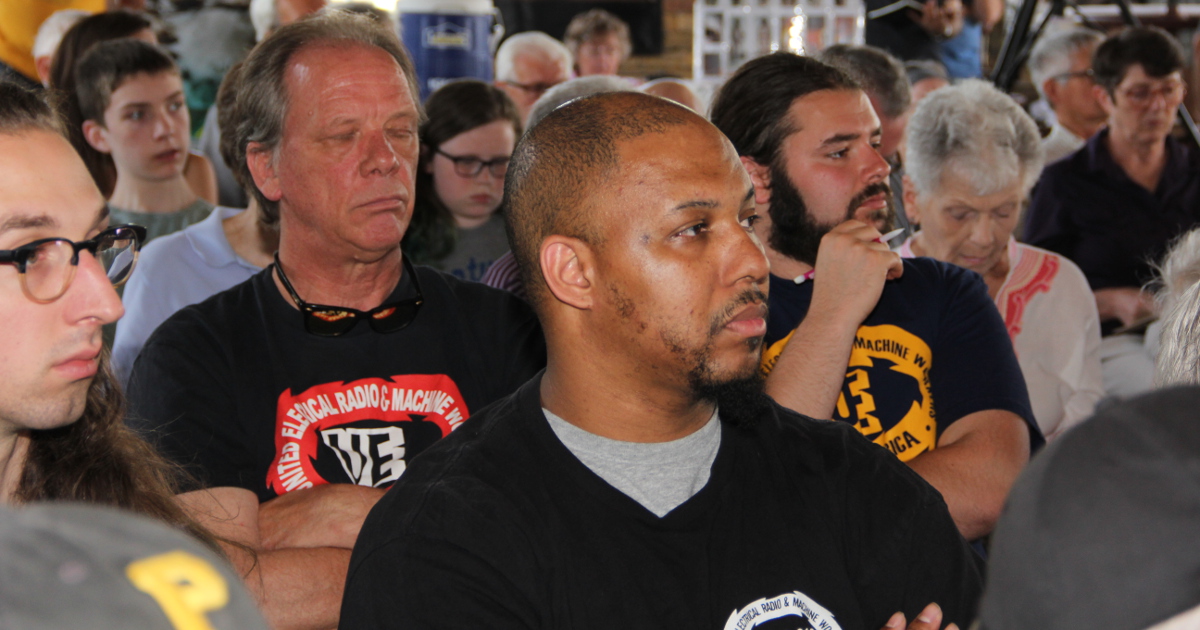 UE members, leaders, and staff attended a packed Labor-Environment forum on Saturday, June 8 at the historic Pump House in Homestead, just outside of Pittsburgh.

Over a hundred local union leaders, members, retirees and representatives of community and environmental organizations spent the afternoon discussing the Green New Deal and how to work together to demand that this be a worker and union centered new deal. State Representatives Summer Lee and Sara Innamorato and US Congressman Mike Doyle were also in attendance.

Joe Uehlein, President of Labor Network for Sustainability and former Secretary-Treasurer of the AFL-CIO Industrial Union Department, gave the keynote address. He was followed by four responses from representatives of labor, young activists, and the town of Braddock, a Mon Valley mill town. Participants then broke up into 10 groups to discuss how to bring a labor-environmental alliance to life, and re-convened for report backs.

The four responders were Rosemary Bezy, vice president of USW Local 1557 at the Clairton Works; Chris Petrone, legislative director of Operating Engineers Local 66; Tina Doose, president of Braddock Borough Council; and Eva Resnick-Day, community organizer for the Sierra Club's Ready for 100 Campaign. The event was emceed by Mike Stout, president of the Allegheny County chapter of the Izaak Walton League and the last grievance chair for USW Local 1397 at the now-defunct Homestead Mill.

UE's General Executive Board issued a statement on May 30 urging UE members to “Get Active for Good Union Jobs in a Renewable Energy Economy.”