U.S. Labor Against the War Condemns Coup in Venezuela 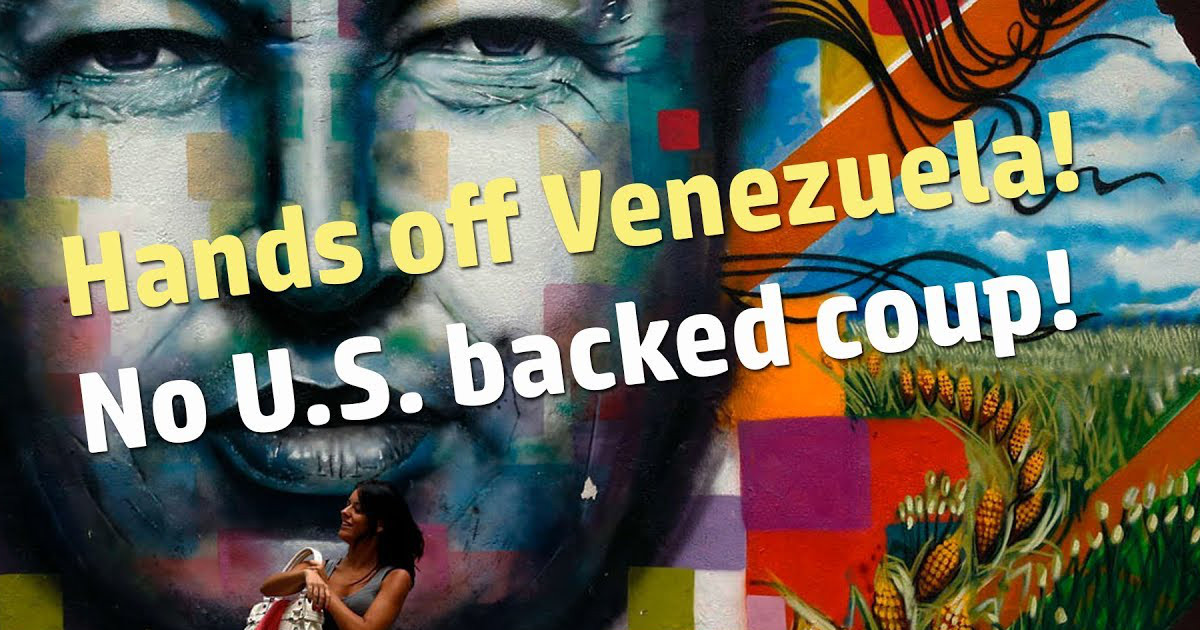 U.S. Labor Against the War, which UE is part of, released a statement earlier this week condemning the Trump Administration's intervention in the internal affairs of Venezuela:

The U.S. has no legitimate claim to intervene in the internal affairs of other countries, to take sides in internal political disputes, or to undermine governments elected by the people.  We have seen the disastrous consequences of recent U.S. interventions in Iraq, Afghanistan, Syria, and, through its alliance with Saudi Arabia, in Yemen. U.S. intervention in Venezuela can only bring further hardship and suffering, as followed U.S. support for the 2009 coup in Honduras that overthrew the elected government there and contributed to the stream of asylum-seekers now on our southern border seeking relief from that disaster.

History professor Greg Gandin argues in a recent article in The Nation that support for the coup in Venezuela is aimed at undermining Medicare for All, a Green New Deal to provide jobs, and other policies that working-class Americans desperately need.

“A political coalition cannot dominate the domestic policy debate unless it also dominates the foreign-policy debate,” says Gandin, and the attempted coup in Venezuela is Trump’s attempt to follow in the footsteps of Reagan and the Bushes, using foreign policy to “reorder” domestic politics:

Trump, himself presiding over a nation suffering a seemingly insurmountable crisis and challenged by a united (or united enough) opposition, is desperate for something to break the deadlock. [ ... ] Venezuela beckons.

UE's General Executive Board, meeting last week in Pittsburgh, declared that "Trump’s formal recognition this week of the unelected, pro-business Juan Guaidó as the “president” of Venezuela will only create more tension, violence and economic instability in a country already suffering from U.S. economic sanctions and support for violent anti-government forces."

UE Policy, passed by rank-and-file delegates to UE's 2017 convention, demands that the U.S. government cease all harassment of the democratically-elected government of Venezuela:

Recently Trump imposed new sanctions on Venezuela and said he would not rule out a “military option.” The U.S. media and politicians have recently been even more overwrought in their denunciations of President Nicolás Maduro’s elected government, ostensibly because it held an election for a constituent assembly. Apparently holding an election without the U.S.’s permission is a sure sign that you are trying to impose a dictatorship.