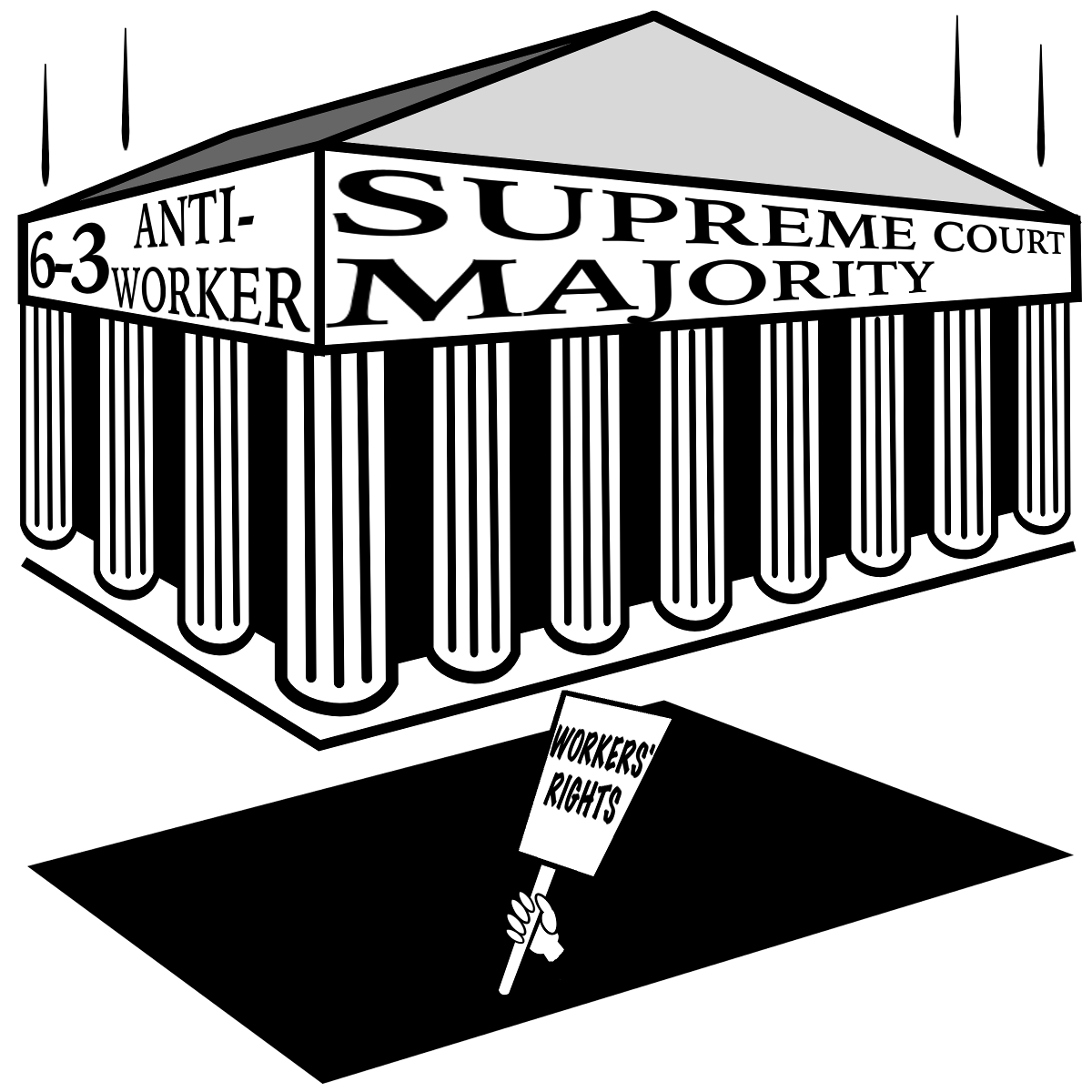 On Wednesday, the Supreme Court issued its first major decision of the year on workers’ rights — and the results were not good for workers.

Bolstered by Trump’s three appointments, all of whom embrace a pro-corporate, right-wing ideology, a 6-3 majority ruled that a California law which protects farmworkers’ rights to talk to union organizers constitutes a “taking” of property. The decision, as Ross Slaughter writes in the labor law blog On Labor, “represents a dramatic rightward shift in the Court’s takings jurisprudence, one that calls into question a whole host of government regulations designed to protect workers and the public.”

The law in question was passed in the 1970s after campaigns by the United Farm Workers drew attention to the miserable working conditions in California’s massive, factory-style farms. Farm workers can not easily leave their place of employment during breaks (indeed, many of them live on the farms where they work), so the law granted union organizers limited rights to visit farms to talk to farmworkers — similar to the right of OSHA inspectors to visit workplaces to inspect for health and safety compliance.

Slaughter writes that the decision “treats workers — and particularly farmworkers — as uniquely underserving of protection.” While the Court allowed that the government could regulate businesses that are “open to the public” (as consumers), it did not see fit to recognize the rights of the workers who employers have “opened their property to.” It allowed that the government has a right to impose regulations in the “public” interest, but not that it has the right to impose regulations to protect workers.

Steve Vladeck, a professor at the University of Texas School of Law, described the decision as “the full force of the new 6-3 conservative majority embracing a broad view of property rights both in general and at the specific expense of organized labor.” Vladek continued, “it is, almost certainly, a harbinger of things to come.”