Court Decision is Attack on Women, Rights of All People

UPDATE: On Friday, June 24, the Supreme Court officially released a decision overturning Roe v. Wade, which conforms in all important ways to the leaked decision condemned by the UE officers in this statement. 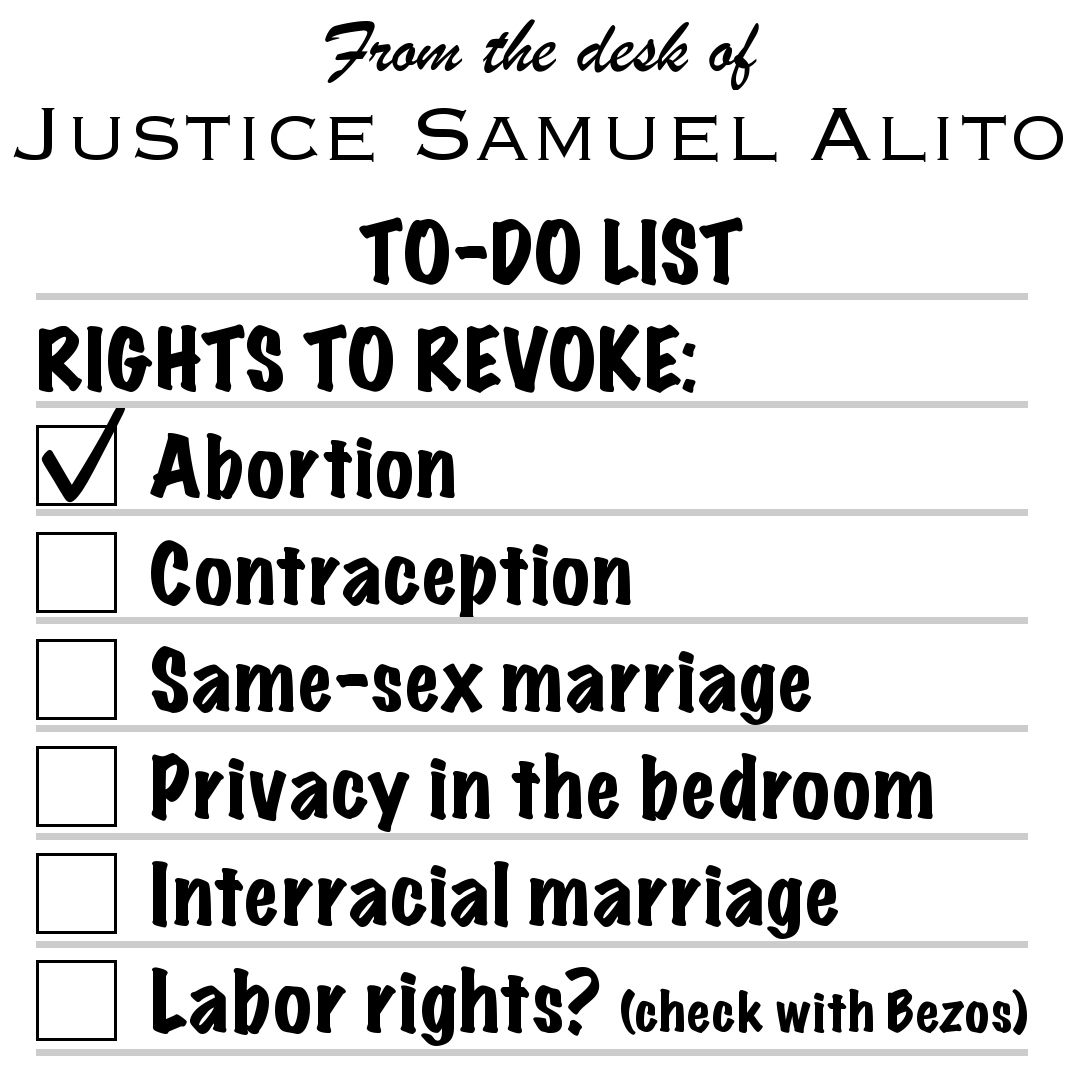 We condemn unequivocally the draft Supreme Court opinion overturning Roe v. Wade that was leaked on May 2. It is an indefensible attack on the right of women and pregnant people to control their own bodies, one of the most fundamental of liberties. Furthermore, the leaked draft opinion, which overturns a half century of settled law, signals that this unelected group of six right-wing justices sees none of our rights as untouchable.

UE policy, approved overwhelming by elected rank-and-file delegates at our 77th Convention in September, “Supports the right of all those seeking reproductive healthcare, regardless of economic status, to choose whether to continue or terminate a pregnancy, to have access to free, confidential, and effective birth control and family planning services, to be protected against forced sterilization, and not be discriminated against because of reproductive health issues.”

Laws that criminalize abortion do not reduce its frequency, they merely make reproductive health care more expensive and dangerous, with the burden falling disproportionately on working-class women and women of color. Without the right to control their own bodies, women will face increased barriers to participating fully in society, including in their unions. Without the full participation of women, the unity that is essential to winning gains for workers and the working class will be weakened. As UE policy notes, “Until women have full and equal rights, all workers are held back.”

The attack on reproductive rights is being waged, cynically and hypocritically, by politicians who know that they and their families will always be able to access reproductive health care, and who regularly invoke “freedom from government intrusion” as a reason to oppose pro-worker legislation. Their aim is not to protect “life,” but to create cover for a pro-corporate political agenda that is unpopular with voters. Those who campaign most vociferously against women’s reproductive rights also refuse to support universal healthcare and paid family leave, and are some of the labor movement’s bitterest enemies.

In his draft opinion, Justice Alito argues that only those rights commonly understood to exist in 1868, when the 14th Amendment was ratified, have constitutional standing. Alito specifically notes that constitutional rights to contraception, same-sex and interracial marriage, and freedom from government intrusion into our bedrooms do not meet this criteria. His claim could just as easily be used to justify undermining New Deal legislation establishing labor rights, the minimum wage, and Social Security — all of which were challenged as unconstitutional in the 1930s and survived only after massive outcry and widespread strikes convinced the court to change its mind.

This draft decision is also a product of some of the most undemocratic features of our political system, and of some of the most unethical political machinations in recent history. Three of the six justices joining the majority opinion were appointed by a president who did not win the popular vote, and two of those were confirmed by the votes of senators who collectively represent fewer Americans than the senators who voted against confirmation.

The blatant use of the Supreme Court to further a right-wing political agenda is a threat to all of our rights, including the rights of LGBTQ+ people, immigrants, people of color, and all workers. It must be met by militant, collective action by working people and our allies, and by a demand to bring greater accountability to the least democratic branch of our government. UE stands with all those who are being attacked by this likely Supreme Court decision, and with all people who may come under attack in any future decisions by what has become a dangerously undemocratic institution.