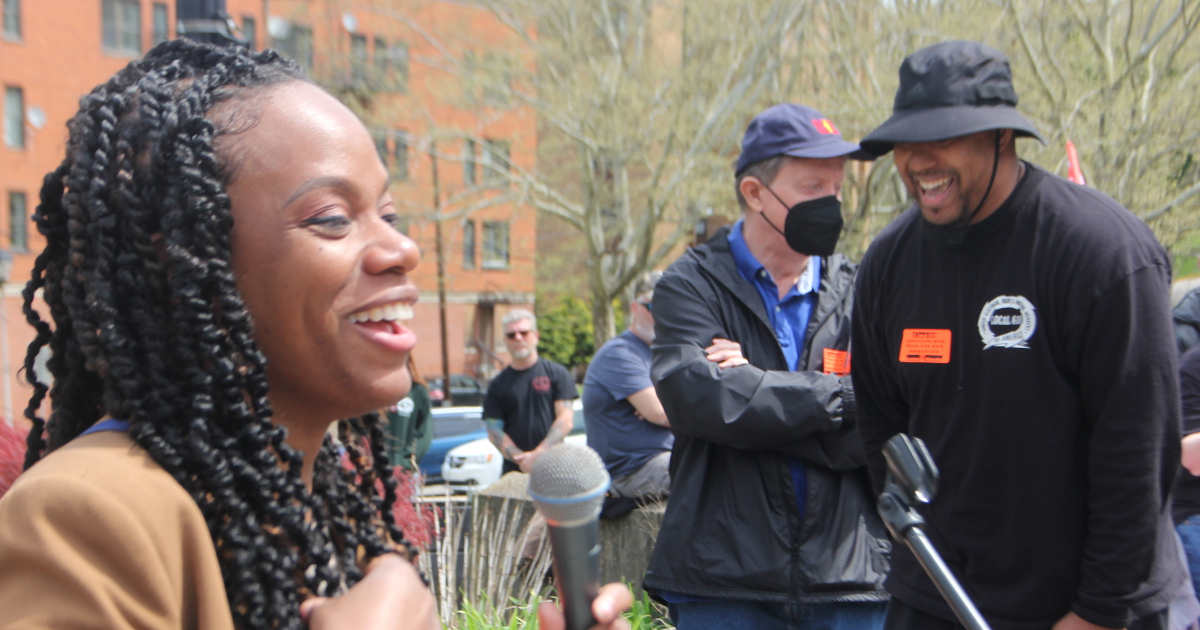 Summer Lee, a strong UE ally and champion of the working class, won the Democratic primary for Congress in Pennsylvania’s 12th District on May 17. The hard-fought campaign saw millions of dollars of out-of-state “dark money” pouring into the state in an ultimately unsuccessful effort to defeat her.

Lee is “one of the few politicians who stood by us and with us in our struggles,” Local 610 President Antwon Gibson reported to fellow members of UE’s General Executive Board, during the Political Action Report. “She’s been around, and so have all her allies. So we have huge support right now.” (Lee and many of her political allies — including newly-elected Pittsburgh Mayor Ed Gainey — turned out to rally with Local 610 for a fair contract and against a threatened plant closing on April 30.)

“It’s good just to have somebody [in Congress] that shares UE’s values and understands our struggles.”

“She stands for everything that UE believes in,” added Eastern Region President George Waksmunski.

Since her election as state representative in 2018 — when she ousted an incumbent, do-nothing establishment Democrat — Lee has been a constant fixture on picket lines and other labor actions in southwestern Pennsylvania, including rallies supporting UE Locals 506, 610, 618, 625 and 626.

The Democratic establishment has not warmed to Lee since her election. In 2020, party insiders recruited a primary challenger against her, whom Lee handily defeated. After she announced her intention to run for Congress in the 12th District, which includes Pittsburgh, the party supported a redistricting plan that moved most of her existing state legislative district — and Lee’s home — out of that district. (In Pennsylvania, Congressional candidates are not required to live in the district they seek to represent, so Lee was still able to run.)

As the primary neared, Lee faced a multimillion-dollar smear campaign funded by “dark money” PACs opposed to her support of the rights of the Palestinian people. These PACs, which mostly support right-wing, anti-labor Republicans, ironically made the claim that Lee was “not a real Democrat” the centerpiece of their attack ads. 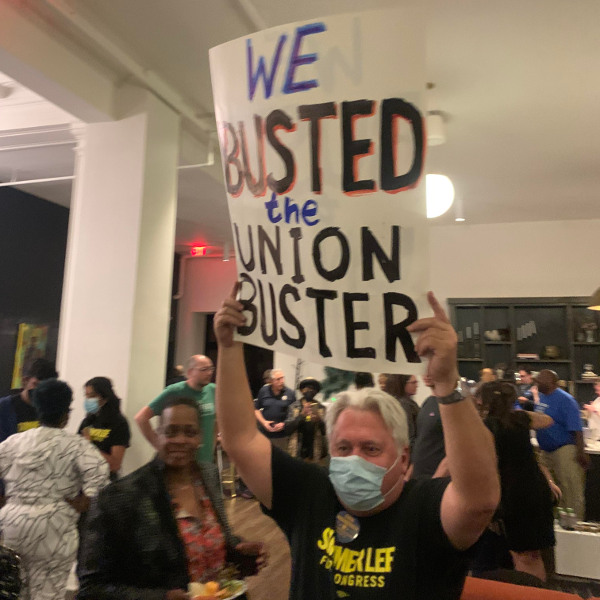 Lee’s primary opponent, Steve Irwin, is a partner at the union-busting law firm Leech Tischman, and headed up its labor and employment division for at least a decade. However, Irwin’s clearly anti-labor history was no barrier to him receiving the endorsement of many prominent Democrats, including former mayor Bill Peduto and retiring 12th District Congressman Mike Doyle. Waksmunski called it “disgraceful and outrageous” that so many establishment Democrats “lined up to support a union buster.”

"It just goes to show the corruption and the decay” of the Democratic Party establishment. “They don’t want people like us who are going to represent working people to be in power.”

Sadly, the union buster Irwin even garnered endorsements from several unions — though, unlike in 2018, Lee had significant labor support outside of UE, receiving endorsements from SEIU, UFCW and the Pittsburgh Federation of Teachers. (The Allegheny County AFL-CIO declined to make an endorsement.)

While Lee was outspent by a wide margin, her campaign made up for it in people power. UE members and retirees gave their weekends and evenings campaigning for Lee, and she was endorsed by Local 610, Local 667, and UE’s Eastern Region.

In her victory speech, Lee declared that corporate Democrats will now “never be able to say” that you can’t win elections while fighting for the working class, for clean air and water, for Medicare for All, and for quality public education for every child. “When we come together, we can’t be stopped!”