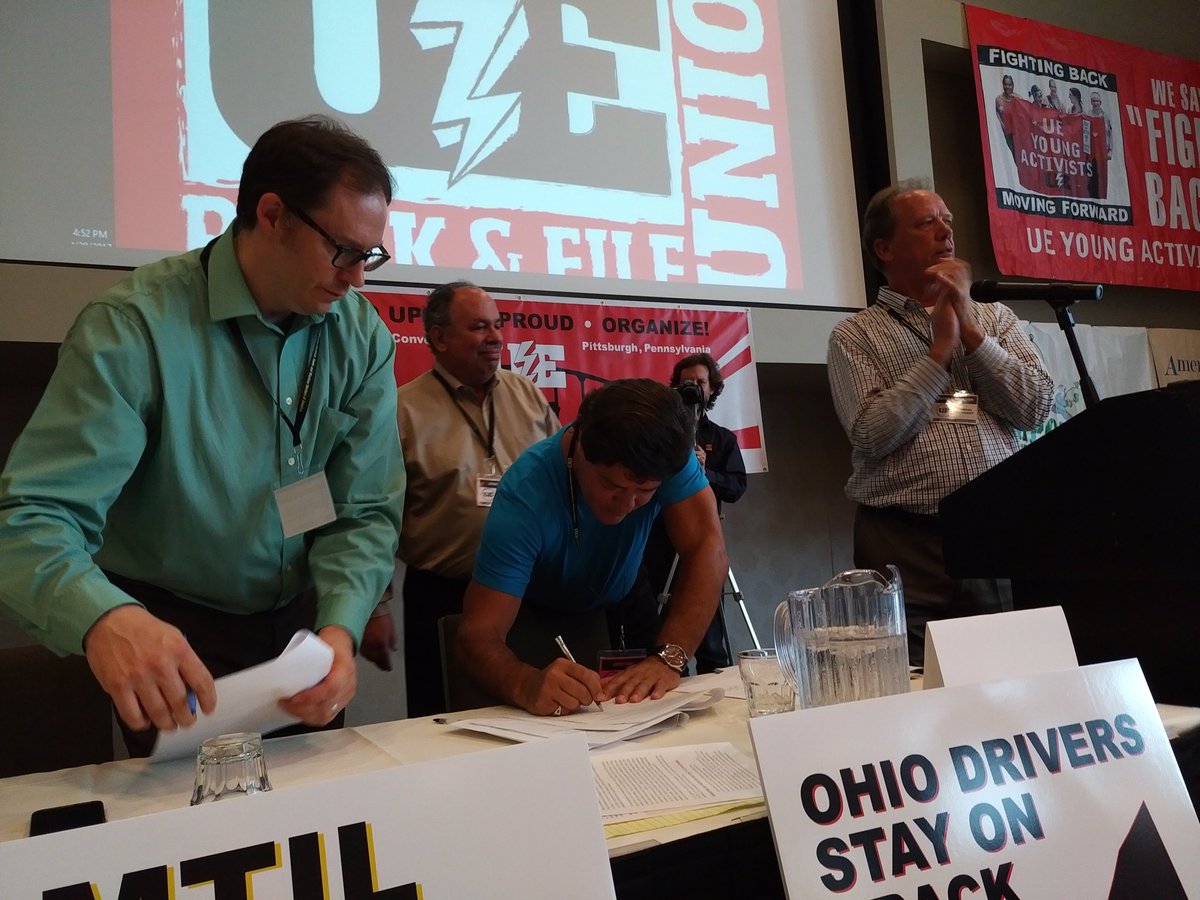 “Working people in the United States, like working people in Canada, are confronted by rising inequality and a political establishment that refuses to confront that inequality head-on,” says UE General President Peter Knowlton. “Our members know that the divisive, right-wing ‘populism’ of Trump will not bring them the healthcare, good jobs and education that our communities need. We need a new labor movement in North America, that will fight for all workers.”

“The best way to make progress for working people at the bargaining table is to link our bargaining demands to demands for social progress,” says Unifor National President Jerry Dias. “An attack on one is an attack on all. And we will all stand strong when we stand against racism and with women, immigrants and refugees and our LGBTQ+ community.”

North American workers need unions that can reverse decades of decline and organize, speak and act for the new working class — organized and unorganized. They need unions that will resist concessionary and two-tier bargaining that divides workers. Unions must build effective solidarity through a full and comprehensive commitment to equity, democracy and militant action. Strong independent political action must break the pattern of unions giving their support to political parties and politicians that neglect, minimize and compromise workers’ interests. By this Cooperation Agreement, the UE and Unifor declare their solidarity and working relationship through the “UE-Unifor North American Solidarity Project.”

UE and Unifor have mutual interests in organizing and bargaining with General Electric and other manufacturing companies. Both UE and Unifor strive to be a union for everyone, private sector and public sector. Unifor and UE are both reaching out to organize and fight for vulnerable and precarious workers, and have proud histories of fighting against discrimination and for equity.