UE Local 506 Members Overwhelming Authorize Executive Board to Call a Strike, If Necessary. 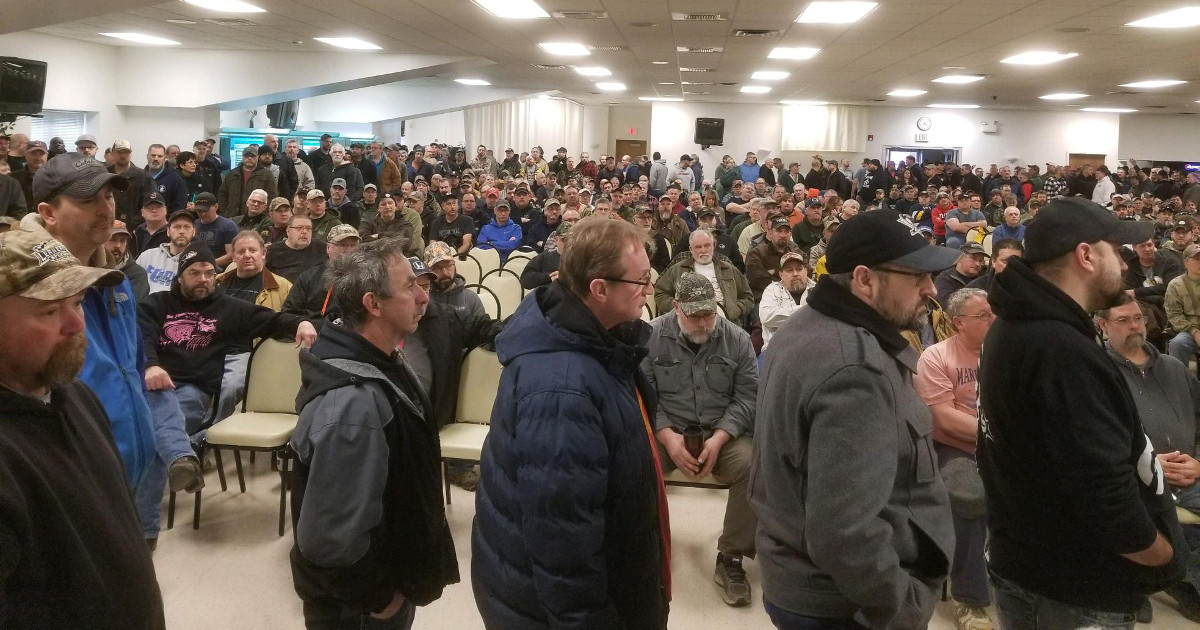 Members of U.E. Local 506, around 1,700 hourly employees at Wabtec—as of Monday, February 25, voted at near consensus to authorize the union’s Executive Board to call a strike, if necessary, during a rank and file vote at the Harborcreek Social Hall this morning. U.E. Local 618, representing salaried non-exempt workers also voted to authorize a strike, if necessary. This is the first time members of UE 506 have voted for a strike authorization in 1969, fifty years ago.

“Our goals are to work hand-in-hand with the company to ensure our members have a healthy and safe work environment; that our wages are commensurate with our skill levels; that the company is successful and grows, and to continue to contribute to the local economy in a productive manner,” said Scott Slawson, President, UE Local 506. “We are fighting for family sustaining jobs that lift our community up, and that communities across America deserve to maintain.”

“At the heart of the multi-billion-dollar company that Wabtec has acquired is a highly-skilled and disciplined workforce that continues to produce locomotives that are sought after world-wide. We take pride in being a part of that economic engine and in the fact that we are helping fuel our local economy. A healthy and safe work environment with a dependable, highly-skilled workforce coming to work every day secure in their jobs and with the respect of their employer is the bedrock of a strong economy, and at the heart of that economy are the community members that fuel it.

“We hoped that our goals would be achieved through an extension of the existing contract that we requested in November. Unfortunately, Wabtec rejected that offer, precipitating negotiations that thus far have not progressed very far beyond our opening discussions. We remain 100% available for continued negotiations, and UE 506 will not close off communications with Wabtec as a result of this vote.

“Our members authorized us to call a strike, if necessary, because they care about their communities and they want to preserve high quality jobs not only for their families, but for the next generation of Erie workers who commit to learning a skill, and working hard to support their employers’ success. Erie is our home—we are fighting for the jobs that Erie was built on and that will help sustain it.”

The current negotiations between UE 506 and Wabtec began on January, 29. Despite being the union’s offer of unlimited availability there have been just seven negotiating sessions. Negotiations were set in motion after Wabtec rejected a UE 506 proposal that the company honor an existing collective bargaining agreement through the continuation period (one year from the date of the sale). If accepted, it would have provided a healthy timeframe for the new labor/management relationship to be established, to educate Wabtec on the complexity of the Lawrence Park site, and to work hand-in-hand to eventually negotiate an agreement that supports Wabtec’s new business.

If an agreement is not reached by Monday, Wabtec has indicated that UE 506 members will become employees of Wabtec under a proposed initial terms and conditions, which was established as a non-starter from the onset of negotiations. The proposed terms and conditions would negatively impact every aspect of the daily working and personal lives of the Wabtec workforce.