Visions of Liberation: Robin Kelley on Black and Working Class History, Culture, and Dreams of a Better Future 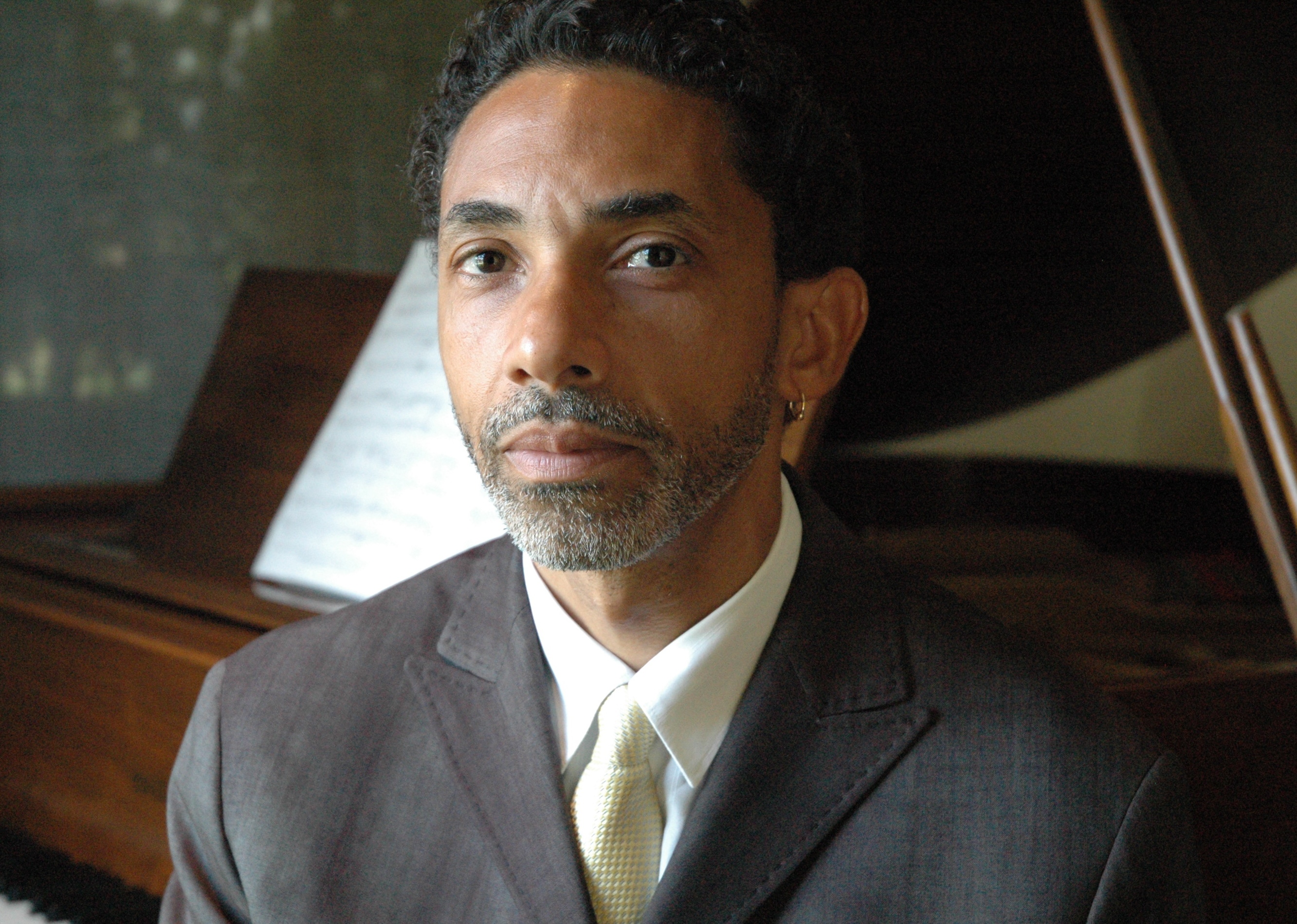 Robin D. G. Kelley, age 48, has over the past two decades become one of the most respected historians of African American life, politics and culture. At the center of all his work is a focus on labor, and on the ways people have struggled not only to survive, but to make a better world.

He has written, co-authored or edited six books, and has written countless articles. His first book, Hammer and Hoe (1990), explored why and how black workers in Alabama during the Great Depression joined the Communist Party, one of the few national and multiracial organizations that showed any concern for their conditions, as a vehicle to build unions among miners, steelworkers, and even sharecroppers, and fight back against racist terrorism. That was followed by Race Rebels: Culture, Politics and the Black Working Class (1994), Yo' Mama's Disfunktional: Fighting the Culture Wars in Urban America (1997) and Freedom Dreams: The Black Radical Imagination (2002).

With Dana Frank and the late Howard Zinn he co-authored Three Strike: Miners, Musicians, Salesgirls and the Fighting Spirit of Labor's Last Century (2001). With Earl Lewis he edited a two-volume black history collection, To Make Our World Anew: A History of African Americans (2000). His most recent book is Thelonious Monk: The Life and Times of an American Original (2009.) This definitive biography of the innovative jazz pianist and composer has won numerous awards.

Question: In your writings you have dealt with political history of radicalism, history of black movements and black resistance, a lot about music and culture, but it all seems to fit together somehow, to have some common themes and a unified vision. Maybe you can talk about what that is.

Answer: Politics and particularly working class politics brought me to the historical profession in the first place. It's not like I became a historian and then became interested in labor. I was trained at UCLA as a U.S. labor historian. Of course UE's history contains a deep anti-racist legacy that many people who know anything about labor are proud of.

I was active in a number of organizations as an undergraduate and grad student — left organizations, black nationalist formations. My interest was how do working people, particularly working people who have been marginalized, like African Americans, organize, not in organizations led by middle-class people, but within working class organizations. How do they organize not only to defend their own collective interests, but also just to survive?

I wrote about the Communist Party in Alabama with the intention of understanding what it is that black working people bring to an international organization.

Race Rebels was an experiment in looking at everyday forms of resistance among the black working class. For me that's very important because that's the world I grew up in.

Q: Well I like the way you started that book talking about your experience as a teenager working at a McDonald's in Pasadena.

A: For my generation and my peers , we weren't working just for extra spending money. My money went to my mother. We were just trying to make it.

[Kelley described his working class childhood: born in New York, living in Harlem until he was nine, a few years in Seattle with his father, then starting high school in Southern California.]

But my older sister and I have always been interested in working class struggles — my sister introduced me to Marxism — interested in trying to figure out how to advance society so that you eliminate poverty, you have full employment, you can have dignity in work. These are the basic things we grew up with. So when I jump forward even to the work I'm doing now, a book on Thelonious Monk B the labor element seems to be really, really important. Coming from a labor history perspective, and having had a stepfather who's a jazz musician, you actually see how playing music, improvised music, American music, it is a proletarian life. My piece in the book Three Strikes was about how musicians organized in the face of changing technology.

In the case of Monk, one of the points I tried to make was what a struggle it was for him to survive and to keep his family together, and how little money he made. So I try to follow the money, look at the labor conditions. I tried to look even at his battles in [New York Musicians Union] Local 802. So many historians of jazz only look at Local 802 records to see if someone had a gig, but not at whether or not they had a grievance. It doesn't occur to them. So to me, that thread of labor organizing and labor democracy just runs through everything I do.

Q. It probably surprised a lot of people to see you, known as an historian of political movements, write a biography of a musician. Besides the aspect of musicians as workers, were there any other political or social lessons you learned by studying the life of Monk?

A. It's funny how many people have written me about that. People who loved Hammer and Hoe and ask, "What happened? We want a big book on political economy," and they're disappointed.

One of the things that runs through everything is the importance of art and culture, not as an expression of a political ideology but as a kind of renewal. So much of culture is about community building and sense of self. Much of art is about remaking yourself and imagining a different possibility and freeing yourself from the drudgery of wage labor. That's the thing to me that's as politically potent as being able to fight for those bread and butter issues. What does it mean to be free?

With Monk, I'd been playing his music, I loved his music, and I wanted to write a book about someone who decided, "I'm going to take a very different path musically, no matter what the consequences are. I'm going to create a body of work that is in my own voice that will bring joy to the people." He wasn't trying to do anything weird or strange, his whole thing was to bring joy, and to make a living doing it.

The second thing is, by looking at Monk's life, he walks us through all the major political and cultural and social struggles of the 20th century. For example, when I talk about his early life, his childhood, I'm trying to show the reader what it is to be part of a community — something we've lost. A community that says, we're going to take care of each other. We may be poor but we're going to make sure our kids have a decent education, decent housing, and for those who people who don't have, we're going to share.

And so much of that story is about the education of Thelonious Monk, what does he learn, how does he learn it. How is it that his mother, a domestic worker, could scrub floors and create a life that allows him to be a creative artist? We're at a stage now, in the 21st century, where I have students who don't believe that poor working peopelk can do anything. They're like, "Well, they need us because we're the educated ones, we're going to go in there and save them." And I said, "Really?"

Q. There's a page about you on Wikipedia, and you're quoted there saying that you are "not just anti something but pro‑emancipation, pro‑liberation." The quote is from 1998. What are your ideas about emancipation and liberation, and how does the working class go forward when so many people are living among post-industrial ruin?

A. That quote came from a series of talks I gave on the history of social movements, and how you engage in the archeology of the visions of the kind of future people were trying to create. The book Freedom Dreams was all about that. It said, look, these movements didn't succeed in the sense that they led to revolutionary transformation, but they did leave us a kind of blueprint for how we might live with earh other, what life might be like in their best scenarios.

Do we struggle to save and expand the safety net so that capitalism is going to continue to exist, we just have to make sure that people who fall through the cracks can make it a little better than they did before? That's one scenario of the future of the working class. The other one is how can the working class, as a class, rethink their whole relationship to the economy?

How do you create new industries that are owned by the people, by working people themselves? In Detroit people have taken over abandoned lots and empty buildings and turned them into industries. They're engaged in urban gardening, for example, as a way to survive and to build communities, build connections across generations. It becomes a new means of organizing, getting people out of their houses, getting young people to learn not just a skill but to learn what it means to be part of a neighborhood and a community.

This goes back to the populists and the cooperative movement in the late 19th century in the U.S. — finding ways for people to create and make a living but in a collective setting with worker ownership. This is old fashioned but some of it can be part of a better future for labor, where we negotiate from a different position because we own some of the means of production.

I'm always optimistic. Through all my books there's a kind of an optimistic slant.