“We Can’t Give Up, We Can Turn the Corner”: A Women’s History Month Interview with Amy Newell 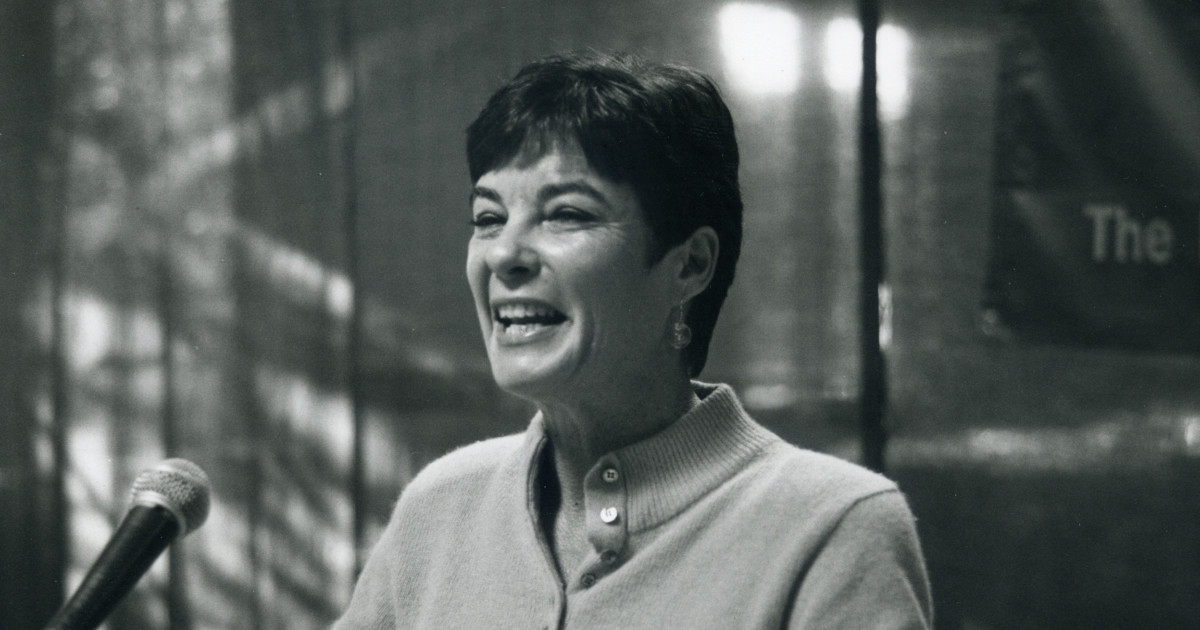 Her parents, Charles and Ruth Newell, were both UE staff members when she was a child. Her father was one of the first three organizers hired by UE in 1936 and her mother became a UE organizer during World War II.

In 1972 Newell moved to Silicon Valley to get a job at a semiconductor plant called Siliconics, to try to help UE organize the shop from inside. In 1974 the union hired her as a field organizer, with her first assignment in Holyoke, MA. She moved all over the country over the next 10 or 12 years, including a stint in Charleston, SC from 1975 to 1977 when she helped organize the big GE plant there. In 1981 she was promoted to international representative and served in that capacity in Districts 1, 11 and 12. At the 1985 National Convention she was elected Secretary-Treasurer in a close, contested election. She became the first woman to serve as a national officer of a manufacturing union in the U.S. She served nine terms as secretary-treasurer (UE then had annual conventions and annual election of officer), and did not run for re-election in 1994.

After that she moved back to California and worked for six years as director of the Monterey Bay Central Labor Council, two years as a volunteer for U.S. Labor Against the War, and for five years as organizer for the University Professional and Technical Employees at the University of California Santa Cruz. She retired from labor union work in 2010.

“I think it bears mentioning that UE from its inception had a very strong position of no discrimination because of race, religion, creed, skill level, trade, craft, and sex, and that was in the first constitution of UE at its founding. We take that for granted now but at the time that was quite radical. That was a real significant departure by UE and the other CIO unions away from the very male-exclusive and very white trade unionism of the old AFL. So the founding of the CIO and the chartering of UE, which was the first new union chartered by the CIO, was a big thing in and of itself.

“My father and Jim Matles missed the founding convention of UE because they were part of the group in the Machinists union that was struggling to get rid of the whites only clause. They went to the convention of the IAM to try to democratize that union, and they failed, so they marched out and over to UE and brought tens of thousands of machinists with them who wanted more solidarity and strength in numbers, they wanted industrial unionism.

“Because of the nature of our industry, even in UE’s early years there were many more women workers than in some of the other CIO unions, such as steel mills and tire plants. So we had a fairly good representation of women in our membership, but when you look at some of those early convention photographs, you’re kind of shocked to think there were women in the union, because very few of them were at the conventions. The elected local and district leaders tended to be overwhelmingly male.

“Nevertheless UE brought a famous suit before the War Labor Board in the early 1940s, challenging the lower rates of pay for women doing exactly the same work as men in GE and Westinghouse. So we may not have had a lot of women in leadership but the leaders we had were fighting for equal pay for the women members.

“Then starting right after the war, UE conducted a series of district and national women’s conferences on the problems of pay inequality and other issues affecting women workers. I remember seeing photos of those conferences, and I may not have realized then how advanced that was for the time when it was being done.

“The UE went through a significant contraction during the McCarthy period and after, a significant loss of membership, so there wasn’t a lot of hiring going on to the staff. And our staff tended to stay a long time, out of commitment to the union. So when the union was rebounding from that, it was an opportunity to increase the number of women on the staff. When I started in 1974, there were only two women on the UE staff as either field organizers or in professional positions in the national office. We had never had a woman research director or attorney, so it was pretty revolutionary when that started to change. And the union started hiring more women as field organizers and eventually promoting them to international reps. But by the time I left, I think a majority of our field staff were women.

“An important development during my time in the union was the rise of the Coalition of Labor Union Women (CLUW), starting in the ‘70s. It was very significant that it was independent of the AFL-CIO, so that it brought together women from many different kinds of unions, including the UE and others that weren’t in the AFL-CIO. Each union has seat on the national executive board, and I served on the board from the early ‘80s until my election as UE secretary-treasurer, and then someone else replaced me. It was really terrific to have an organization that was raising issues of women in their unions, as well as issues of women in the workplace. I think it opened up more opportunities for women to serve in leadership in their unions at various levels. There are lots of unions headed by women, and that wasn’t true in the ‘70s.

“I think one of the reasons Trump was elected was that the campaign against him focused too much on him and not on the Republican agenda. Trump is a scary guy and very unstable. But the really scary thing is the agenda of the Republicans in Congress and what they are going to do in regard Social Security and privatizing Medicare and ripping up what’s left of the social safety net. Now they have a Republican president sign their bills. I think it’s a foregone conclusion that if Trump gets to replace two members of the Supreme Court, then the right to a safe and legal abortion will go down the tubes. Then, like before Roe v. Wade, women will be seeking back-alley abortions, illegal abortions, going to Mexico for abortions. You know, women died from illegal abortions in the ‘60s.

“There is a lot of damage they can do that can be reversed if Congress changes hands in two or four years. But the damage to the environment may be permanent. Is Trump really going to pull us out of the Paris Accord on climate? And the Supreme Court appointments are very troubling.

“We’ve gone through some horrible times in this country before, and then we’ve managed to turn the corner and do really wonderful progressive things for working people. This may be one of those horrible times that we live through and struggle against and build for the future. I don’t know what else we do but keep the long view. Who ever thought the UE would survive the ‘50s? Not only did we survive, but the whole era changed in the ‘60s and ‘70s and working people started making progress again. We can’t give up.”