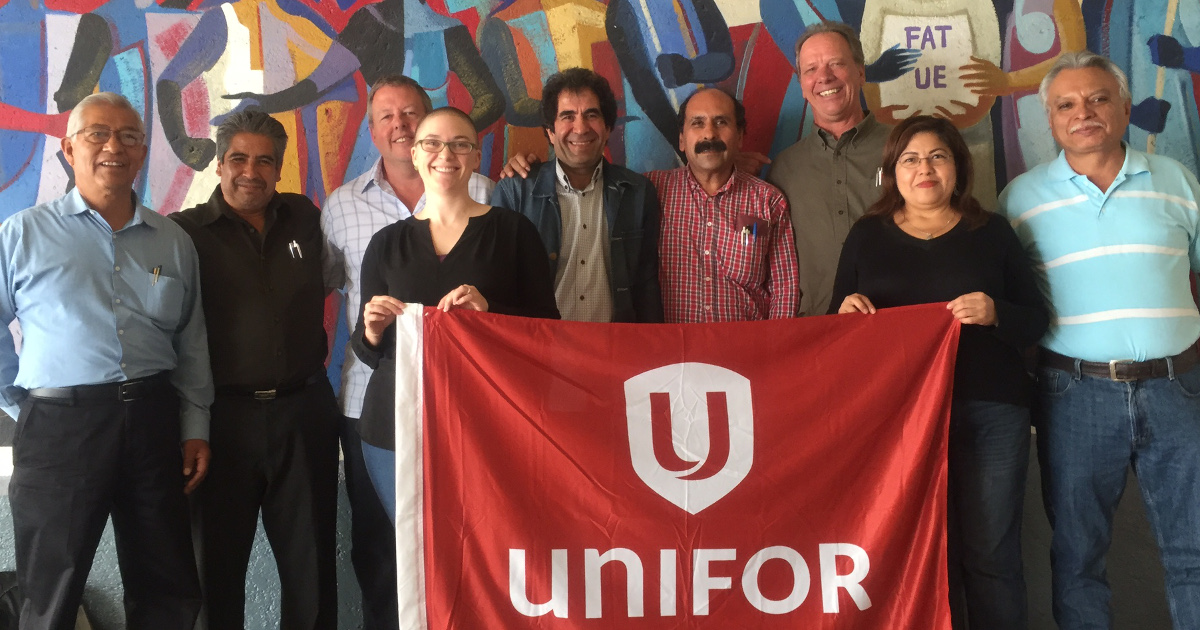 On September 13 and 14, UE and Unifor representatives participated in a series of meetings in Mexico City to facilitate continent-wide labor solidarity. UE was represented by General President Peter Knowlton and Director of International Strategies Kari Thompson, and the Unifor delegation consisted of Secretary General Bob Orr and Director of Human Rights and International Department Mohamad Alsadi.

The UE and Unifor leaders met with the UNT, a federation of independent unions in Mexico, during the UNT’s weekly meeting.

Later that day, the group took part in a meeting discussing strategic trinational solidarity, which included many members of the UNT and the Mexican Electrical Workers Union (SME). The conversation centered around NAFTA negotiations, but also covered other possible projects to raise working standards in all three countries. Raising wages for workers in Mexico is a top priority for all the parties.

The following day, the US and Canadian unionists spent time with the Frente Auténtico del Trabajo (FAT-Authentic Workers Front) at their offices. FAT leaders shared a report about the educational work they are doing for both their members and their surrounding communities on gender equity, ethics pertaining to human rights, and developing technological skills. Participants in FAT workshops learn not only the content but also how to share the information with coworkers and family members after they return home.

President Knowlton remarked, "These exchanges deepen our understanding of the challenges faced by the independent democratic union movement, especially in Mexico, and we should be optimistic about the movement's future. Strengthening our cross-border work and supporting each other allows us to better defend and improve the conditions of all workers across the continent — and defeat the divisiveness of corporate assaults on our living standards, like NAFTA."