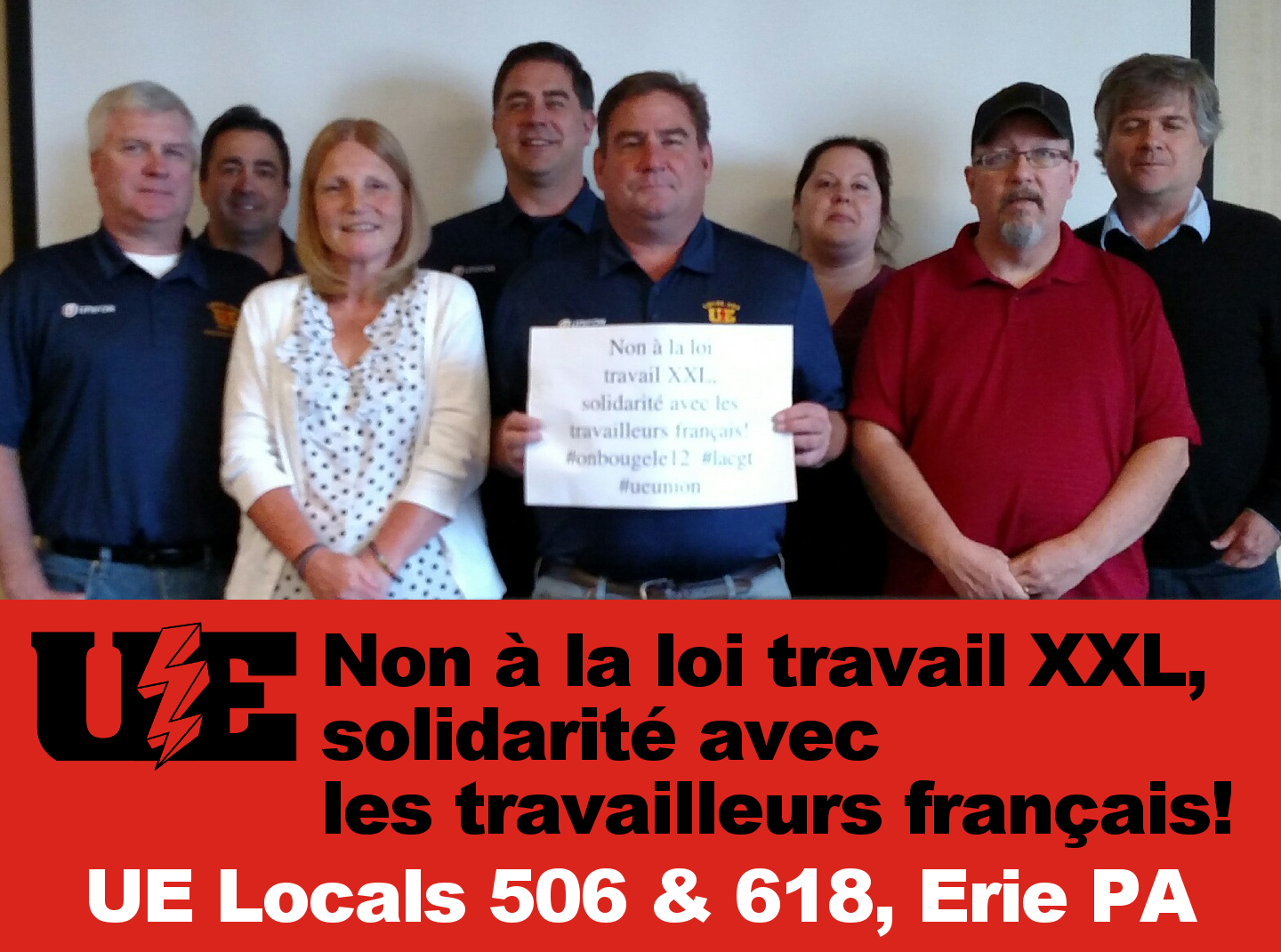 UE members took action on September 12 in solidarity with our union family from the General Confederation of Workers (CGT) in France.

In France, the CGT organized demonstrations and strikes in protest of proposed changes to their labor laws. These attacks on workers' rights are being pushed in a "fast track" process through their parliament that will give little time for the public to stop their implementation.

France has strong labor laws that provide for standards across a field of work, and these so-called "reforms" aim to roll that back by allowing bargaining at the company level. They would also make it easier to fire workers.

Almost half a million workers took part in the demonstrations and strikes in France, demanding a labor law that will bring social justice and progress, instead of attacks on workers. They were joined by youth refusing a life of precarious work, and retirees demanding a decent retirement.