The Question of Unity: A UE Leader’s Lessons About Building People’s Power 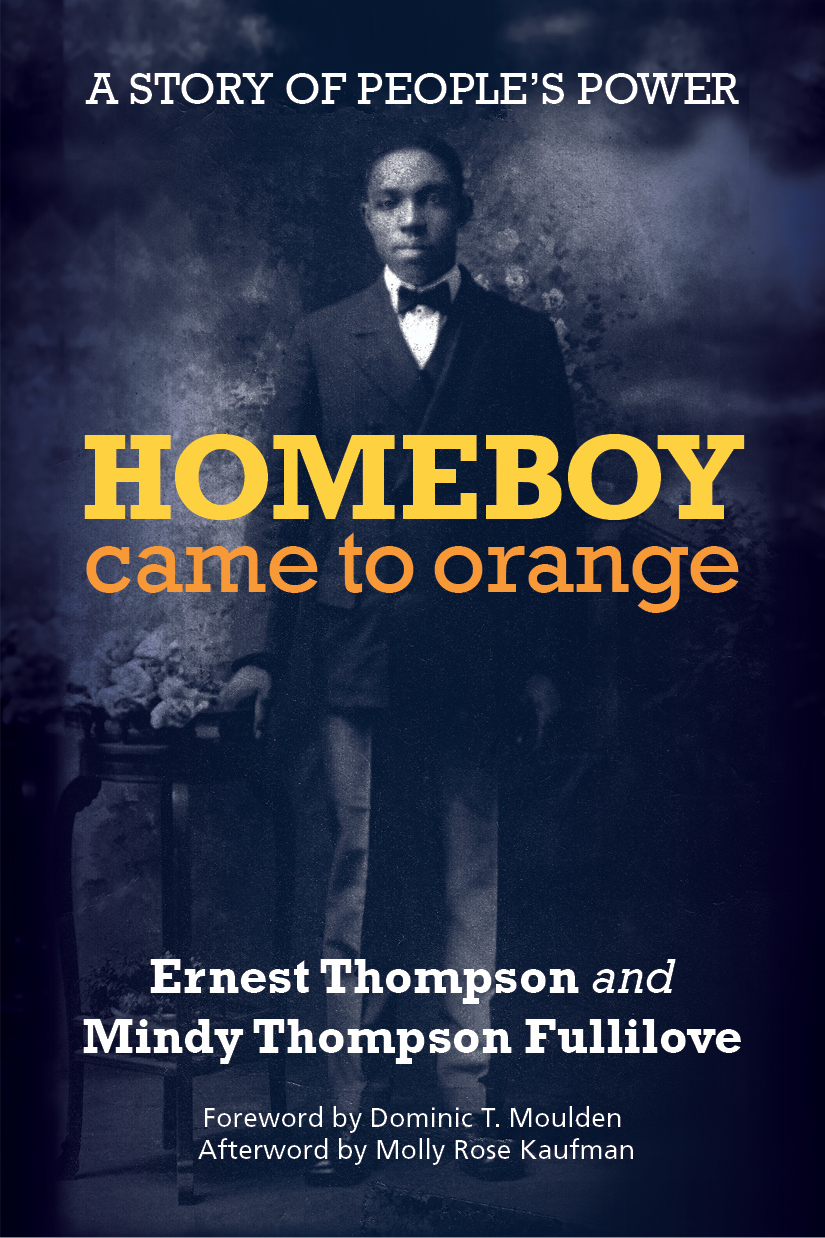 “Only the people can be entrusted with their own future.”
—Ernest Thompson, 1971

The legendary Ernest Thompson was a rank and file UE leader in New Jersey, the first African-American on UE’s national staff, and the national secretary of UE’s Fair Practices Committee (FPC). A new edition of Thompson’s autobiography Homeboy Came to Orange: A Story of People’s Power, co-written with his daughter Mindy Thompson Fullilove, was published this year by New Village Press.

Thompson was known as “The Train” during his time as a UE leader and field organizer, for his ability to “deliver” in negotiations. In 1950, he became the full-time secretary of the national union’s FPC, tasked with fighting racism and discrimination in UE shops and in the union. He was also a national leader of the National Negro Labor Council, an organization of African-American workers whose militant campaigns against racism in both the North and South earned it the same kind of attacks from the government as UE suffered.

When Thompson addressed UE’s 20th Convention in Cleveland, Ohio in 1955, he spoke about the work of the Fair Practices Committee as a contribution to “solving the main question of unity. That is the essence of our fair practices program — solid unity between Negro and white workers.” He spoke of “the struggle for democracy for all people, a new boldness and willingness to challenge all undemocratic forms” in fighting for fair practices for African American and women workers. But he also told the delegates “I have a continuous haunting feeling.”

That continuous haunting feeling turned out to be prescient, as within a year McCarthyite attacks had reduced UE’s ranks to the point where the union was no longer able to employ Thompson. He turned his formidable organizing talents and political acumen to solving “the question of unity” through community organizing and political action in Orange, New Jersey, where he had moved with his family.

It was in Orange that he became known as “Homeboy,” and the majority of Homeboy Came to Orange tells the story of his organizing for “people’s power” in this segregated northern city. Beginning with a fight to desegregate the schools his daughter attended, Thompson built organizations which increased the political power of working-class African Americans in their city, based on a program called “A New Day for Orange” that addressed urban redevelopment, unemployment, improving the school system, civil rights, recreation and representative government.

The organizations that Thompson built not only desegregated Orange’s schools, they also elected progressive African-Americans into city government, helped change the Orange city charter to a more representative form of government, and built power for African-Americans within the Democratic Party — but while maintaining an independent, permanent political organization in Citizens for Representative Government. This power led to tangible improvements for all working people of Orange, including a desperately needed new high school.

Based on his experiences in UE, Thompson always strove for “pure coalition” — coalition with whites, and with middle-class African-Americans, but on the basis of self-organization of the African-American working class. As Thompson concludes in the final chapter, “What We Learned”:

The power base for a coalition must never be forgotten. One of the danger spots in coalition politics is to forget that it is the organization of your own base, which is the sole force with which ones moves into a coalition.

Coalition, furthermore, is based on common interest. If a coalition succeeds, it is because each of the groups within it succeeds as well. In the fight for education, we fought for all children. We could not have won had we fought only for the education of Black children. If we had lost, the white children would have lost, too. White children are also part of the 80 percent destined to go to work without further training after high school.

In 1970 a reunion of NNLC activists was held in New Jersey, which Thompson attended. UE Local 1114 Assistant Business Manager Jack Burch, who travelled to the meeting from Chicago, said

We saw no contradiction in this question of having a Black organization and having unity with white workers. We saw no contradiction at all. On the one hand, we recognized the need of Black people in Black organizations — not separate unions, but organized into groupings to plan and discuss their interests, and to defend their interests. We also recognized that the same kind of repression in the plant against Negro workers applied to white workers, and therefore you had a kind of natural alliance if you could develop it.

In 2007, Thompson’s daughter and co-author, Mindy Thompson Fullilove, returned to Orange to join in celebrations of the 50th anniversary of the organizing to end school segregation. Together with others at the celebration, they founded the University of Orange, “a free people’s university that builds collective capacity for people to create more equitable cities” through free courses, music festivals, and other programming. In April, the University of Orange hosted Placemaking 10, an event celebrating the re-release of Homeboy Came to Orange with speakers, musical performances, and dance.

Thompson’s daughter spoke about the experience writing the book with her father:

He gave the last days of his life, he fought so hard to stay alive so he could finish ... for all of us because he thought that racism and exploitation and greed and war-mongering and the apparent genocide of our society were things that if we didn't learn how to work together and have coalition and be allies with each other, these things would take us down.

Homeboy Came to Orange is full of fascinating stories and compelling lessons. It demonstrates how rank and file trade union principles are valuable and effective in many kind of community and political struggles, and is an inspiring final gift from one of UE’s great leaders.