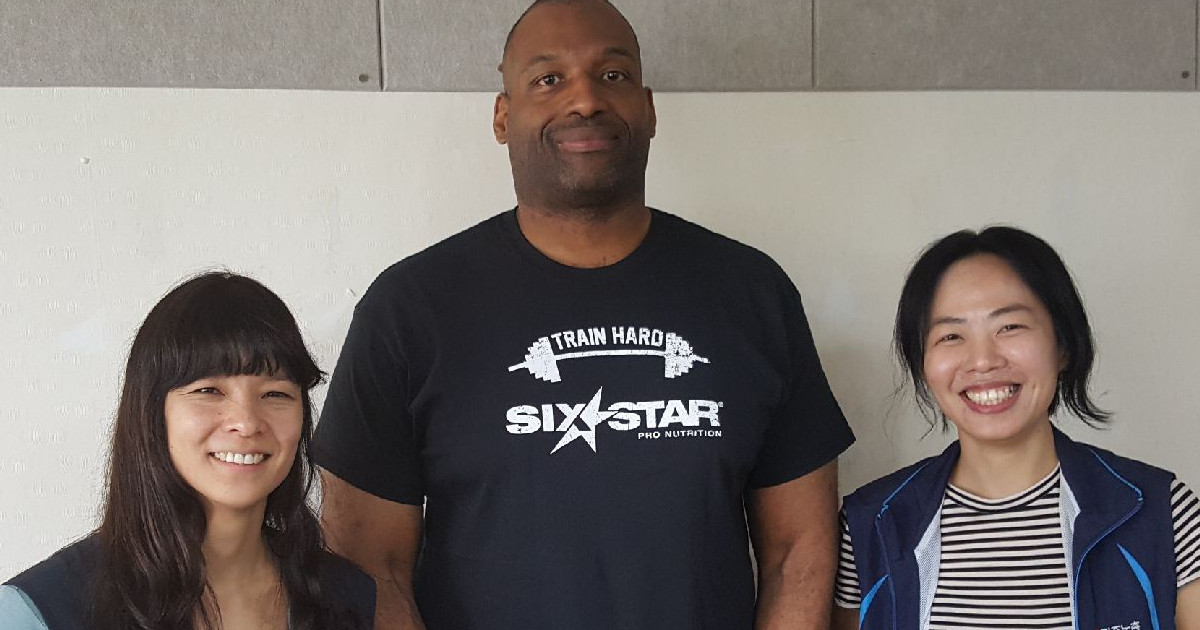 “South Koreans don’t want [U.S.] missiles there, they don’t want any of that. They want unification,” reports Eastern Region Vice President Darrion Smith, who represented UE on a US Labor Against the War (USLAW) delegation to Korea at the beginning of May.

Smith and the USLAW delegation arrived in Korea on the heels of the “Panmunjom Declaration” between North and South Korea at the end of April. The two countries agreed to a goal of formally ending the Korean War with a peace treaty by the end of this year, immediately ending all hostilities on the Korean Peninsula, and complete denuclearization of the peninsula. The Declaration was made possible in large part because the labor and social movements in South Korea forced out a corrupt president in the “candlelight revolution,” paving the way for current president Moon Jae-in, a supporter of peace. UE welcomed this move towards peace.

They arrived in time for May Day demonstrations, which were “like something I had never seen before,” said Smith. “Workers from all sections of labor came together and celebrated workers’ rights, struggles, and victories. All workers mourned the loss of fellow workers, and also celebrated victories from the #metoo movement in Korea and the world.”

The USLAW delegation was hosted by the Korean Confederation of Trade Unions (KCTU), which represents close to a million workers across all sectors of the economy. They were there to learn from the KCTU members about the conditions for workplace organizing and also how warmongering affects the lives of average people.

At the demilitarized zone that directly separates North and South Korea, Smith met a 70-year-old woman who had been separated from her family in the North since she was four years old. She shared her sadness at not being able to return home to care for and then bury her parents. “It was so devastating [for her],” said Smith.

He also learned about the community organizing that the KCTU is a partner in. The village of Sosengri is the site of US construction of a launch pad for the Terminal High Altitude Area Defense (THAAD) program. Many of the villagers have led protests against this construction, including laying their bodies in the streets to prevent equipment from being moved into the area. Smith was impressed by the resistance these villagers displayed to prevent war from encroaching in their community.

“They are like, ‘Get the US out of the way because that would be better for the [peace] talks,’” Smith said. The people he met with told him the U.S. is in the way of reaching peace on the peninsula.

“They really don’t trust Americans,” he said, but that once people learned about UE’s proud tradition of having independent foreign-policy ideas based on international worker solidarity, it opened the door more more dialog.

South Korea is a “very capitalist” society, Smith reported, dominated by big corporations like Samsung. He was impressed with the way that the KCTU organizes even in the face of repression, including beatings, being jailed and threats to their families. “They have to be very militant,” he said. “They’ll strike in a heartbeat.”

Not long after the group’s return to the US, South Korean President Moon Jae-in announced he would free the imprisoned former KCTU President Han Sang Gyun. This had been among the demands of the delegation, and of many international unions, because President Han was wrongfully jailed for leading protests by workers against the corrupt former Korean President Park Geun-Hye. UE General President Peter Knowlton sent a greeting of warm welcome to President Han upon his release in late May.