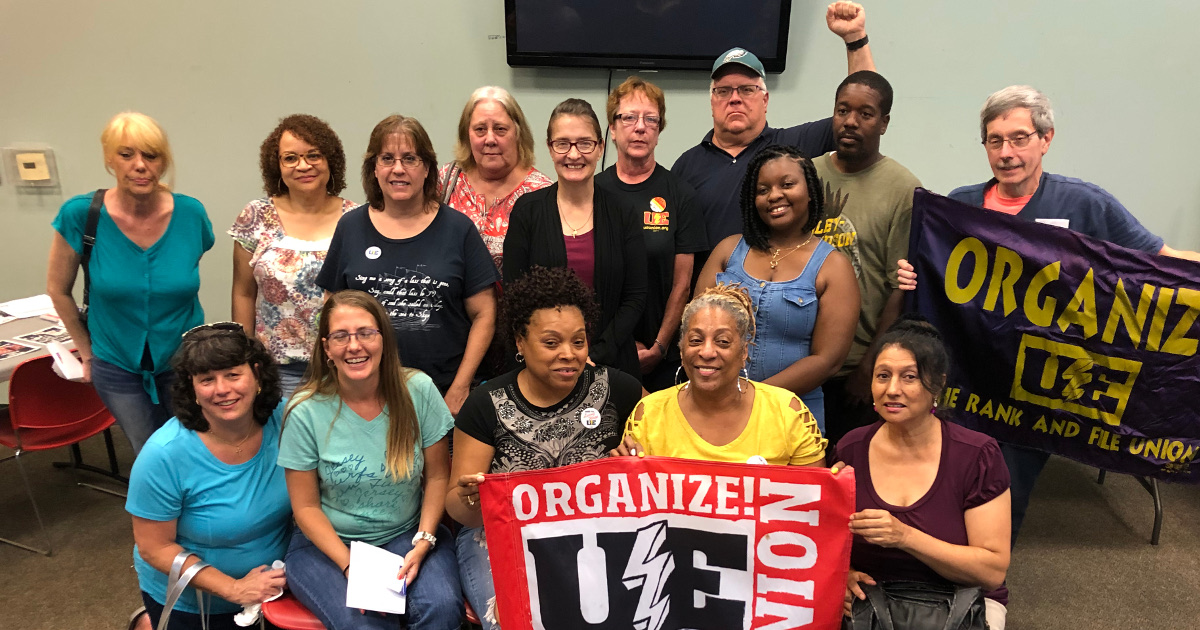 Sheila Wanzer, a teaching aide in Winslow and a member of the UE organizing committee at the private contractor ESS, told the UE Convention in August, “We're fighting this battle and we're not giving up until we win!” On Tuesday, September 24, Wanzer and her co-workers voted to join UE in a National Labor Relations Board election.

“I used to be with the district 10 years ago as a district employee,” said teaching aide and organizing committee member Heather James. “I lost about half my salary once they privatized to another company for aides.” James emphasized that teacher aides deserve to be treated as well as teachers, with benefits, paid time off, holiday pay, and summer pay. She also said ESS workers should “be given proper training, which we have asked for for several years.” 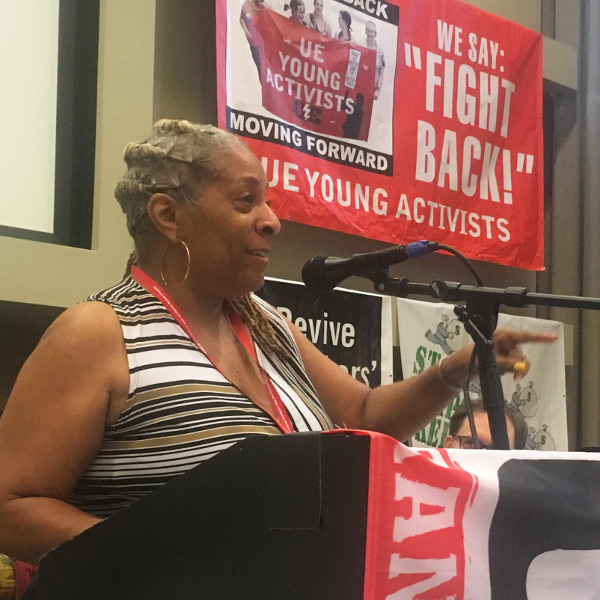 The company ran a traditional, aggressive anti-union campaign in an attempt to stop workers from joining UE. A turning point occurred during a widely-attended company orientation earlier this month, where the company advised workers that a union was not necessary and simply a third party. In front of co-workers and management, Wanzer confronted the company. “I told the truth, from the workers’ point of view,” said Wanzer. “The company was making lots of profit on our hard work, and we get treated with little respect. Something needed to be said then and there.”

Jasmin Rich, a one-on-one non-instructional aide and organizing committee member, said that “After hearing all of our stories, of our low wages, no benefits, and no sick time, the company told us that there was nothing that they could do to help us. I spoke up and said since you can't, we have a powerful union that will. We believe UE will help us, and bring us up higher!”

Brookli Potts, a one-on-one non-instructional aide and bus aide who also spoke to the UE convention in August, said “Fighting for what is right is not an easy task. There were a lot of obstacles and fears that we had to overcome. This required a great support system of coworkers, our families, and our union.”

Rank-and-file UE members from other locals played a key role in the campaign. At a social/meet-and-greet on August 17th, ESS workers and members of the organizing committee met Local 106 President Jim Borowski, Local 625 Recording Secretary Pat Pelar, and Local 155 Sergeant-at-Arms Mark Hinkel. The UE leaders offered their solidarity and shared their experiences as leaders of a rank-and-file union, explaining the structure of UE, their roles in the union, and the difference that being in UE makes in their work lives.

ESS workers are looking forward to achieving a measure of justice in their first UE contract. “Voting yes was voting yes for a better life for ourselves, our families, our co-workers, and the students that we serve,” said Wanzer. “Regardless of how any individual voted, all ESS workers are now in this struggle together.”

“It is still not over, we will continue this struggle,” said Potts.