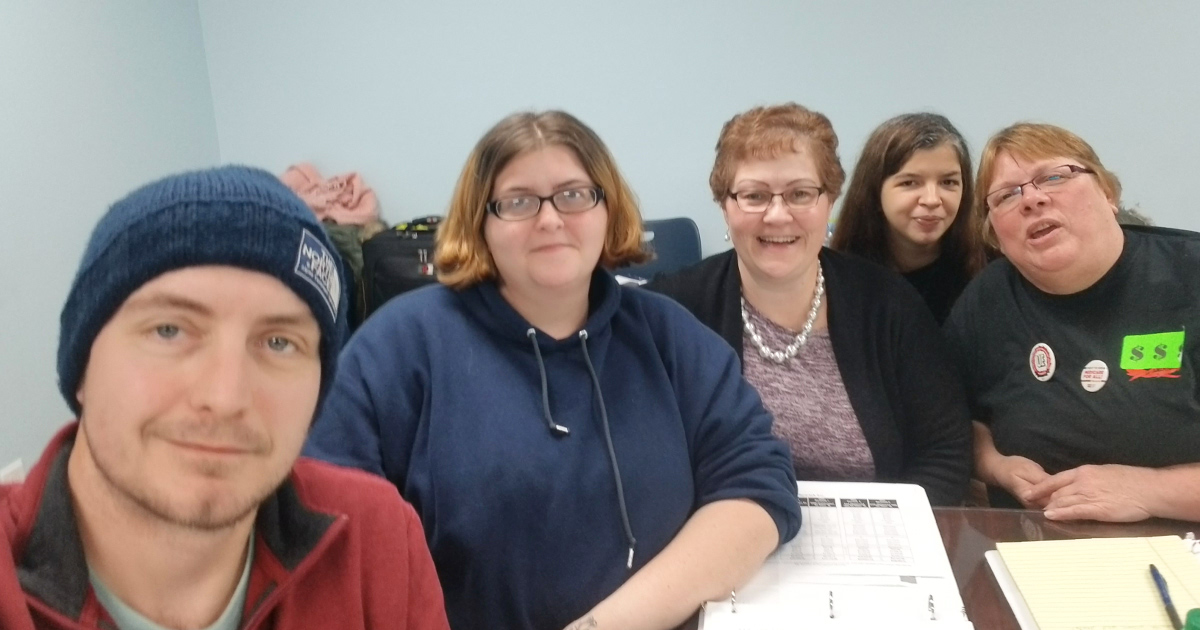 Only a couple of months prior to negotiations with the 70 members of UE Local 1161, the manufacturing company Spartek, Inc. lost their second-largest customer. The health insurance industry’s greed compounded the situation, with premiums for the company set to increase by more than 15 percent.

Nonetheless, Local 1161 members demanded a fair contract and wore UE Local 506-inspired t-shirts reading, “The company whispers you can’t handle the storm” and “UE replied, WE ARE THE STORM.”

UE members successfully took a hard stand against the company’s proposals to expand camera use, switch from weekly to bi-weekly pay, and to switch to a cut-rate insurance that would save the company money on premiums but severely limit coverage.

This company had been paying “attendance bonuses” of 30 cents per hour, but only to those workers with near-perfect attendance, with very few, strict exceptions for eligibility. After attempts to make the eligibility less strict in past negotiations had failed and problems had persisted, the union was able to convert the full 30 cents into a first-year wage increase and do away with the bonus system altogether. With the 30 cents equivalent to a 2.3 percent average wage increase, and all members also receiving an additional three-percent wage increase, the first-year wage increases total over 5.3 percent. Wages will increase another three percent in the second year of the contract.

Local 1161 members also won faster vacation accruals, faster 401(k) vesting schedules, a new position added to the “lead” category, and an additional 10-cent increase for all lead positions. Members demonstrated their support for the negotiating committee by wearing their UE t-shirts and numerous stickers throughout six full days of negotiations. Each day of negotiations, the bargaining committee met with workers at the afternoon shift change to give updates and get feedback from members on proposals. As negotiations heated up, members made sure that management knew they were ready to fight for a fair contract by chanting “Who are we, UE!” every time management came through the shop.