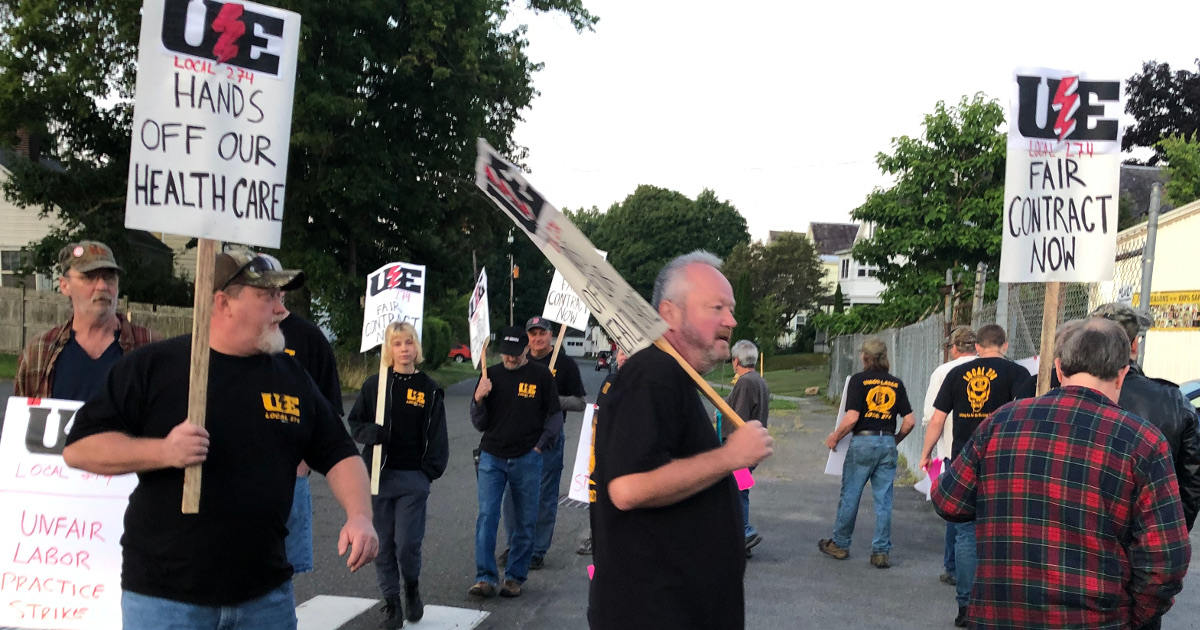 UPDATE, AUGUST 15: Local 274 members returned to work at 11pm last night after a successful three-day “warning strike,” and the company has agreed to come back to the bargaining table to negotiate on Tuesday and Wednesday of next week.

UE members at Kennametal's Greenfield Tap & Die plant in Greenfield, MA are on strike today against the company's unfair labor practices. They are also protesting the company's demands for healthcare concessions, mandatory overtime, and allowing temp workers to do union members' jobs.

UE Local 274 will be holding a rally and press conference today (Monday, August 12) at 2pm at the plant, 34 Sanderson Street, Greenfield, MA.

“We've had a contract for the last 80 years and will do everything we can to protect it,” said Local 274 member Kevin Chaffee, a 1st shift thread/finish grinder. “All of our blood and sweat has gone into the Tap & Die and we're not going to be treated this way.”

UE Local 274 has been in negotiations with the Pittsburgh-based Kennametal corporation for six months. Local 274 has put forward reasonable proposals for fair wage increases, but the company has continued to insist on eliminating the current health insurance plan, replacing it with an unreasonably expensive high-deductible plan. They are also insisting on the right to make unilateral changes to the healthcare plan without negotiating with the union.

“If management has their way changing us to the FLEX [healthcare] plan I don't know if my wife and I would able afford to see the doctor anymore,” said Chaffee.

Local 274 members have contributed to making Kennametal an enormously profitable company, with $2.4 billion in revenue in 2018. Kennametal’s President and CEO, Christopher Rossi, received a total compensation package of over $5.7 million in salary and stock options, including a $500,000 bonus, in 2018, according to Bloomberg Media.

Workers at the Greenfield Tap & Die plant have been organized with UE since 1941, and Local 274 has been a defender of good local jobs and a strong and sustainable economy for Greenfield for more than three generations.