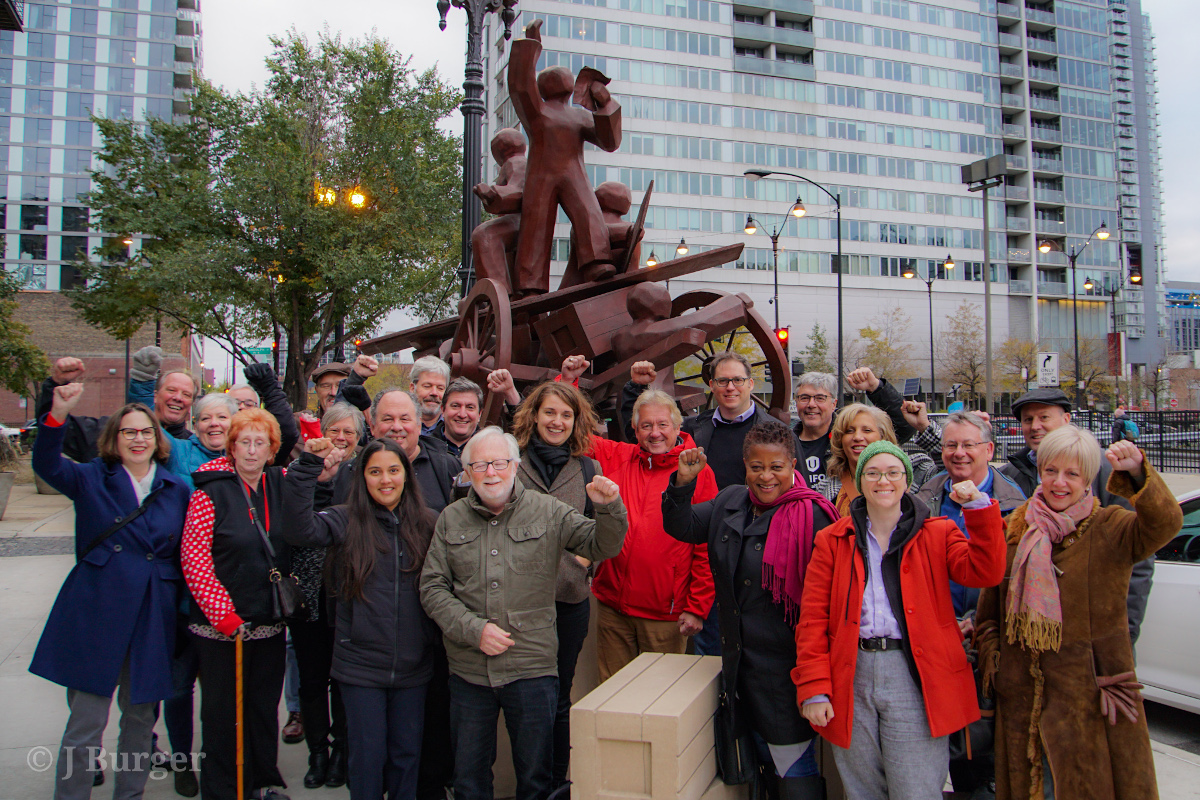 UE’s national officers, the presidents of the Eastern and Western regions, and several senior staff met in Chicago the weekend of November 1-3 with leaders from other unions participating in the North American Solidarity Project: UE’s Canadian partner Unifor, National Nurses United, and the Inland Boatmens’ Union/ILWU.

Friday was devoted to the Climate Change and Just Transition Working Group. The unions reported on their participation in recent activities and campaigns, including the Global Climate Strike and the successful Just Transition conference held by Unifor in Saskatoon, and discussed possible joint actions for the spring.

On Saturday and Sunday, the group reviewed the project’s work and made plans for next steps in five core areas: Workers’ Rights and Workers’ Power, Equity and Anti-Racism, Medicare for All, Climate Change and Just Transition, and Trade and Migration. They also heard a presentation from Jackson Potter, an activist with the Chicago Teachers’ Union, which had just concluded a successful 14-day strike. 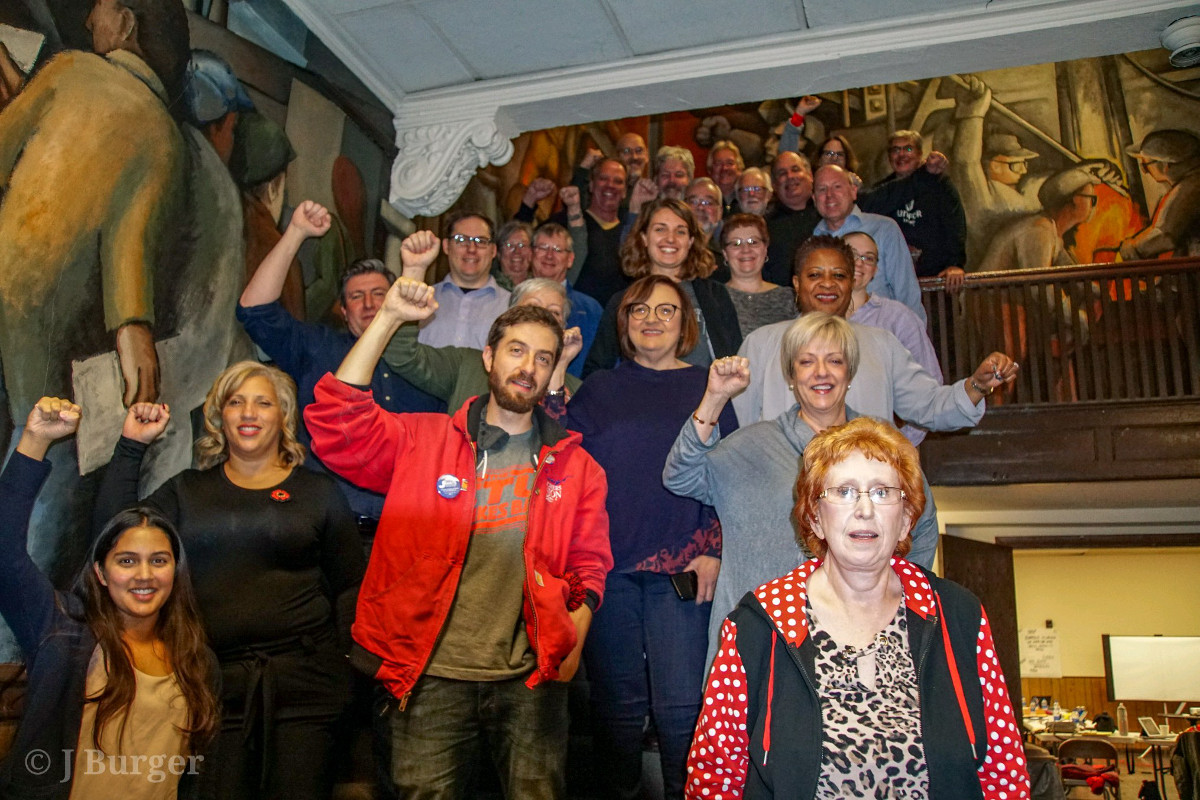