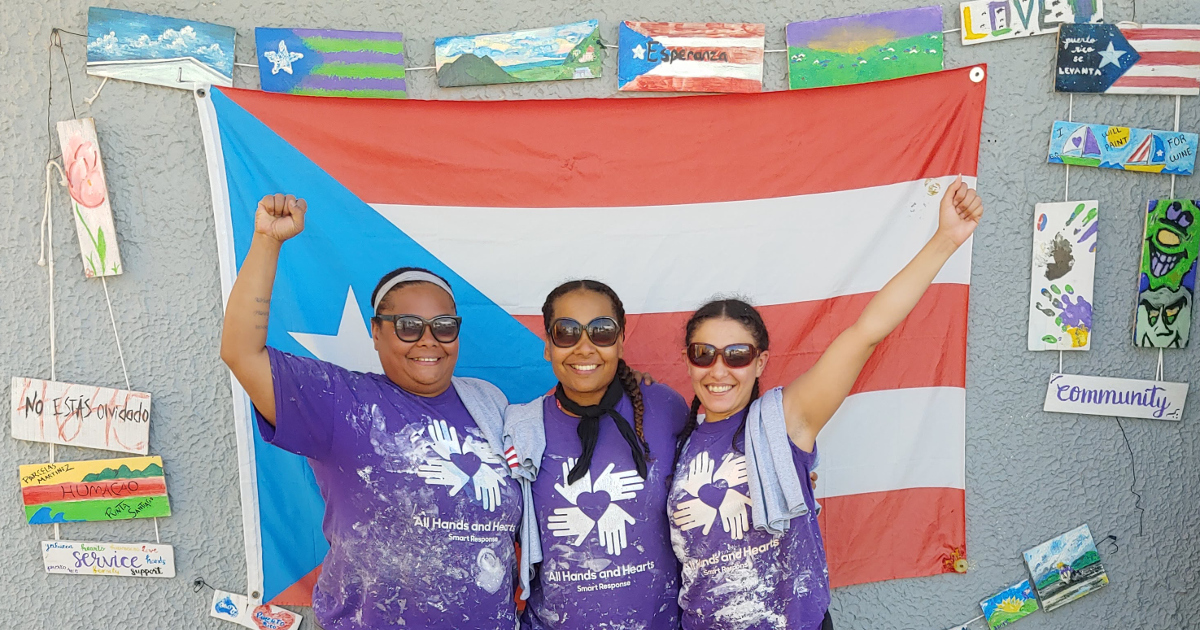 Martinez, her sister and her friend Aysha at the base on their final day of work
October 3, 2019

Shortly after UE’s 2017 convention, Hurricane Maria struck Puerto Rico. While most U.S. news outlets lost interest in the story after a month or two, the island has yet to fully recover. In May, Northeast Region President Autumn Martinez spent two weeks on the island as a volunteer, helping to repair homes. The UE NEWS spoke with her in July about her trip and the conditions she found there.

Puerto Rico was once again in the news in July as widespread protests and a general strike forced the unpopular governor from office. The protests were still ongoing when the UE NEWS spoke with Sister Martinez.

What drew you to do this work?

I decided to go because for far too long I sat here and listened to the political propaganda on the conditions and needs in my homeland since Hurricane Maria struck on September 20, 2017. I had not been home in 27 years. Puerto Rico in part has always been the forgotten land, the forgotten people, poverty stricken, lost, yet full of life and love. I traveled home with my mother, older sister, younger sister and three close friends to volunteer with the organization All Hands And Hearts Smart Response. The primary focus was roof repairs of flat one-story cement roofs, repairs of windows and doors to guard against the elements and mold sanitization. We worked Monday through Friday, 7:30 - 4:30 at the homes of locals repairing roofs and mold sanitation inside the homes. 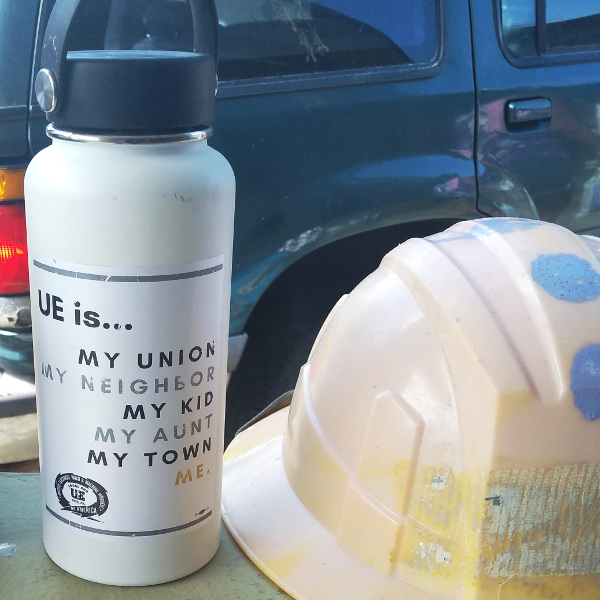 Hurricane Maria hit just two weeks after the destruction left by Hurricane Irma which had already caused severe damage to Puerto Rico's electrical grid. I wanted to work with locals, the people who could not be reached, who could not leave their home. Hurricane Maria first hit landfall in the south-eastern region of the island, which is where Yabucoa is located. When I arrived in Yabucoa in May of 2019 there were still reports of locals who were without power and running water. The water remains undrinkable to this day. I knew where I wanted to focus my work and am so grateful to have the opportunity to bring it to fruition.

Can you share some of your impressions about how working people in Puerto Rico were affected by Hurricane Maria and how they are recovering?

Unfortunately I did not get to have much contact with the working class; those of whom I did, seemed to be doing ok in the service industry. For the most part tourist areas are back to business as usual and capitalism is alive and thriving. Where I saw the most damage was in the island’s agriculture; small farmers are still devastated with most of the goods still being imported. I had the pleasure of working on the home of a local farmer, Don Juan, he was gracious enough to take me on a tour of his land and share the amount of damage and suffering he was still trying to come back from. It will most likely take Puerto Rico's agriculture years to recover, if ever.

What are your thoughts on how the U.S. government handled the aftermath of Hurricane Maria?

I am absolutely appalled with how our government handled the aftermath of Hurricane Maria but not surprised at all considering the handling of Katrina in New Orleans, another low-income community of color, and their current position on climate change and justice.

I think we can take a lesson from them on the power we hold as working people that when we unite and no matter how hard and long the struggle, together we are stronger. Puerto Rico Se Levanta! (“Puerto Rico is rising”) 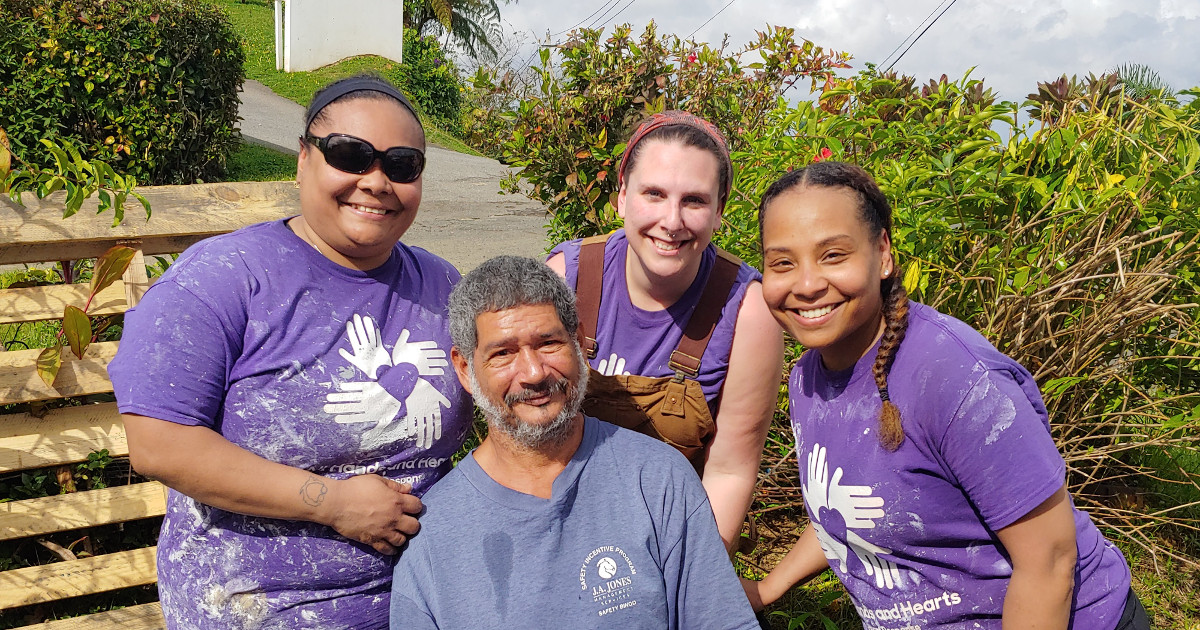 Martinez, her friend Kelly and sister Tamika, with Puerto Rico resident Don Luis. According to Martinez, Luis “suffered from four strokes in one day which left the left side of his body paralyzed. His home was riddled with mold due to leaks in the roof, FEMA gave him $2000. The work we performed came with a $5000 price tag for just materials. This man had a heart of gold.”