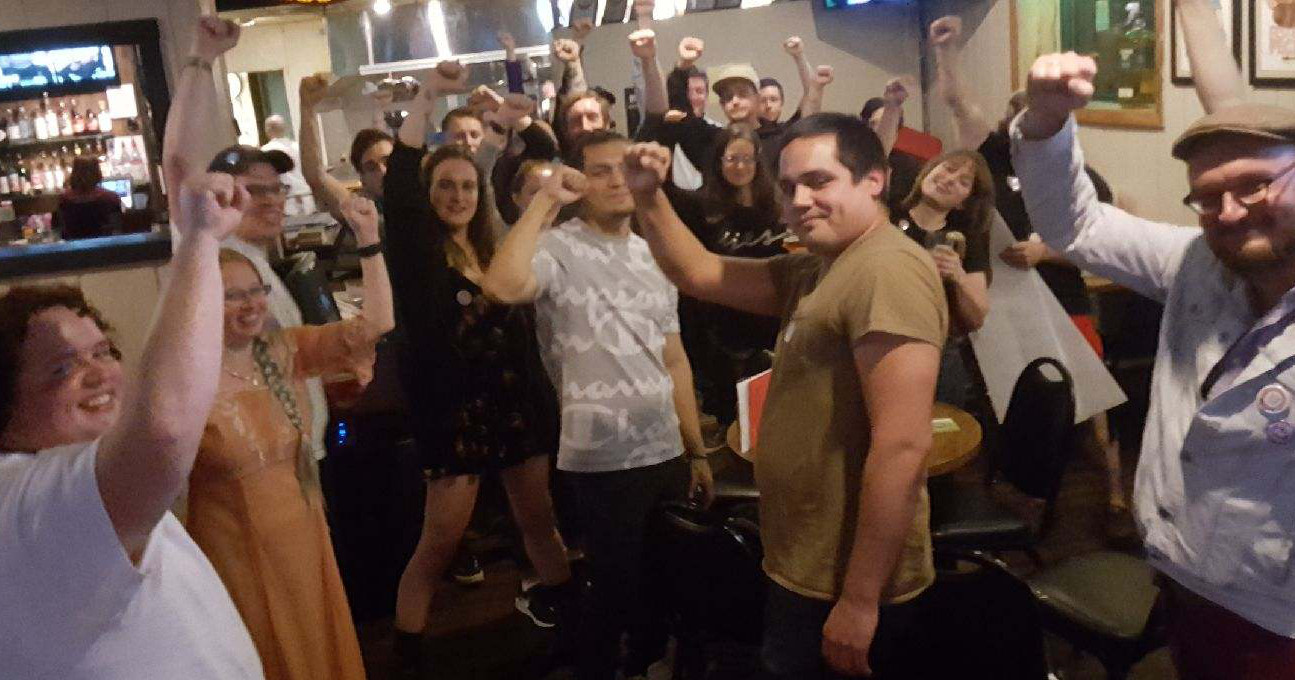 In an election conducted by the National Labor Relations Board (NLRB) on September 3 and 4, workers at the Willy Street Co-op in Madison, Wisconsin voted by 249-40 to join UE.

“We won by a landslide, because we united and worked hard! This is proof that, together, we can affect real positive change, and we will continue to do so,” said Willy Street Co-op worker and organizing committee member Mourning Dove Wochos.

“You don't get that level of approval and that level of turnout just talking about wages alone,” said organizing committee member David Droster. “We believe that democracy belongs in the workplace, that we deserve a voice in the place that we work, and we showed up in huge numbers for that idea.”

The large organizing committee was able to sign up two-thirds of their co-workers before management was even aware of the union drive. Although management made an attempt to dissuade workers from voting for the union, it was largely ineffective. “No one took any of the anti-union strategies seriously because we were already a union, we were already organized,” explained organizing committee member Ben Lavelle.

Willy Street Co-op was, until this week’s election, one of the largest non-union cooperative grocery stores in the country. The workers received support and encouragement from UE members at other UE-represented co-ops: City Market in Burlington, VT (Local 203), Hunger Mountain Co-op in Montpelier, VT (Local 255) and East End Co-op in Pittsburgh (Local 667).

UE’s Mexican allies the FAT sent several videos and pictures of their members expressing solidarity with the co-op workers, and got several other Mexican unions to also send solidarity messages. Local Teamsters and members of the Democratic Socialists of America (DSA) also organized solidarity photos to let the workers know they had support in their community.

“We have a real voice now,” said Wochos. “There’s a lot to do moving forward, but with this amazing group of people, we will accomplish great things. I’m proud and humbled to stand alongside my coworkers. I’m proud to be UE. We are strong, and we’re even stronger together!”