“Working-Class Heroes” Finds Striking Relevance in Songs of Past Struggles 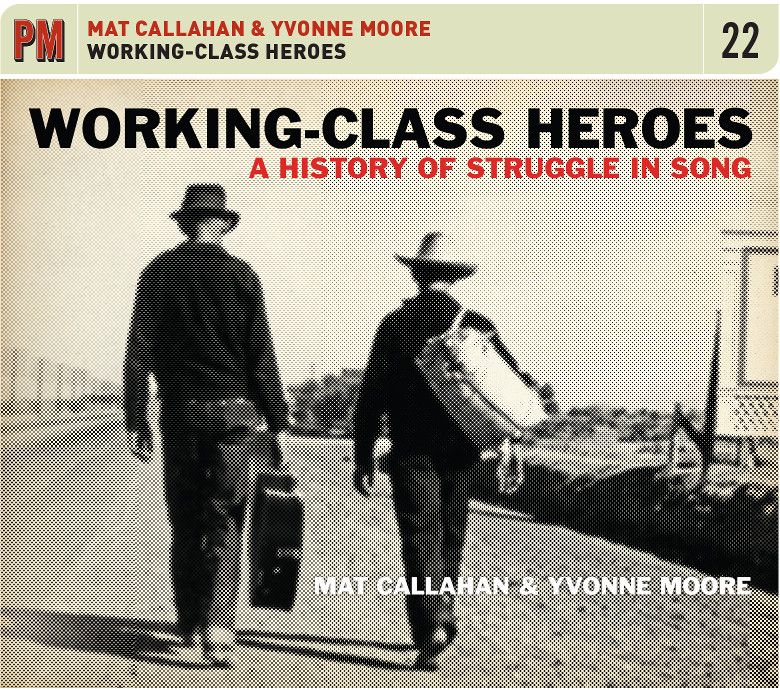 The one time I met legendary UAW militant Jerry Tucker, he was holding forth at the bar about how boring he found the old labor songs, all in the folk music idiom. We need new, modern labor music, he said — hip-hop and heavy-metal labor songs — and I think of this every time someone pulls out an acoustic guitar to sing at a labor event.

So it was with some trepidation that I approached the new CD Working-Class Heroes: A History of Struggle in Song, by Mat Callahan and Yvonne Moore (PM Press, 2019). A collection of pre-WWII labor songs, it is unabashedly acoustic music. However, the vocal arrangements and guitar playing have a welcome contemporary-country feel to them; many of these songs would not sound out of place on a Sugarland album.

Indeed, the lively arrangements are a reminder that these songs were written to bring the union message to other workers in the popular styles of the day. They were part of the organizing process — many of the songwriters featured on this album, like textile worker Ella May Wiggins and tenant farmer John Handcox, were active leaders in their union, and numerous choruses simply urge the listener to join the union or a picket line.

Many of the songs are a reminder of the horrific conditions faced by working people in America’s mines, mills and fields in the first part of the 20th century, and the violence faced by the working-class heroes who organized to change those conditions. As the liner notes to the accompanying songbook point out, “their striking relevance to current affairs invites us to explore the historical conditions that inspired their creation: deep, systemic crisis, advancing fascism, and the threat of world war. In the face of violent terror, these working-class songwriters bravely stood up to fight oppression.”

The violence and oppression described in the songs was not an abstract concept to the women and men who wrote them — Wiggins was murdered by an anti-union mob after a union meeting in Gaston County, NC and mineworker organizer Aunt Molly Jackson (“I Am A Union Woman”) was first jailed at age 10 for her family’s union activities. Sarah Ogan Gunning, who wrote five of the songs on the album, lost two of her four children due to the poor conditions in the mining communities of eastern Kentucky and her first husband, a miner, to tuberculosis in 1938.

The album is not all dark, though. Alongside the songs of starving children (Wiggins’ “The Mill Mother’s Song”) and martyred union leaders (Jim Garland’s “The Murder of Harry Simms”), there are also humorous take-downs of the wealthy (Woody Guthrie’s “Mama Don’t ’Low No Bush-Wahs Hangin’ Round”) and inspiring visions of what the world will be like “when the earth is owned by labor” (“The Commonwealth of Toil,” composed by Ralph Chaplin, who wrote the words to “Solidarity Forever”).

The common thread running through all of the songs, whether they are laments or celebrations, is the necessity for working people to join together to fight for justice. After listing the oppressions suffered by miners and their families, Gunning’s song “Dreadful Memories” (a rewrite of the hymn “Precious Memories”) concludes:

We will have to join the union,
They will help you find a way
How to get a better living
And for your work get better pay.
Really, friends, it doesn’t matter
Whether you are black or white.
The only way you’ll ever change things
Is to fight and fight and fight.

Working-Class Heroes: A History of Struggle in Song can be purchased from the PM Press website.