International Solidarity and Collaboration in Erie 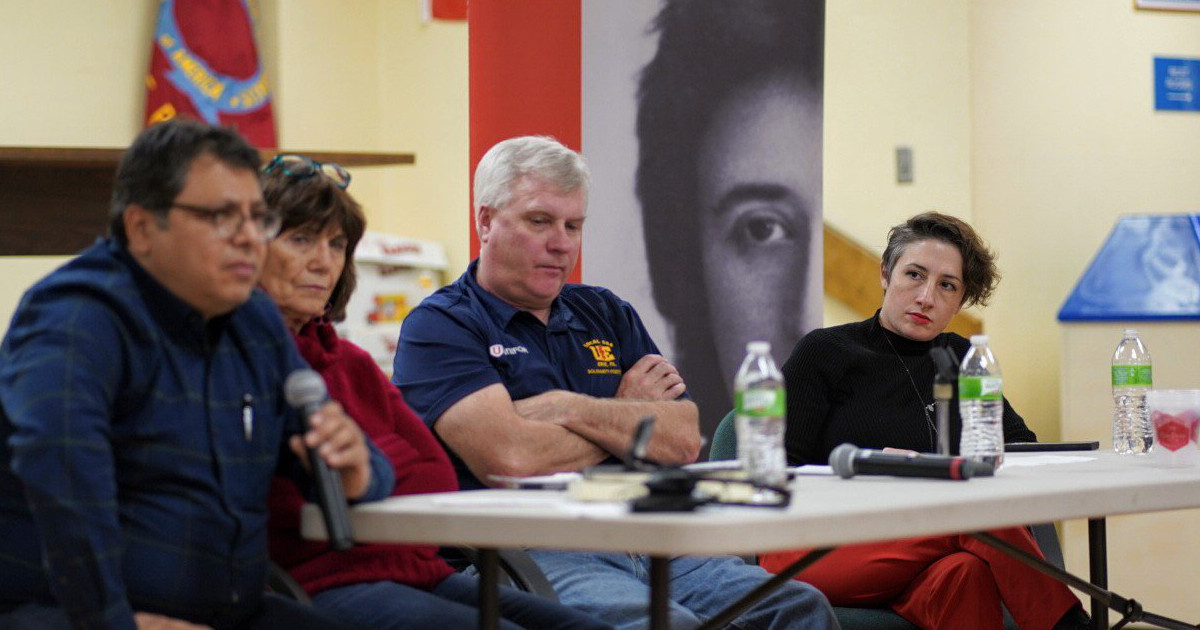 In November, UE Local 506 hosted a tri-national labor solidarity gathering at their hall in Erie, PA. The event, entitled “Overcoming Fear: Creating a Trinational Workers Toolkit,” was organized by UE’s Director of International Strategies Kari Thompson, the Rosa Luxemburg Stiftung, and the Canadian Steelworkers. Participants gathered from across Mexico, Canada, and the US, including UE allies from the FAT and the CSN. Members of the Local 506 Executive Board participated in the two-day event, as did Young Activist Sarah Vukelich, Local 150.

The group discussed the need to combat nationalist messages on trade, migration, and climate change in ways that help union members see that they have more in common with workers from around the world than with the bosses who are trying to pit us against one another. The group found that in all three countries, workers encountered similar rhetoric that was often grounded in lies. One way to dispel these myths is to increase communication with workers in other countries.

After the event, Sarah shared, “It is heartening to remember that actually existing US unions today practice internationalism and that ours is one of them!”

Guests from other unions commented that they really loved having the meeting in the 506 hall, with the colorful mural highlighting women’s work and international solidarity in the background. They also appreciated Local 506’s hospitality, including giving a beanie hat to each guest — which was especially welcomed by those traveling from warmer climates.

Participants from these meetings continue to collaborate on this toolkit, which they hope will provide working people with ideas for responding to misguided nationalist rhetoric on these three topics. They aim to make it available around the time of the Democratic National Convention this July.