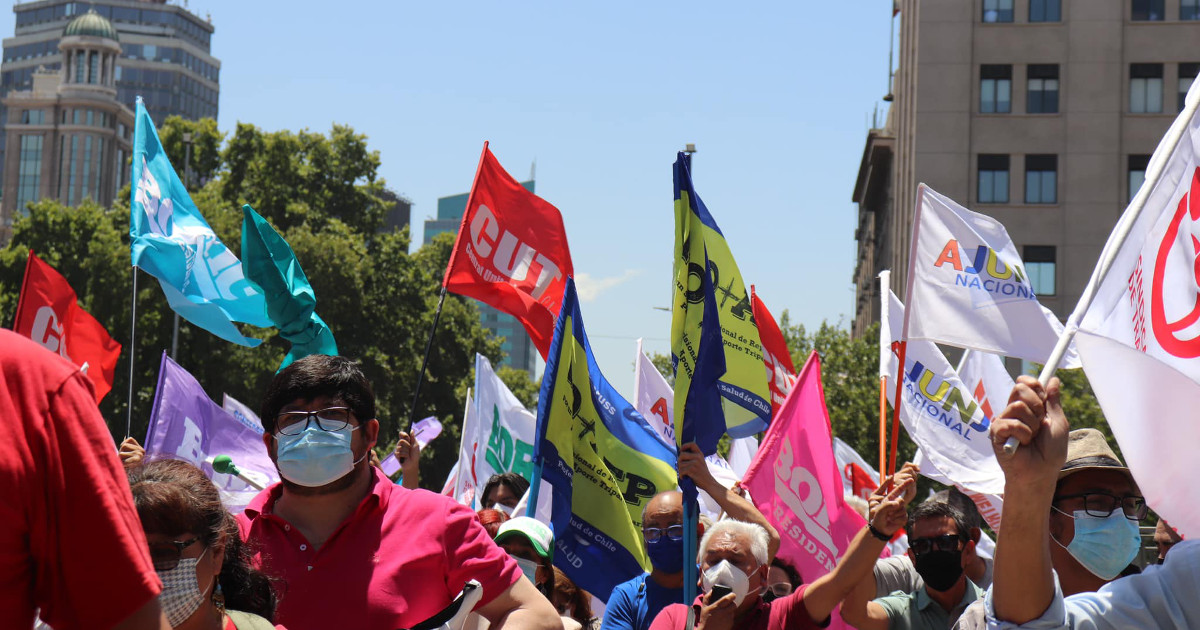 On Sunday, December 19, the working people of Chile decisively elected a new president, Gabriel Boric, who has vowed to fight “the privileges of the few” and undo the right-wing, “free market” legacy of dictator Augusto Pinochet.

The labor federation Central Unitaria de Trabajadores de Chile (CUT), which endorsed Boric in November, congratulated him on his victory, praising him for his commitment to workers. CUT President Silvia Silva noted that Boric supports raising the minimum wage above the poverty line, and has promised to meet with workers’ representatives within the first hundred days of his administration to discuss a plan for job creation.

Boric, 35, will be the youngest president in modern Chilean history, and one of the youngest in the world. A leader of 2011 student protests demanding free education, he entered Chile’s Congress in 2013 as one of the first congress people not to come from the two established parties.

The election gave Chilean voters a clear choice: Boric’s opponent, José Antonio Kast, was closely associated with the Pinochet dictatorship, in which his brother served as labor minister and president of the country’s central bank. During the campaign, Kast expressed admiration for Pinochet and campaigned on a platform of “law and order” and demonizing immigrants.

Pinochet came to power in 1973 in a U.S.-backed military coup. He brutally suppressed unions and political opponents, privatized public services including the country’s retirement system, and generally turned the country into an experiment in handing everything over to the “free market.” The result, as organizer Yoel Bitran wrote recently in Labor Notes, was that “Poverty rates exploded and inequality soared—while some people made enormous amounts of money.”

CUT leaders pointed out that the stakes in the election were high for workers. Carlos Insunza, who coordinates the union federation’s public sector board, said that “it is enough to take a brief look” at Kast’s program to see that it is based on hostility to the very idea of a public sector. Carmen Luz Scaff, the vice president of the Organization of the National Association of Fiscal Employees and president of the National Federation of Public Health Associations, added that a victory for Kast would lead to “layoffs, reduction of workers and also persecution, especially of trade unionists.”

The presidential campaign occurred while Chileans are in the process of re-writing their constitution — a process that Boric supports but Kast opposed. The current constitution is a product of the dictatorship. Although Pinochet was forced by popular protest and international pressure to call elections in 1989, his constitution has remained in place, locking many of his policies in place, including many directly affecting workers and unions. As Bitran explains, “The current constitution and legal system are extremely hostile to the formation of powerful majority unions,” enshrining “right to work” and limiting collective bargaining to single worksites. In 2016, labor reforms passed by a progressive government were ruled unconstitutional.

In the conclusion of his Labor Notes article, Bitran wrote that “a new constitution could open the door for a radical transformation of the labor movement and increased bargaining power for Chile’s working class … [and] transform Chile into a beacon of worker and union rights for the entire region.”

Many union leaders cited the importance of the constitutional process as they urged workers to vote. ​​Manuel Díaz, the CUT’s Vice President for Organizing, said “This is not a simple election […]. Today is not about having one more President. Today is about dignity. It's about the Constitution. It is about claiming the fundamental rights of workers.”