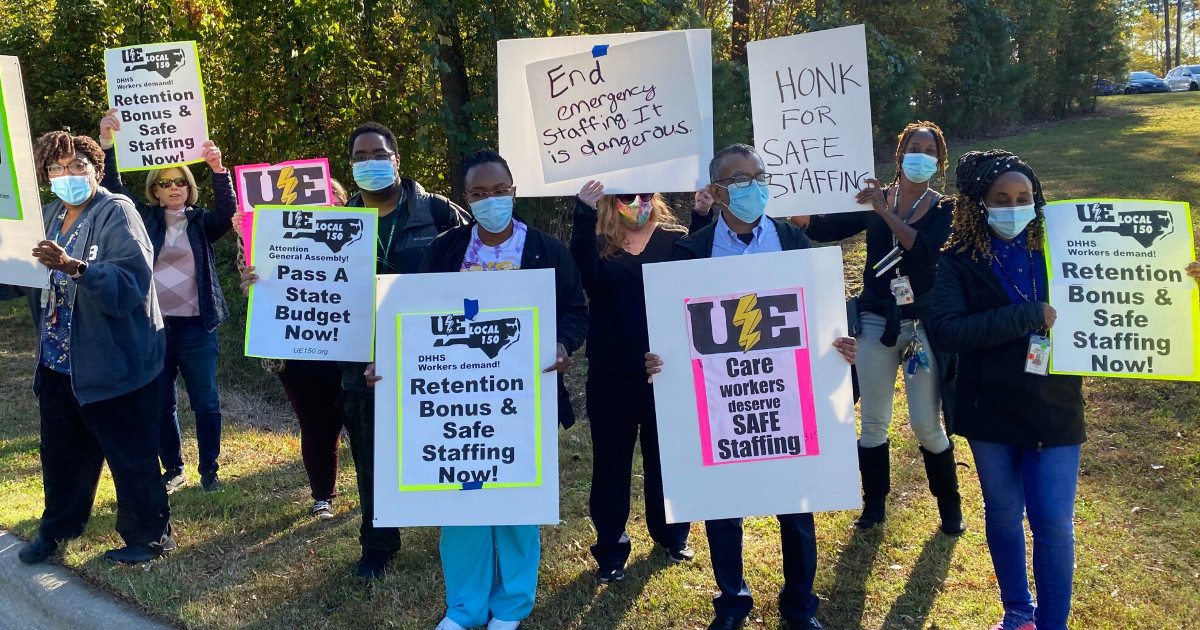 Budget agreement “abandons state workers and our communities, gives major kickbacks to corporations” according to union.

“Governor Roy Cooper let workers down by signing a compromise budget plan into law. The plan ... neglects the needs of working people while prioritizing rich corporations.”

The statement notes that the raises provided to state workers and teachers in the budget, five percent over two years plus a one-time bonus, “is really a pay cut because it will not even keep up with inflation and increased cost of living.” Despite the ongoing pandemic, the budget does not include temporary hazard pay for all frontline university and state health workers.

The budget also fails to address the historically high vacancy rates in state-owned healthcare facilities. It does not include vaccine bonuses, funding for a Safe Staffing Task Force, or any commitments to adjust salaries to allow workers to reach top pay.

Meanwhile, high-income earners will see their taxes cut by 20 percent and corporate taxes will be eliminated entirely by 2029.

“A budget reflects moral and ethical choices,” the statement concludes. “State officials have demonstrated whose side they are on.”