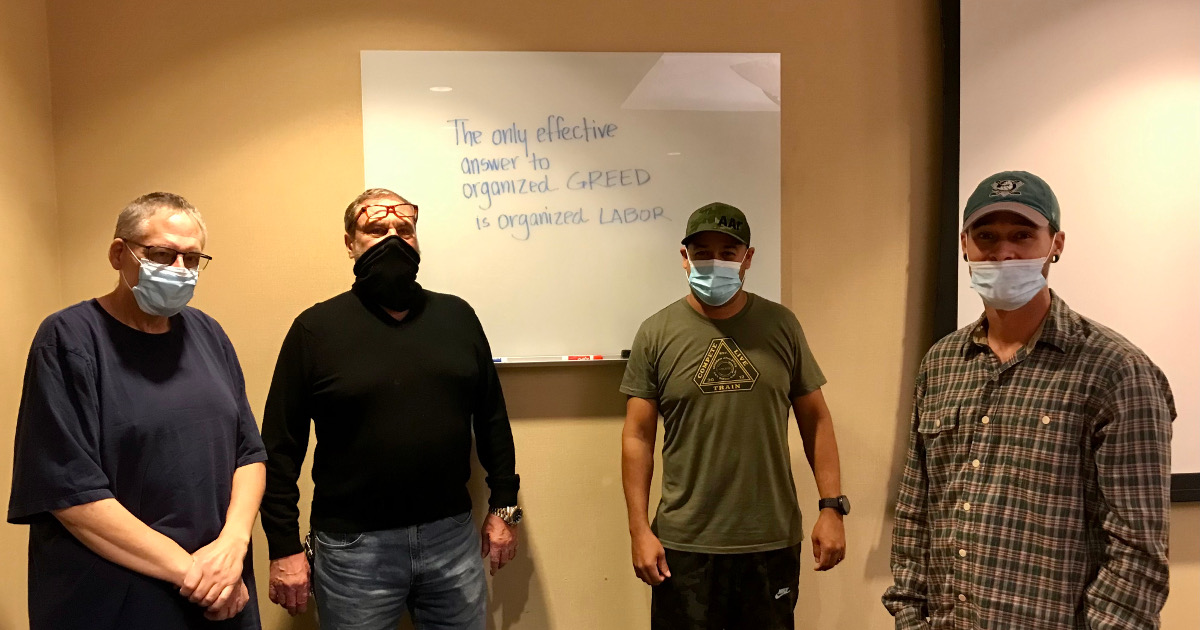 Members of UE Local 155 who work for Generation Lighting, a warehouse for lighting equipment, ratified a new contract on November 11 with wage increases of four, three and three percent over the next three years. The contract provides for more vacation time, better attendance policies, and limits on mandatory overtime — which was a priority for members of the local.

The new contract will strengthen the union’s ability to represent its members by providing for paid union orientation, and pay for part of the bargaining committee going forward.

The contract also includes small improvements in bereavement leaves and a holiday bonus, severance pay, improvements in the 401(k) match, and a requirement that the company provide prior notice to the union of any policy changes.

Local 155 accomplished all of these improvements while holding health insurance cost increases to only a very small amount. 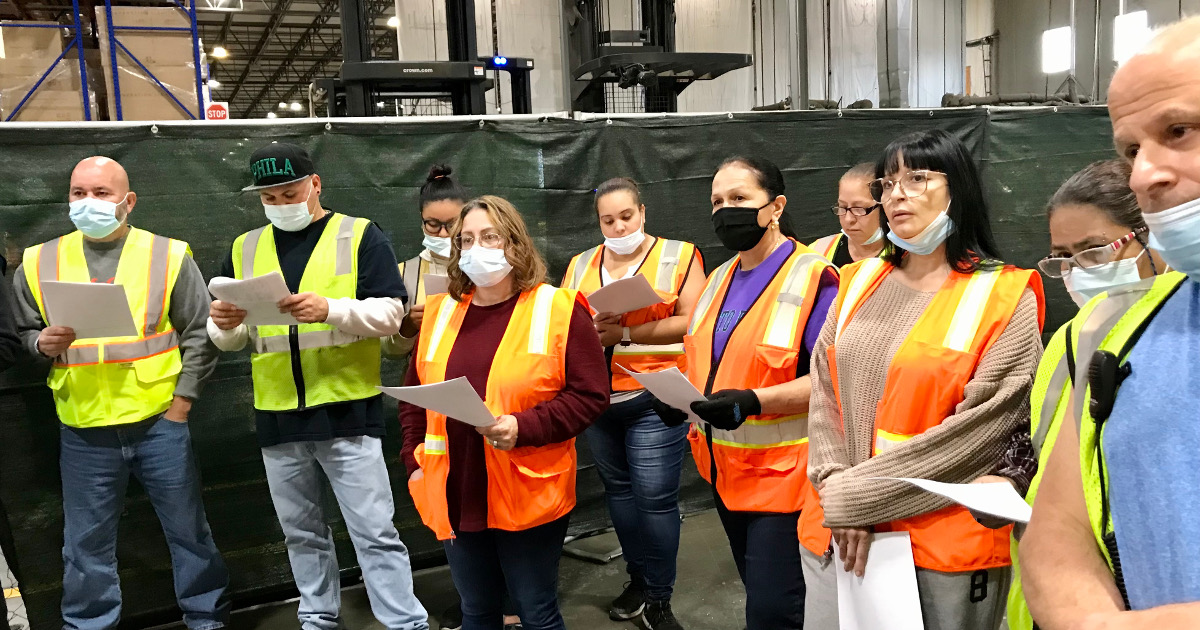 Local 155 members at the ratification meeting.

During the negotiations, one member of management’s committee, in reference to the future impact of a proposal, said something about how she didn’t have a crystal ball. Chief steward Ray Yonskie bought a Magic 8 Ball toy and gave it to her at a later bargaining session, telling her that he couldn’t find a crystal ball, but maybe the Magic 8 Ball would help management make decisions.

After negotiations were finished, Yonskie said, “They finally came to their senses to realize what we’re worth,” but added that the company “had to be reminded that we are the backbone of the company, and we are doing their job for them so that they can make their million-dollar days.”

“It was tough, but we got it,” added steward Frank Kasperowicz.