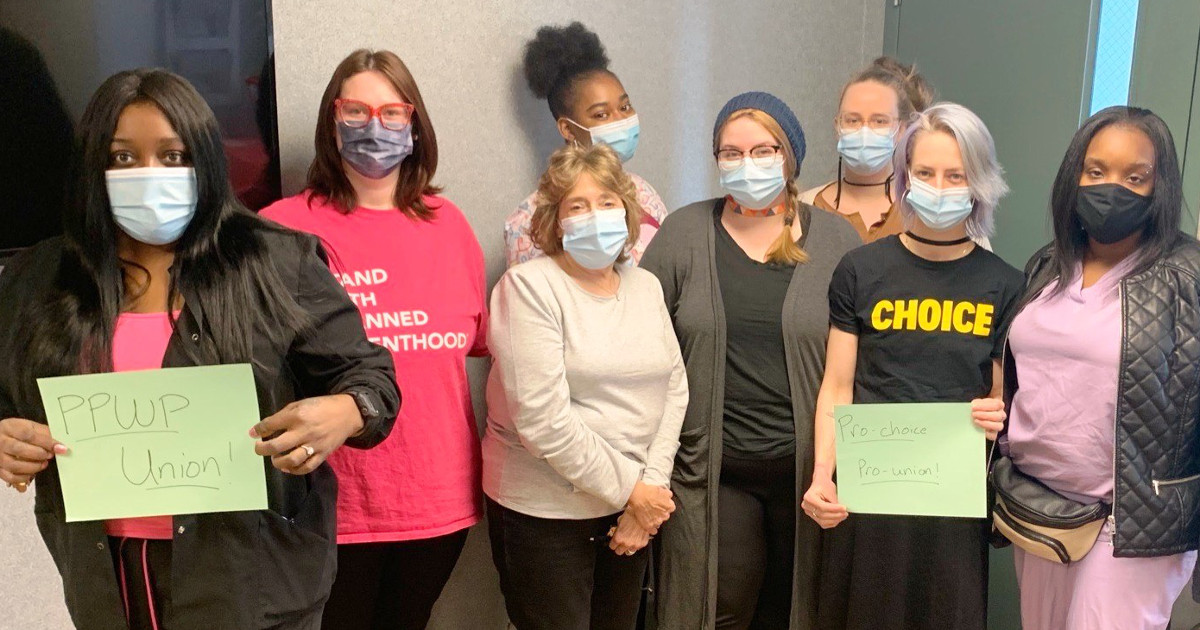 A group of 36 workers at Planned Parenthood of Western Pennsylvania formed UE’s newest local, Local 696, when they voted overwhelmingly to join UE in February and March.

“We started organizing for a union after our clinic went through a ‘team centered patient care’ process through Planned Parenthood,” said Jocelyn Kirkwood, a call center agent and health care assistant. “That process, which was meant to make our clinic run more efficiently, brought to light all of the ways we were being ignored and taken advantage of by management. From having no voice on the job, having to work long hours with no lunch break, working multiple positions at once, to the shocking wage discrepancies amongst all of us. We had been aware of all of those things but that process was a catalyst for us organizing to make positive change.”

The workers began organizing with UE last year, around a program of better wages, benefits, and working conditions; improved staffing levels and staff to patient ratios; a voice on the job and improved communication; a grievance procedure and union representation; and prioritization of the health, safety, and wellness of staff.

“This campaign really helped to boost my morale and excitement for our work,” said Dana Soloff, a community educator. “Everyone was unified and united to advance the mission of Planned Parenthood in providing the best possible services to our community.”

In what Director of Behavioral Health Molly Johnston called “a big push to secure real change through staff having a voice on the job and worker-led decision making,” the workers quickly signed up over 80 percent of their colleagues on authorization cards and demanded recognition. After the board of directors declined to voluntarily recognize the union, they filed with the National Labor Relations Board, which conducted a mail ballot election from February 18 to March 11. 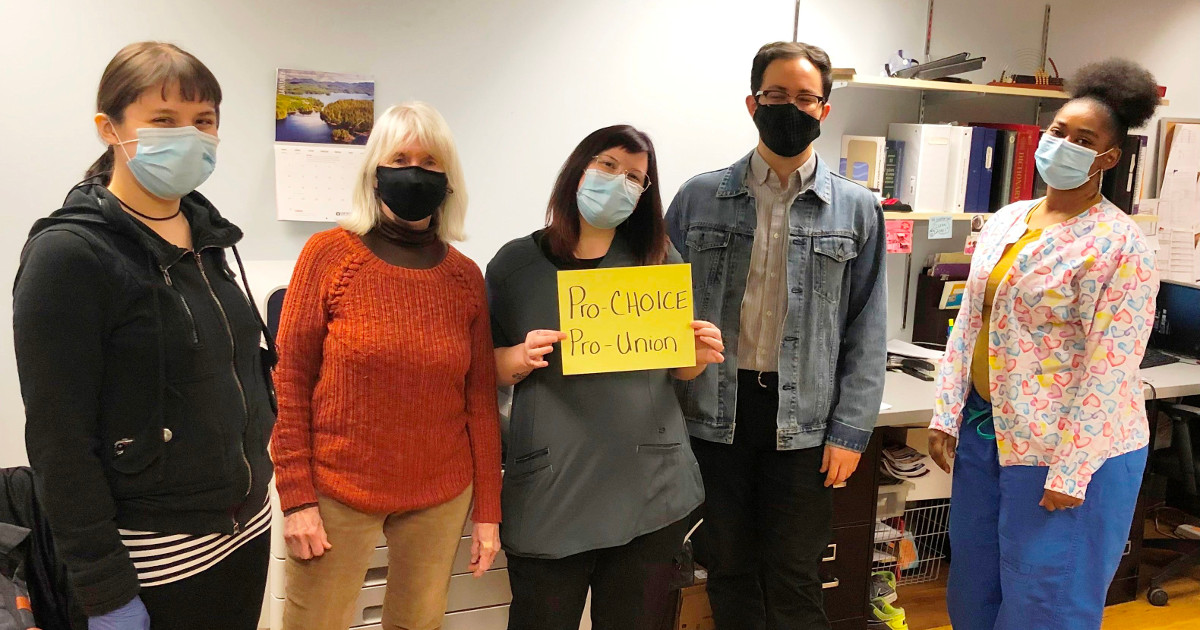 During the organizing campaign, Planned Parenthood workers demonstrated unity by wearing buttons in the shop. Organizing meetings were all held over Zoom, and the workers set up an Instagram account to share speakouts and messages of support from the community, including from UE Local 613, which represents teachers and other professional staff at the Western Pennsylvania School for Blind Children in Pittsburgh.

Local 696 elected a negotiating committee on April 1 and is preparing to negotiate their first UE contract. The new UE members include health care assistants, clinicians, several registered nurses, a variety of specialists, and a physician’s assistant. They were assisted by International Representative Karen Hardin.