A Labor Movement to Challenge the Billionaires 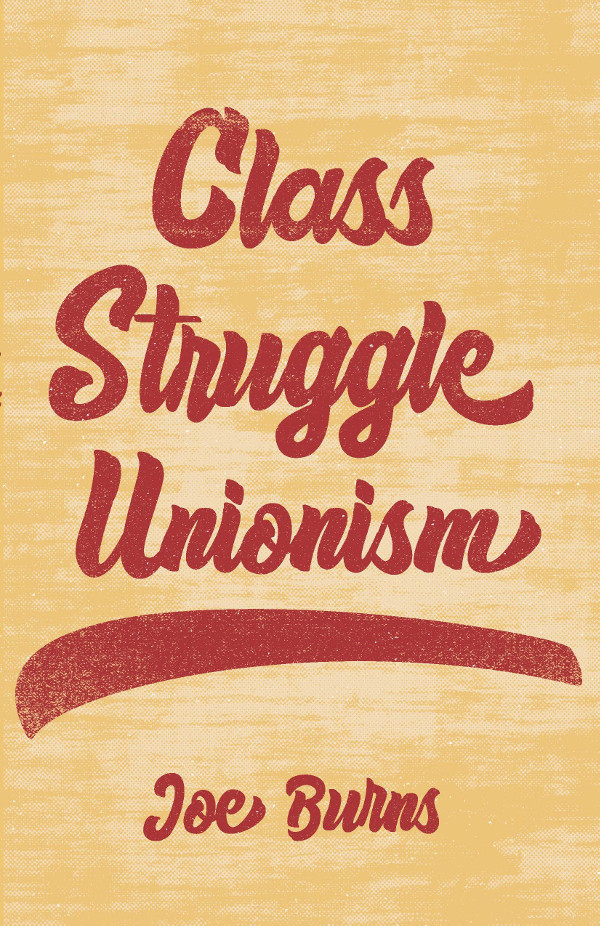 Veteran union negotiator and labor lawyer Joe Burns has issued a bracing challenge to the U.S. labor movement in his new book, Class Struggle Unionism, one that should be read by everyone in the labor movement, and everyone who is concerned about the power that the billionaire class exercises over our society.

In less than 200 pages, and in clear, accessible language, Burns lays out a strong case that the reason the labor movement in the U.S. has been on the defensive for the past half-century is its abandonment of the type of unionism practiced by UE — what Burns calls “class struggle unionism” and what UE, in our 2020 pamphlet, refers to as “Them and Us unionism.”

Burns defines class struggle unionism as “a form of unionism that challenges the control over our society by the superrich—the handful of billionaires who own the vast majority of resources in the United States and the world.”

Ideas for the Struggle

One of the themes running through the book is that a revived labor movement cannot be built on “the tired ideas of the last three decades” and must instead be built on “class struggle union ideas” (indeed, that is the title of Chapter 2).

The central idea of the book is laid out in the first chapter, “Shop Floor Economics.” Burns, without using economics jargon, explains how billionaires are created in the first place by stealing the wealth produced by workers, how they use their power to extract even more wealth from our labor, and how our constant struggle to limit exploitation in our workplaces is part of a larger struggle between two classes: the working class and the billionaire class. Because this struggle is baked into the very structure of employment, it cannot simply be wished away: as workers, we can either choose to fight or to surrender to the bosses’ demands.

From this core understanding of the economic system, Burns shows, comes certain ideas about how to build and maintain effective unions. These ideas should be familiar to anyone in UE: aggressive struggle in the workplace and rank-and-file control over both our unions and the labor movement as a whole. Burns also demonstrates why class struggle unionism must fight for the entire working class, challenging racism and sexism, fighting for immigrant rights, challenging U.S. foreign policies that hurt workers in other countries, and maintaining political independence from the Democratic Party.

In contrast, the ideas animating business unionism and what Burns calls “labor liberalism” stem from willfully ignoring the fundamental struggle between the working class and the billionaire class. Business unionism believes that the purpose of unionism is simply to win a better deal for workers in a particular workplace, craft or industry. Labor liberalism, which embraces the values of social justice without building shop-floor organization, believes that the struggle between workers and bosses can be settled by enlightened middle-class leadership through the political system, rather than struggle at the workplace. Labor liberalism, in particular, through its close ties with the Democratic Party and leadership drawn from the middle class, helps ideas from the billionaire class to seep into the labor movement.

Control of the Workplace

One of the central ideas which Burns returns to throughout the book is the importance of struggle over the “shop floor,” or over who controls the pace and organization of work in the workplace.

As Burns points out, employers don’t pay workers for a certain amount of work, they pay workers for a certain amount of their time. If the boss can use his control over the workplace to make us work twice as hard during that time, he makes twice as much money off the goods we make or services we provide, and we go home twice as exhausted — but we don’t get paid twice as much. Even if we negotiate a five percent wage increase, the boss has still vastly increased the amount of profit he makes off of us.

This is why, Burns says, “Management has long understood, far better than many labor analysts, the importance of undercutting work rules in union contracts.” Regaining total control of the shop floor was one of the central reasons why corporations, aided by the government and sadly, other parts of the labor movement, attempted to destroy UE and other class struggle unions in the 1940s and 50s.

In fact, the biggest change in UE shops that were lost to other unions during the raids of the 40s and 50s — a change that was cited by members of several shops that returned to UE in the 60s — was that management was no longer challenged in the workplace.

As Burns points out, the key to confronting employer repression is “escalating disputes by bringing in more and more workers.” During the 1936-37 strike in Flint, Michigan that established the United Auto Workers (UAW), the General Motors workers occupying the Fisher Body plant responded to an injunction against their sit-down strike not by leaving, but by taking over another plant, the Chevrolet Plant #4. Likewise, in the 1934 West Coast longshore strike that established the International Longshore and Warehouse Union, the “class struggle militants” leading that struggle opted to escalate the struggle after police fired on picket lines, killing two strikers. Where more conservative unions would have backed off, the striking longshore workers and their supporters held a mass funeral procession through the city, which prompted the rest of the labor movement to call a general strike.

These battles helped establish the industrial unions of the Congress of Industrial Organizations (CIO). The success of the Flint sit-down strike not only won the UAW a contract with GM, it also convinced the largest steel corporation in the country, U.S. Steel, to sign a contract with the Steel Workers Organizing Committee (soon to become the United Steelworkers). The following spring, UE members in St. Louis conducted a similar, though much longer-lasting, sit-down strike at Emerson Electric, which established UE in the “independent” (e.g., not GE and Westinghouse) part of the electrical manufacturing industry.

Burns contrasts these victories with the less well-known “Little Steel” strike of 1937. After U.S. Steel signed a contract, the Steelworkers set their sights on organizing three smaller (but still, collectively, huge) companies, known as “Little Steel.” These companies, however, were vehemently anti-union and developed a strategy of painting unions as dangerous outside agitators, instigating picket line violence, and then using that violence to get court injunctions against the union.

When the Steelworkers struck Little Steel, they initially engaged in mass picketing, shutting down production. Then during a peaceful demonstration that came to be known as the “Memorial Day Massacre,” police and company thugs fired on the crowd (which included family members), killing ten and injuring many more. The company used the violence in order to get an injunction.

As Burns relates, “in contrast to the other strikes of the period, the conservative top-down leadership of the Steelworkers International folded in the face of the injunctions, rather than fight their way through the dispute” — and the strike was lost, one of the rare large-scale defeats for the CIO in the 1930s.

Picking Fights with the Billionaire Class

Burns makes the case that a key component of building a labor movement that is willing to defy injunctions is working to “[p]opularize class struggle ideas that justify breaking labor law.”

The best way to popularize such ideas are through high-profile fights that show the different interests of the working class and the billionaire class in sharp relief — as Burns writes, “while a lot of this book is about big ideas, the core of it is picking fights with the billionaire class.”

Although not discussed in the book, the 2008 occupation of Republic Windows and Doors in Chicago by UE Local 1110 illustrates this perfectly. It was first plant occupation by workers (or “sit-down strike”) in the U.S. in over five decades — long after the tactic had been declared illegal. Yet it also occurred as the country was tumbling into recession; while working people were losing their jobs and homes, the federal government was handing massive bailouts to the financial industry. The Republic occupation gained widespread support because people could see workers taking on a clearly unjust system — their slogan, “banks got bailed out, we got sold out” became a rallying cry for Occupy Wall Street three years later — and they were able to maintain the occupation until they won a settlement from one of the largest banks in the country.

Even though the Republic occupation is not discussed, Burns does hold up our union as an example of class struggle unionism throughout the book. In the final chapter, he discusses the 2020 UE publication “Them and Us Unionism,” quoting several paragraphs and stating that “These ideas should form the basis of discussion of how to revive the labor movement.” (Burns also references a 2020 Labor Notes article written by UE International Representative Mark Meinster, now UE’s Director of Organization, and highlights Black Workers for Justice, a key UE ally in North Carolina.)

One of the great strengths of Class Struggle Unionism is that, unlike many other books about “reviving the labor movement,” Burns is not simply interested in improving the practice of individual unions — he encourages class struggle unionists to put demands on the leadership of the labor movement as a whole. He points out with brutal honesty that “[t]oday the labor movement is at its weakest in over one hundred years,” with only six percent union density in the private sector. He argues that without the whole of the labor movement taking up a “class struggle strategy capable of confronting capital” there is little hope of reversing the downward trend we’ve seen in the past half-century.

However, as he points out, “In the years leading up to the 1930s, against all odds, class struggle unionists believed they could reorganize basic industries and take on the capitalist (or billionaire) class.” The founders of our union — 12 local unions who believed they could organize the hundreds of thousands of workers in the electrical, radio and machine tool industries, and then did — were among them. We owe our union to them, and to generations of class struggle unionists who fought to build, maintain, and rebuild UE over the better part of a century. Our task is to preserve the ideas of class struggle unionism in our own ranks and to bring them to the unorganized and the rest of the labor movement. Class Struggle Unionism is a perfect tool to do that.