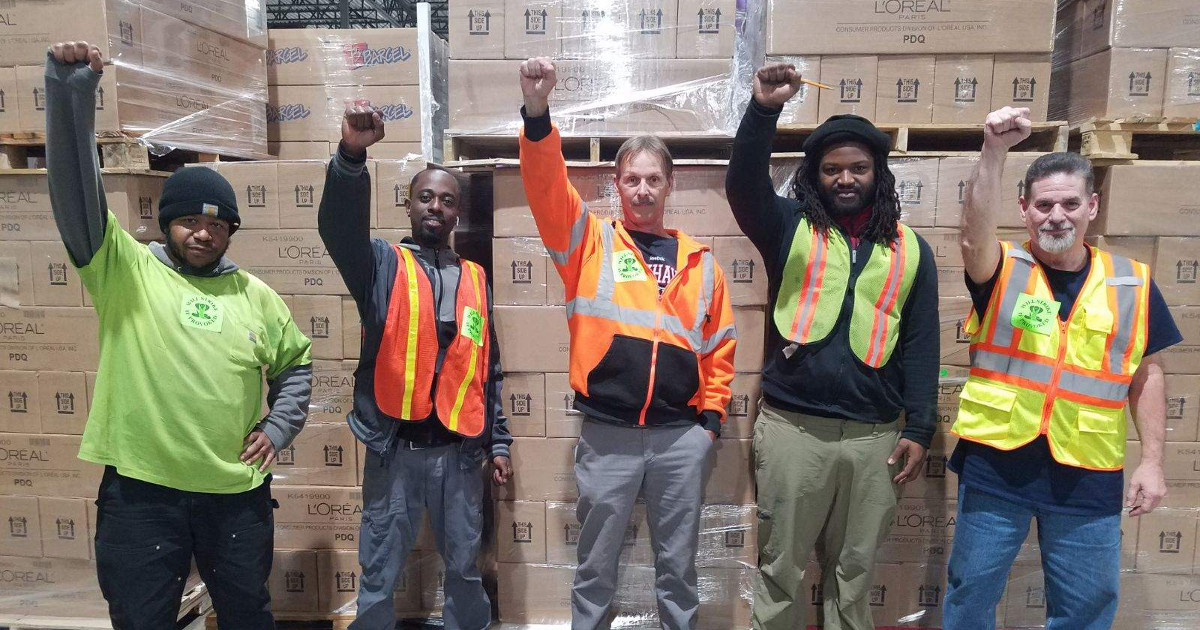 After five weeks of bargaining UE Local 1123 members ratified a new three-year agreement on Friday May 13 that includes historic wage gains and improvements for temps and new hires. Local 1123 members move freight at an NCS warehouse outside of Chicago which supplies Walgreens stores across the country.

NCS Management came into bargaining with threats to take away workers’ paid lunch breaks and demands for increased flexibility in scheduling. After the bargaining committee rejected both proposals management threatened to lock out union members if they refused to give up their paid lunch breaks.

The union called their bluff, and management relented on the paid lunch issue — but insisted there was no more money than the $3 per hour over three years and $250 signing bonus they had put on the table. While this would have been seen as a good settlement in most contract years, the workers had been through a period of limited pay raises and are now experiencing increased inflation and seeing other employers offer better wages for their skills.

Recognizing their leverage, Local 1123 members voted the offer down unanimously and sent their bargaining committee back to the table to demand more. To back them up, they also voted unanimously to authorize a strike and every single member signed a public strike pledge — even a member who was home on medical leave. 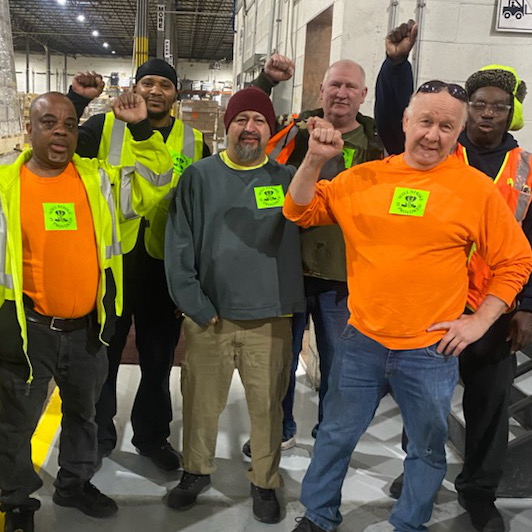 Workers wore “Will Strike If Provoked” stickers to make their determination to win significant wage increases clear to management.

UE members then marched on the boss to deliver their pledge and demands, and committed to strike if management refused to come back to the table with additional wage increases.

Chief Steward Dave Bulwan said, “Our members know what we are worth and we took full advantage of the leverage workers have in this economy. I’m sorry, but you don’t threaten to lock out UE members in the middle of a labor shortage, because we’ll strike for what we deserve.”

In addition to wage increases, Local 1123 members fought for the rights of temporary workers and new hires. Including demands for temporary workers increased the local’s power. When management saw temp workers supporting the contract campaign they knew their options were limited in a tight labor market.

Members' strike threat ultimately resulted in across-the-board first-year wage increases of $2.50 per hour — a 12 percent increase — plus a lump-sum payment of $500 at ratification. Wages will increase by $0.75 per hour in each of the remaining two years of the contract.

The time it takes for temp workers to become regular employees was shortened significantly, from 1,040 to 720 hours. While new hires used to come in at $2 below full rate, and take two years to get to the full rate, now they will come in at $1 below and make full rate after passing probation.

Local 1123 members were also able to win double-time for work performed on Sundays and secured an agreement to expand the bargaining unit to include a nearby warehouse NCS recently opened. Members also held onto their paid lunch breaks.

President Charles King commented, “I hope other workers will see this as an example of what we can do when we stick together and demand respect, because respect, dignity and a living wage go hand in hand and you don’t get any of it without a demand.”