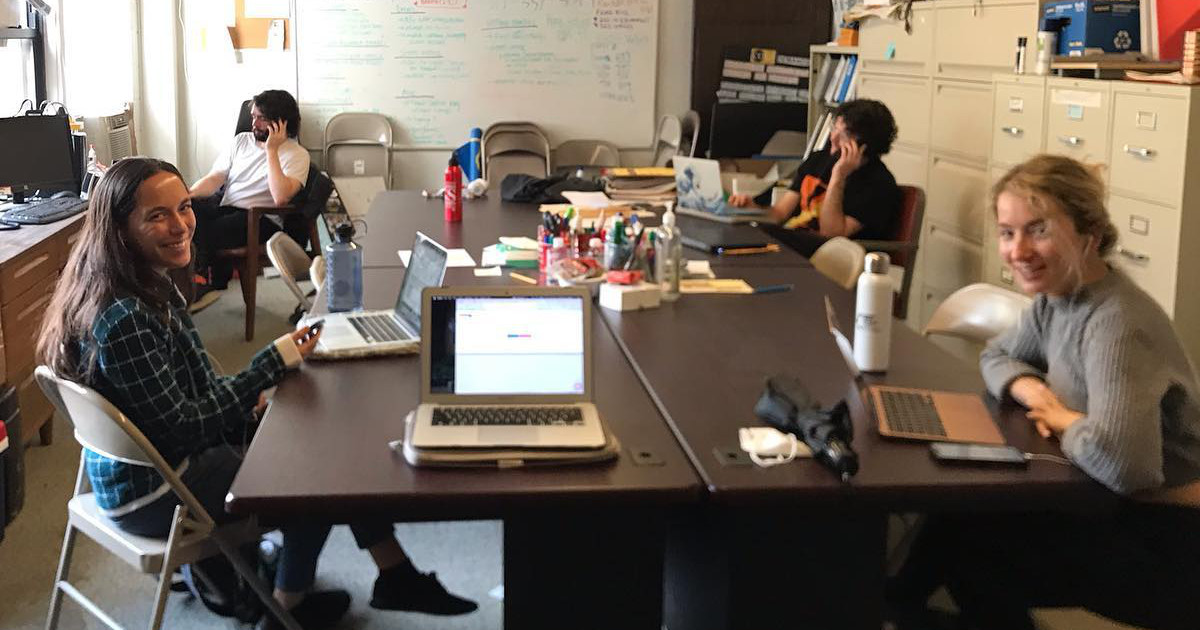 On October 25, 2022, UE Local 896-COGS, which represents almost 2,000 graduate employees at the University of Iowa, won a recertification election for the third time in six years, with the support of nearly 70 percent of the bargaining unit.

Due to a union-busting law passed in 2017, all public-sector union workers in Iowa must vote to recertify their union by a margin of 50 percent plus 1 before every round of contract negotiations. Recertification elections are held at the union's expense. Crucially, this anti-worker legislation favors the boss by counting people who do not vote in the election as a “no” against the union. This insidious tactic hinges on worker apathy towards unions, so we needed to inform every member of our bargaining unit that the election was happening and that they needed to vote YES to recertify COGS. But reaching all 1,934 eligible workers was no easy task!

We established a network of stewards and election captains in various departments to keep track of who was voting and coordinated a voting party at a local coffee shop where more than 70 grads convened to vote in the first hour of the election. We also held phone banking shifts twice a day, texted workers, and sent thousands of emails and postcards to let grad workers know we needed their votes. Since this was our first recertification without direct support from paid staff, all our efforts were member- and volunteer-led. We even got some people from our local Democratic Socialists of America (DSA) chapter to lend a hand! With the momentum this enthusiastic support generated, we were able to assist a fellow local on campus struggling to reach their bargaining unit (and, we're proud to report, they won, too!). 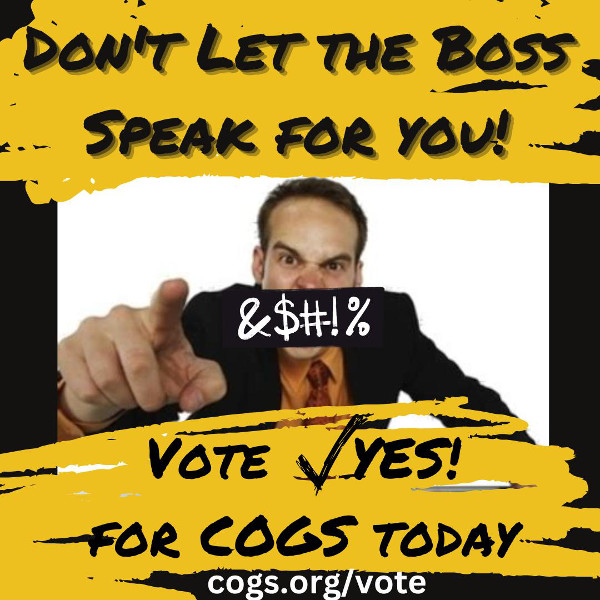 However, other problems threatened to undermine our victory. The Iowa Public Employment Relations Board (PERB) released an updated bargaining unit list with three hundred additional eligible voters just the week before the election—increasing our “magic number” of required “yes” votes and requiring extra “get out the vote” resources to contact the additional names. Moreover, many voters had trouble logging in to cast their votes, and PERB initially provided the wrong number to call to vote over the phone. Embarrassingly, the election had to be extended by an additional three hours to account for the erroneous information.

There were other troubling barriers for our international graduate workers to vote. International students make up around one out of three workers in our bargaining unit, so reaching this block of eligible voters was essential. Our phone calls and email showed that PERB and the University had failed to adequately inform international students about the election process. For instance, there needed to be official instructions to inform international graduate workers that they could use their student ID instead of the last four digits of their social security number (SSN) for verification purposes to vote. The absence of this information was significant because some workers didn't have a SSN, while others were hesitant about providing such personal information. Some even feared voting would violate their visa status and risk deportation. COGS members reassured many who had concerns with a calm phone call, but, unfortunately, that didn't always work.

Looking forward, we know we still have our work cut out for us. Contract bargaining in the public sector in Iowa is a sham following provisions in the 2017 law that make wages the only mandatory topic of bargaining and set limits on how high a raise can be if the contract goes to arbitration. And it's not lost on us that the tremendous energy and work we put into winning the election could have been spent on other campaigns to build worker power. Instead, we won a defensive victory. Nonetheless, we retain our legal status for collective bargaining and look forward to fighting for reproductive justice, an end to student fees, and a REAL raise for the months and years to come.